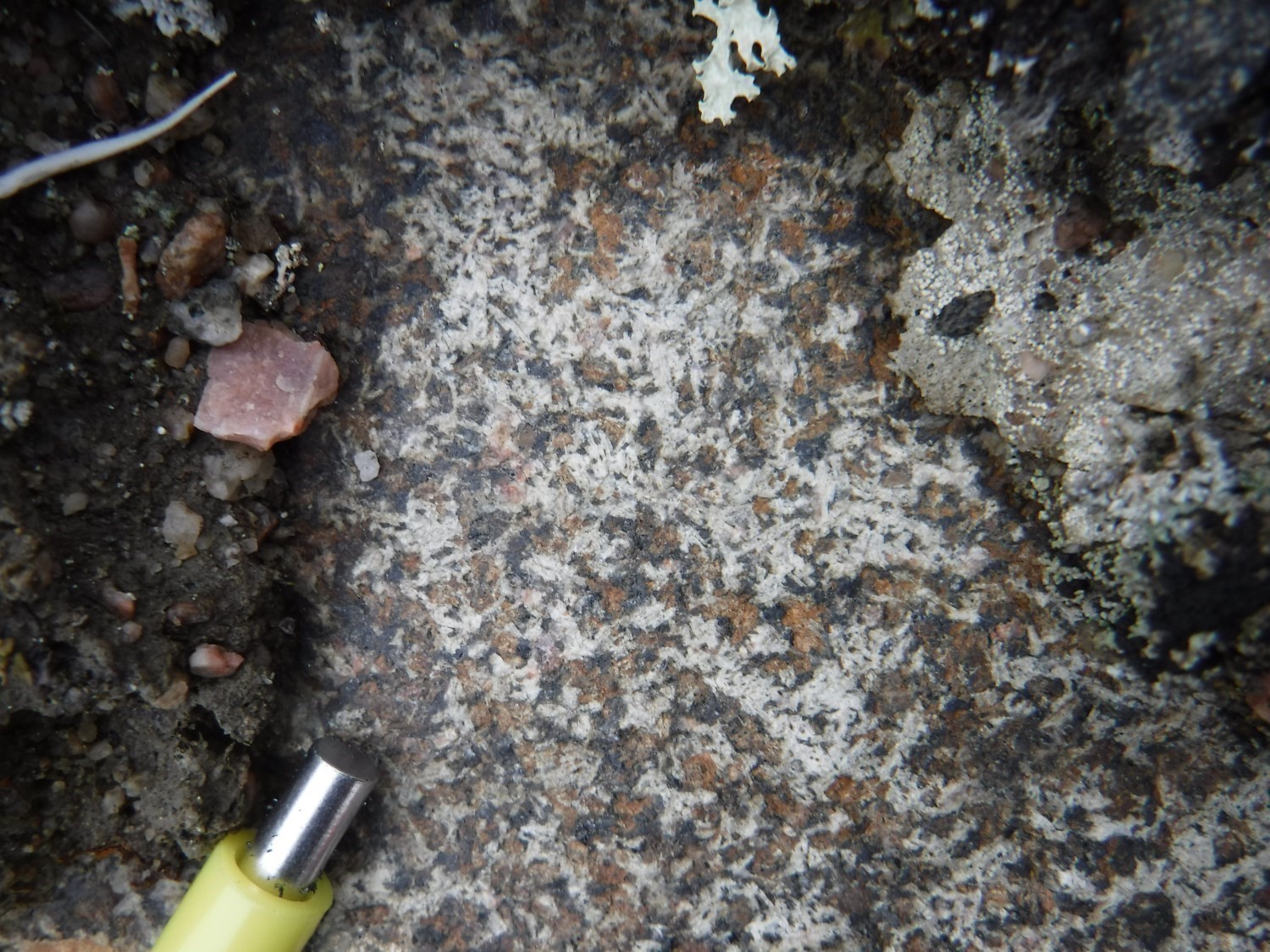 The Nauyok Suite was introduced by Charette and Beaudette (2018) to describe the late, undeformed mafic intrusions that cut other lithologies in the Narsajuaq Lithotectonic Domain (previously Narsajuaq Arc). These intrusions were previously assigned to the Younger plutonic suite of the Narsajuaq Arc (pPNAR2) described by St-Onge and Lucas (1992) and St-Onge et al. (1992). 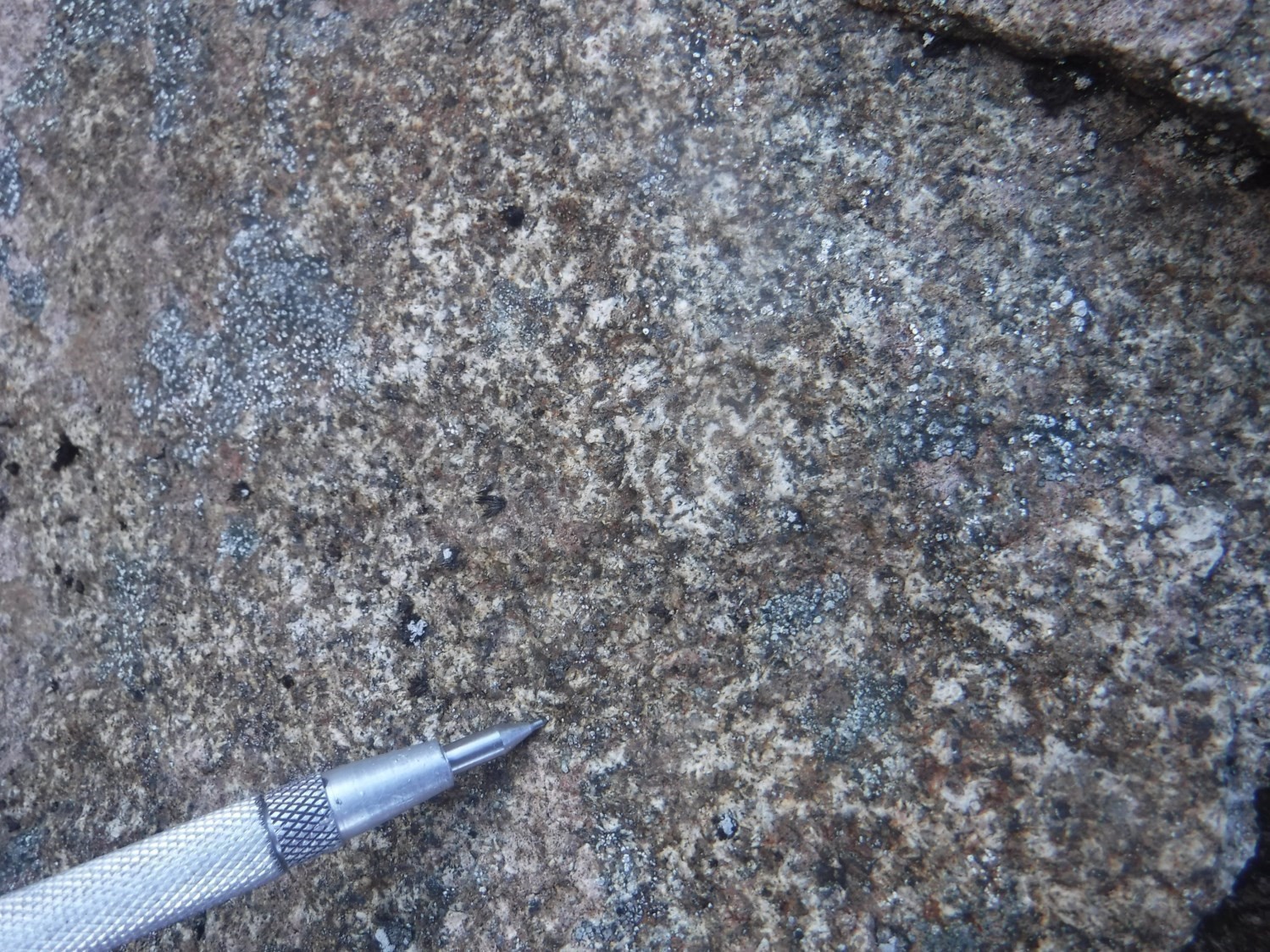 The Nauyok Suite includes several small intrusions dispersed into the Narsajuaq Domain. These intrusions were grouped in a suite to express, on the one hand, their common cross-cutting relationship with other geological units of the arc and, on the other hand, their similar composition. The majority consists of massive clinopyroxene norite with subophitic texture, and are typically white and green. The plagioclase is locally beige to pinkish, possibly caused by saussuritization and hematitization. In fresh exposure, clinopyroxene norite is dark greenish. In some intrusions, greenish grey diffuse zones correspond to a gabbroic composition (loss of orthopyroxene); however, these zones are secondary. In thin section, the subophitic texture is well preserved and mafic minerals are concentrated in clusters. They mainly include orthopyroxene, clinopyroxene and opaque minerals. Mafic minerals are chloritized.

The Nauyok Suite consists of small one to three-kilometre oval intrusions scattered in NTS sheets 35K04 and 35K05.

Clinopyroxene norite of the Nauyok Suite generally occurs in all the outcrops visited. It is intrusive into Paleoproterozoic units of the Narsajuaq Lithotectonic Domain.