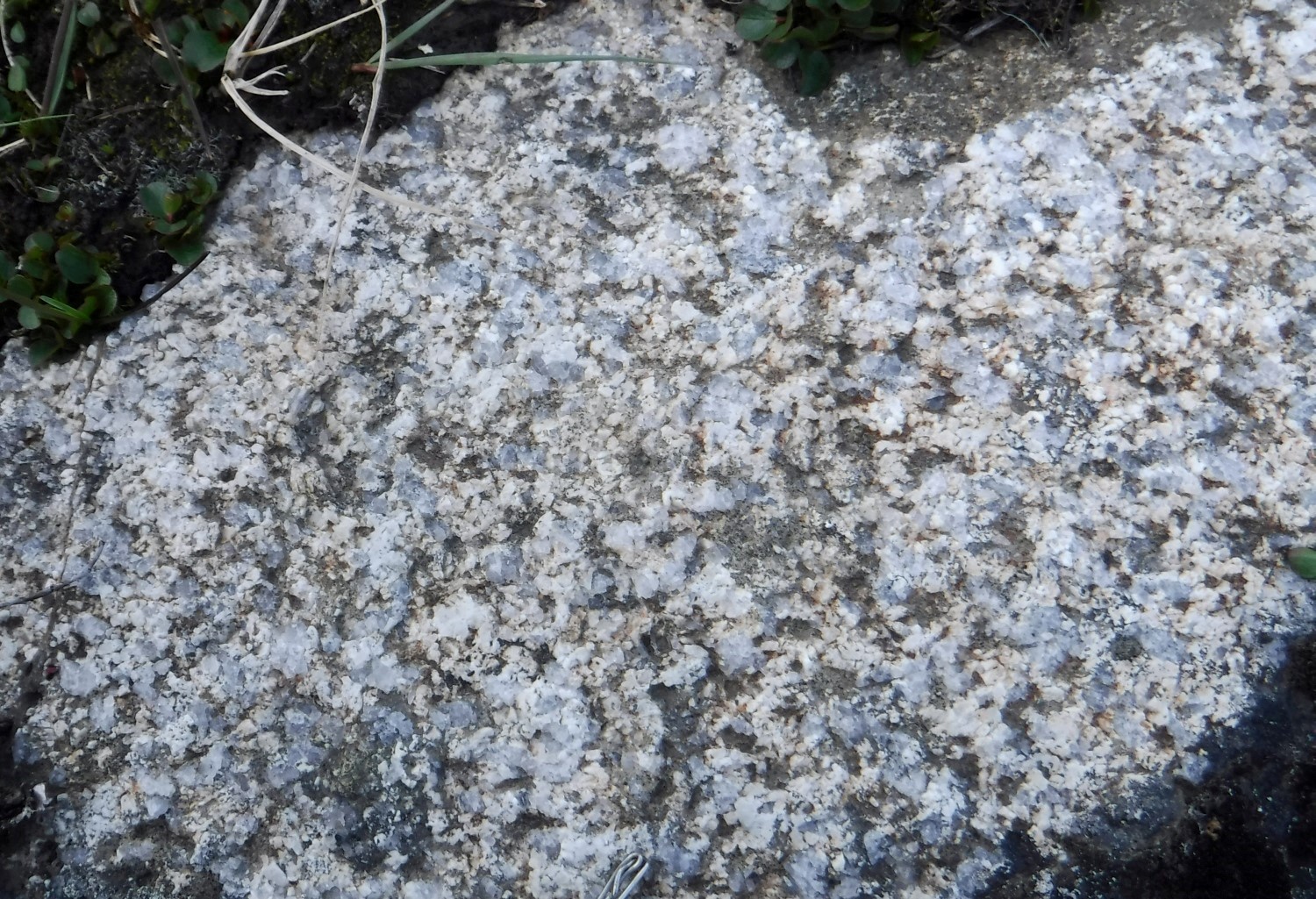 Informal subdivision(s)
Numbering does not necessarily reflect the stratigraphic position.
﻿
None
Related unit(s)

The Sanimuapik Suite was introduced by Beaudette et al. (2020) to individualize tonalite masses intruding volcanic rocks of the Parent Group, which had already been partially mapped by Hervet (1984). 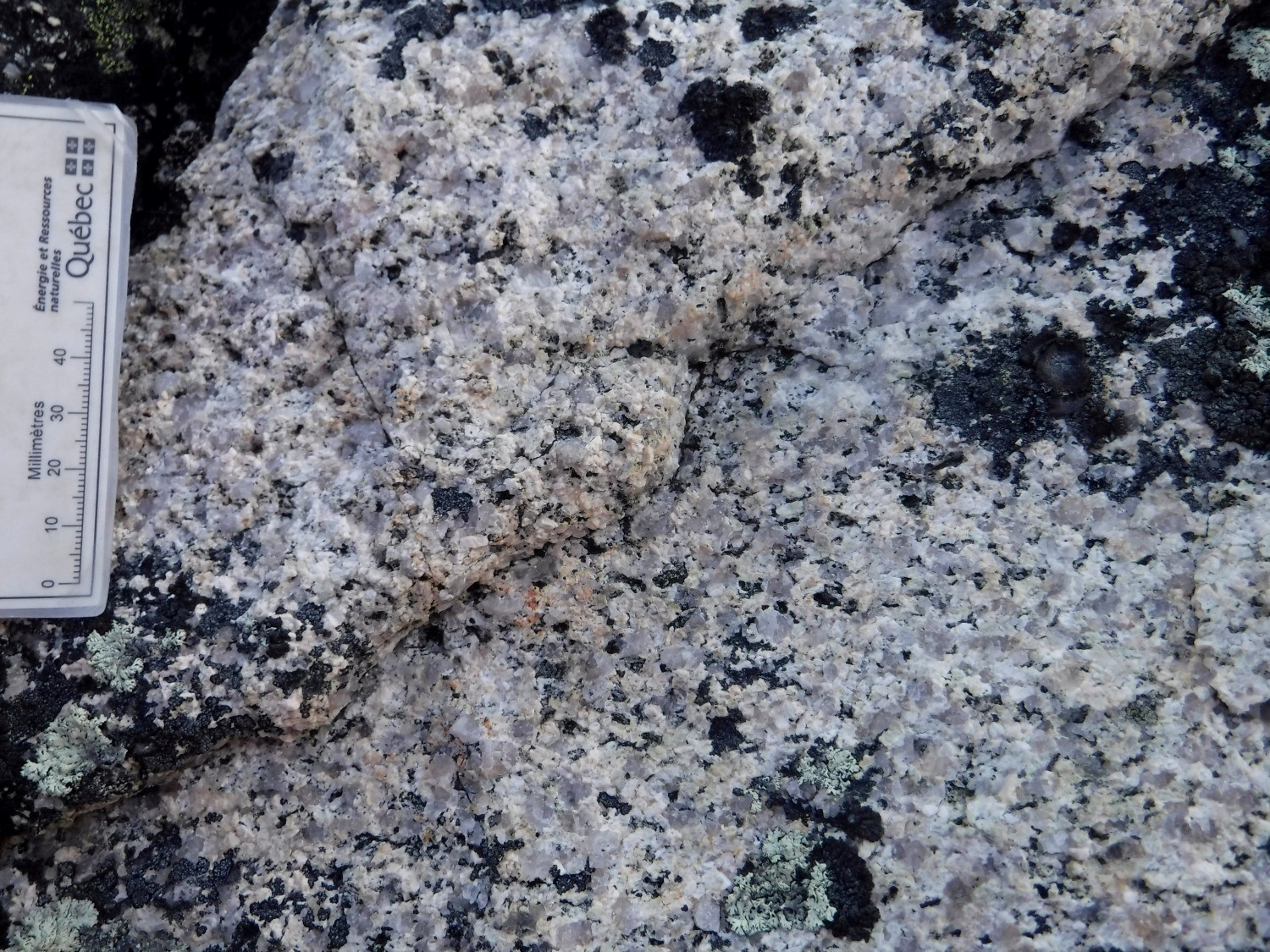 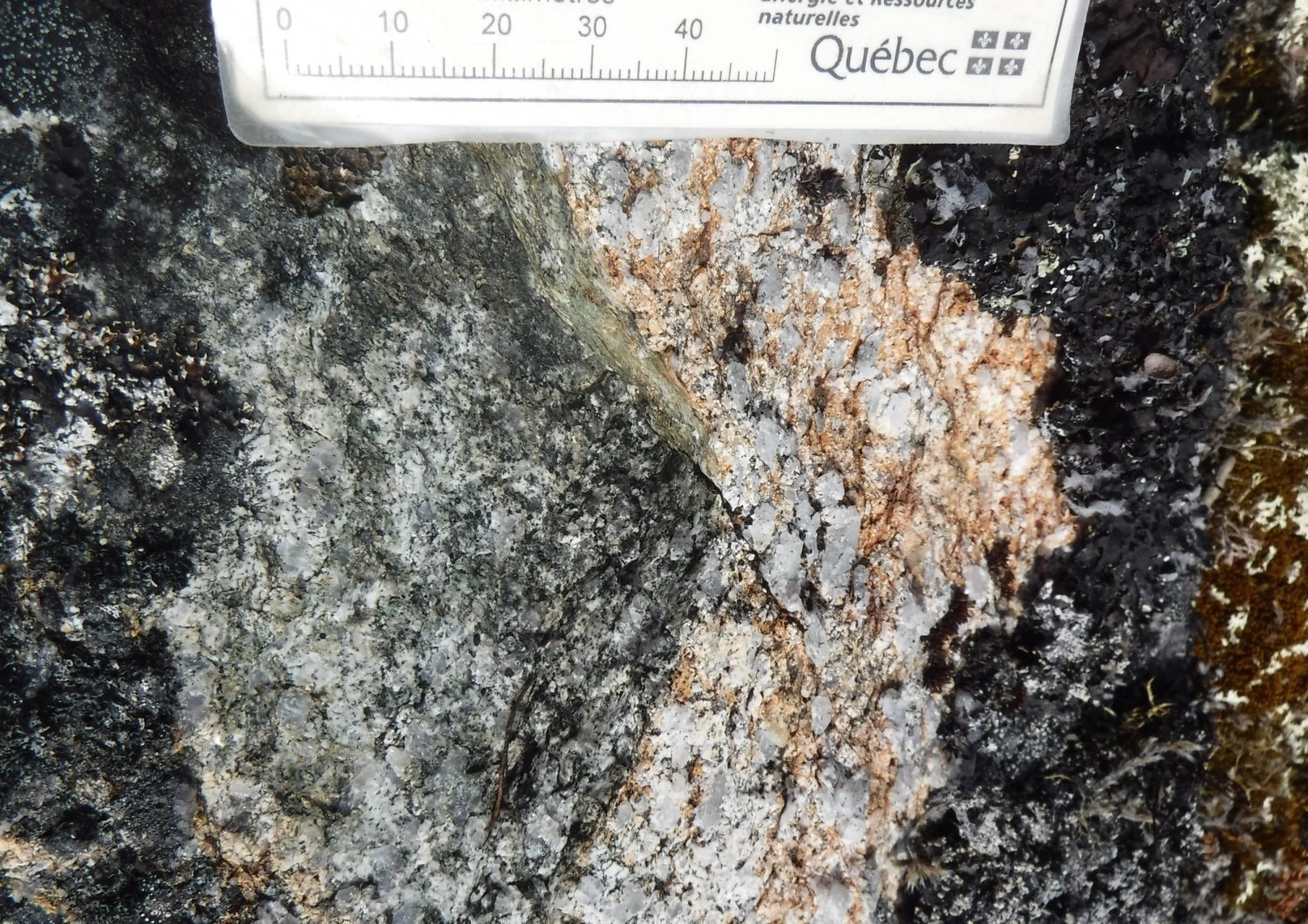 The Sanimuapik Suite consists of tonalite of homogeneous appearance, very light grey in patina and whitish in fresh exposure. It is characterized by the presence of coarse bluish to purplish anhedral quartz grains and stocky laths of milky, slightly greenish euhedral plagioclase. The rock is medium to coarse grained. It contains 20-45% quartz, 45-73% plagioclase, 7-12% ferromagnesium minerals and <3% K-feldspar. In thin section, quartz zones consist of medium to coarse crystals having recrystallized edges and undulatory extinction. Plagioclase is completely replaced by very fine subhedral to euhedral epidote crystals and, to a lesser extent, muscovite flakes. Primary ferromagnesium minerals are completely replaced by clusters of chlorite, quartz, epidote and sphene. Accessory minerals are biotite, apatite, zircon and up to 1% carbonates associated with late alteration. Samples are non-magnetic. Rocks are variably affected by deformation. Their borders are generally foliated and their cores are massive. Thin, metre-thick shear corridors, marked by chloritic planes and a reduction in grain size, are observed in places.

The Sanimuapik Suite comprises four intrusions. The largest are exposed in the roof of the Qiqaviq Fault, in the central parts of sheets 35G11 and 35G12, south and east of Ammaluttuq Lake. The two main intrusions are oblong in shape and oriented ESE to ENE. In plan, they are 4 km to 10.5 km long and 500 m to 1500 m wide.

A Paleoproterozoic age was obtained for the magmatic crystallization of a foliated tonalite intruding the Parent Group (sample SAB-Z3-84; Parrish, 1989). This sample is interpreted as belonging to an older unit of the Cape Smith Suite. Sample 19-GM-5063-A (outcrop 19-GM-5063), collected in the summer of 2019 (Beaudette et al., 2020), revealed a preliminary age of 1894 Ma (analysis in progress). 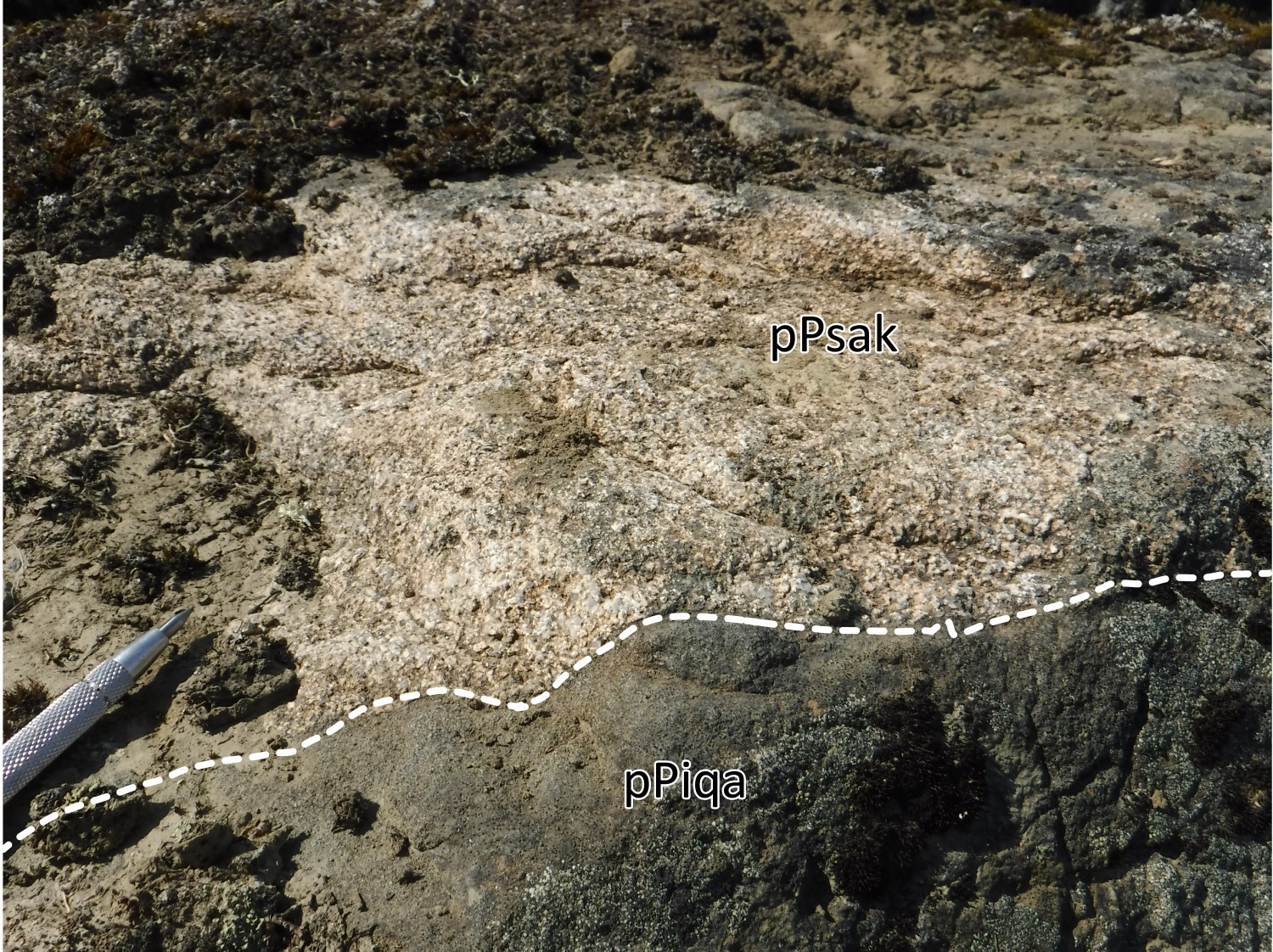