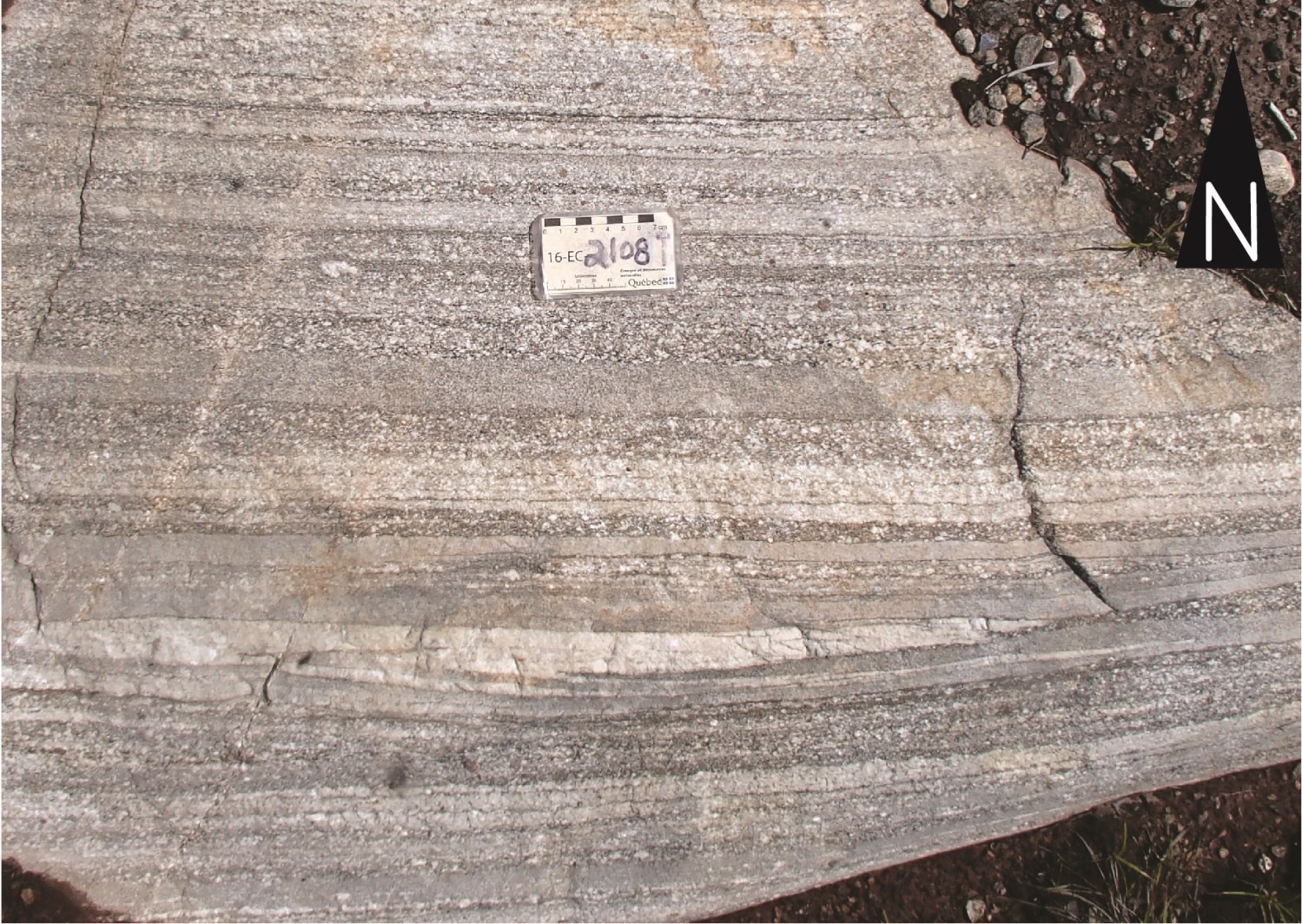 The Chensagi Suite corresponds to the « gray gneiss » unit of Sawyer and Benn (1993) which dominates the central part of the Opatica Subprovince. This unit was designated « Aopa2 » during the mapping of the Olga Lake and Goéland Lake areas, north of Matagami (Goutier et al., 2004; Goutier, 2006). 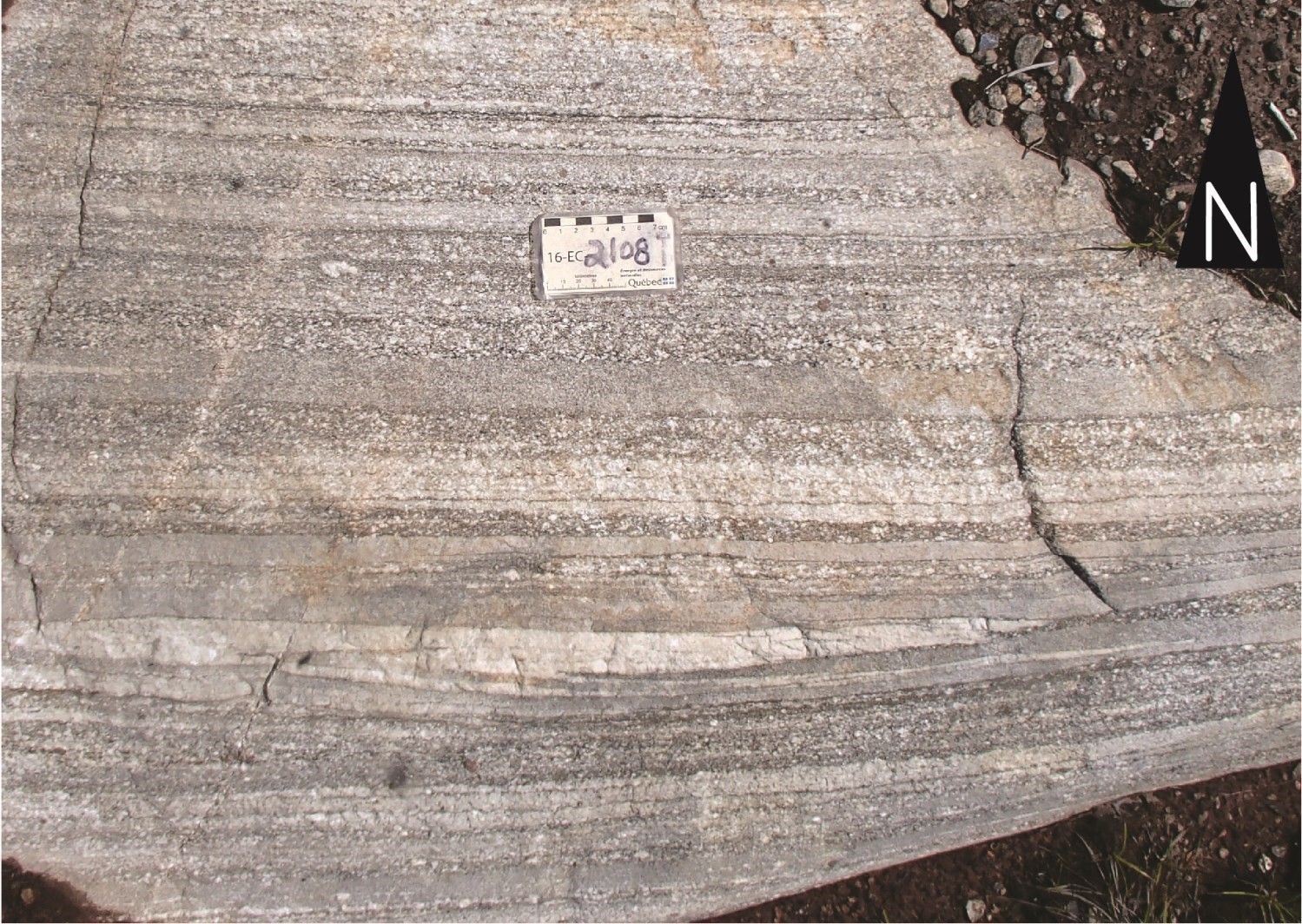 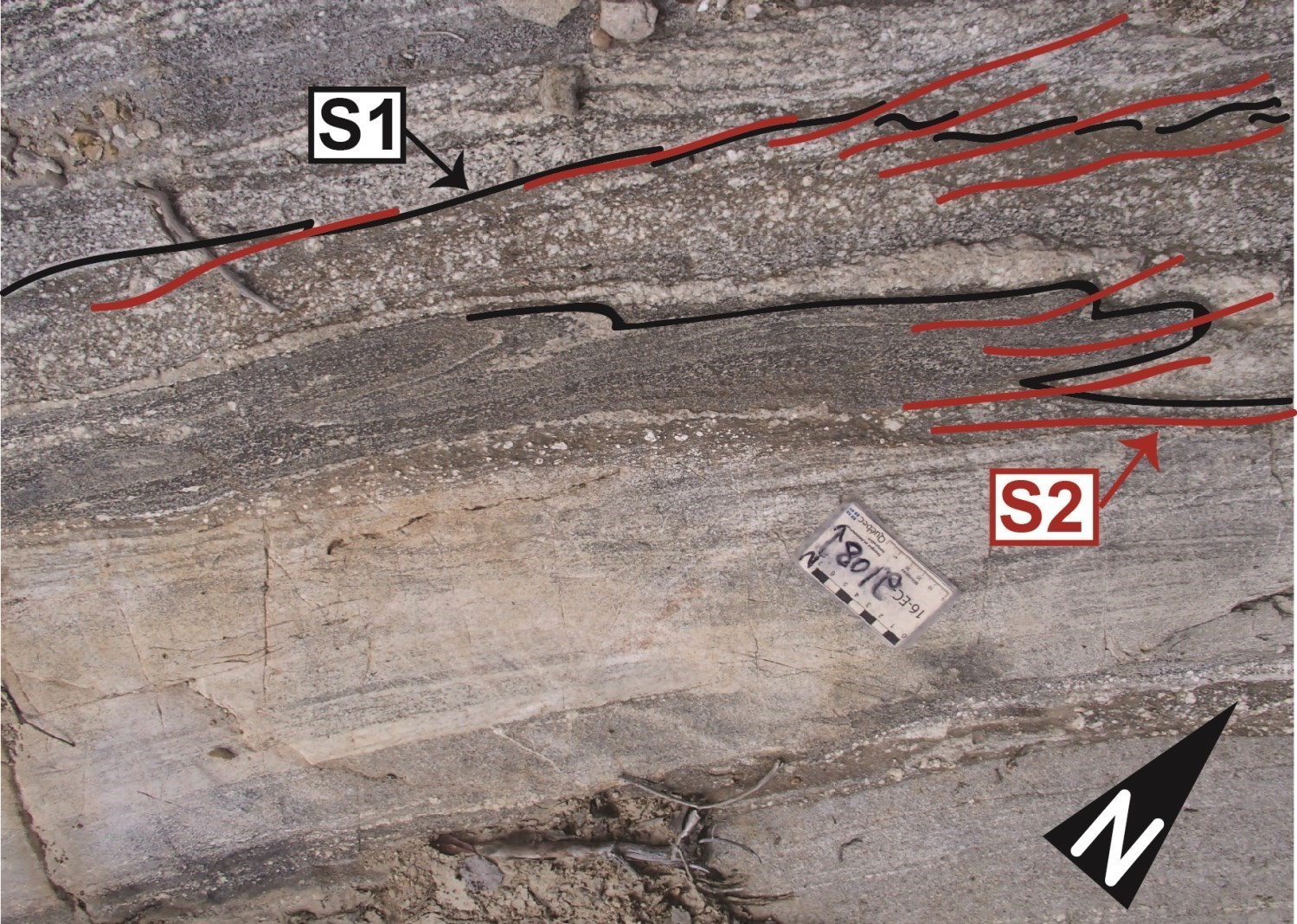 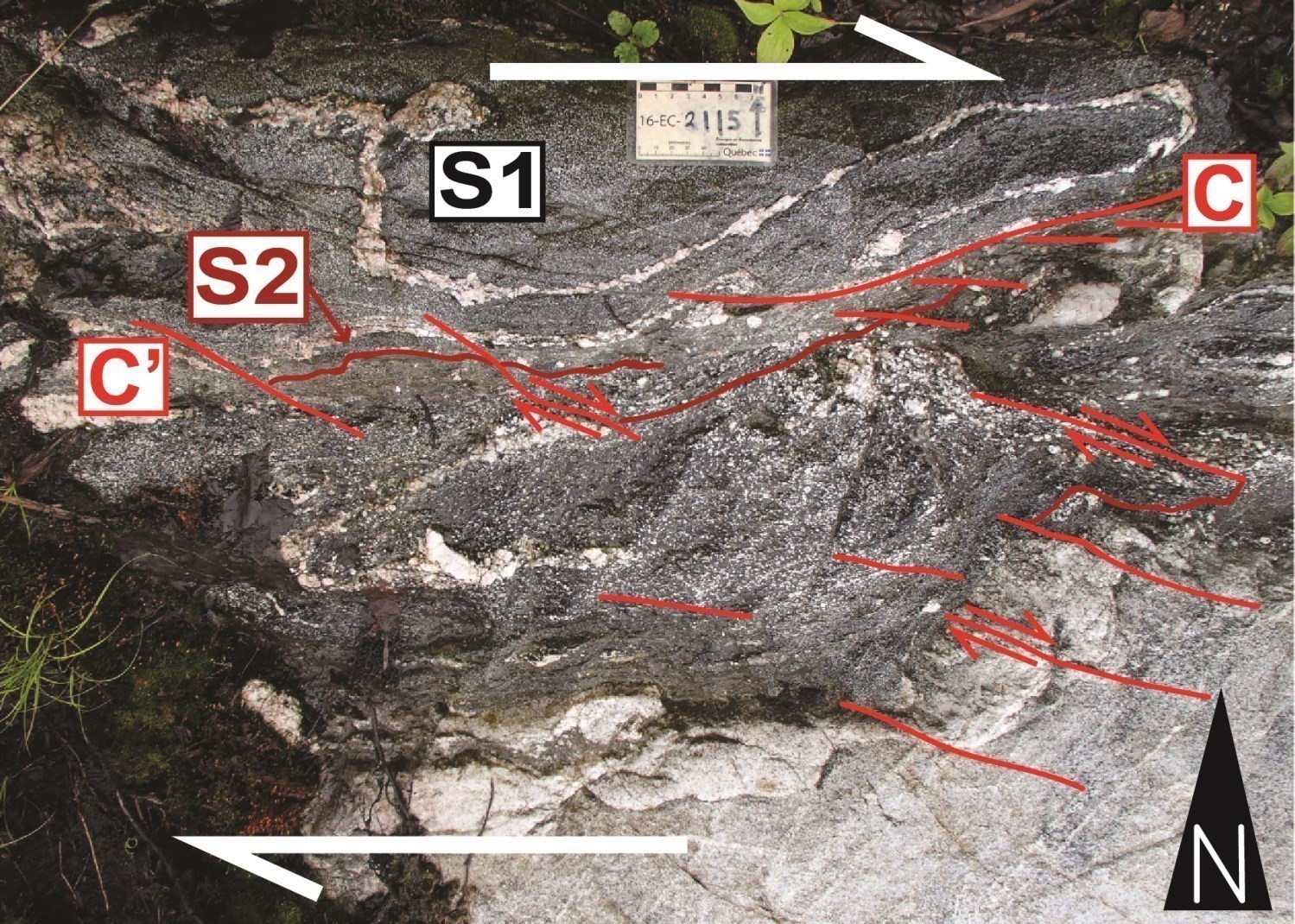 The Chensagi Suite is mainly composed of gneisses of dioritic to tonalitic composition and foliated tonalites. Gneisses are fine to medium grained and have a greyish to brownish gray patina, hence the use of the term « gray gneiss » used by Sawyer and Benn (1993) to refer to these rocks. Gneissosity is defined by the alternation of millimetric to centimetric bands of quartzofeldspathic composition (positive relief) and melanocratic bands rich in biotite and/or hornblende (negative relief). Melanocratic bands also contain magnetite, epidote and hematite. Some outcrops show tonalitic gneisses with melanocratic bands containing millimetric garnet porphyroblasts. Locally, the rock develops a migmatitic structure.

Dating has been done by Davis et al. (1995) on samples collected along two traverses north of Matagami and Chibougamau. Tonalite sample OP300, collected west of Evans Lake (NTS sheet 32K13), gave an age of 2773 ±23 My, interpreted as the precursor age, and a metamorphic age of 2718 ±3 My. Biotite tonalitic gneiss sample OP170, collected southwest of La Vallière Lake (NTS sheet 32J08), gave a crystallization age of 2761 +42/-15 My.

Dioritic and tonalitic gneisses of the Chensagi Suite are the oldest lithodemic unit in the region. They include xenoliths of volcanic and sedimentary rocks that are probably associated with the Broadback Group or the Rocher Complex. They are commonly intruded by biotite granites that belong to the Nottaway Pluton or the Pinède Grise Pluton. They are also cut by mafic dykes of the Chef Dyke Swarm, the Senneterre Dykes and the Paleoproterozoic Biscotasing Dykes.