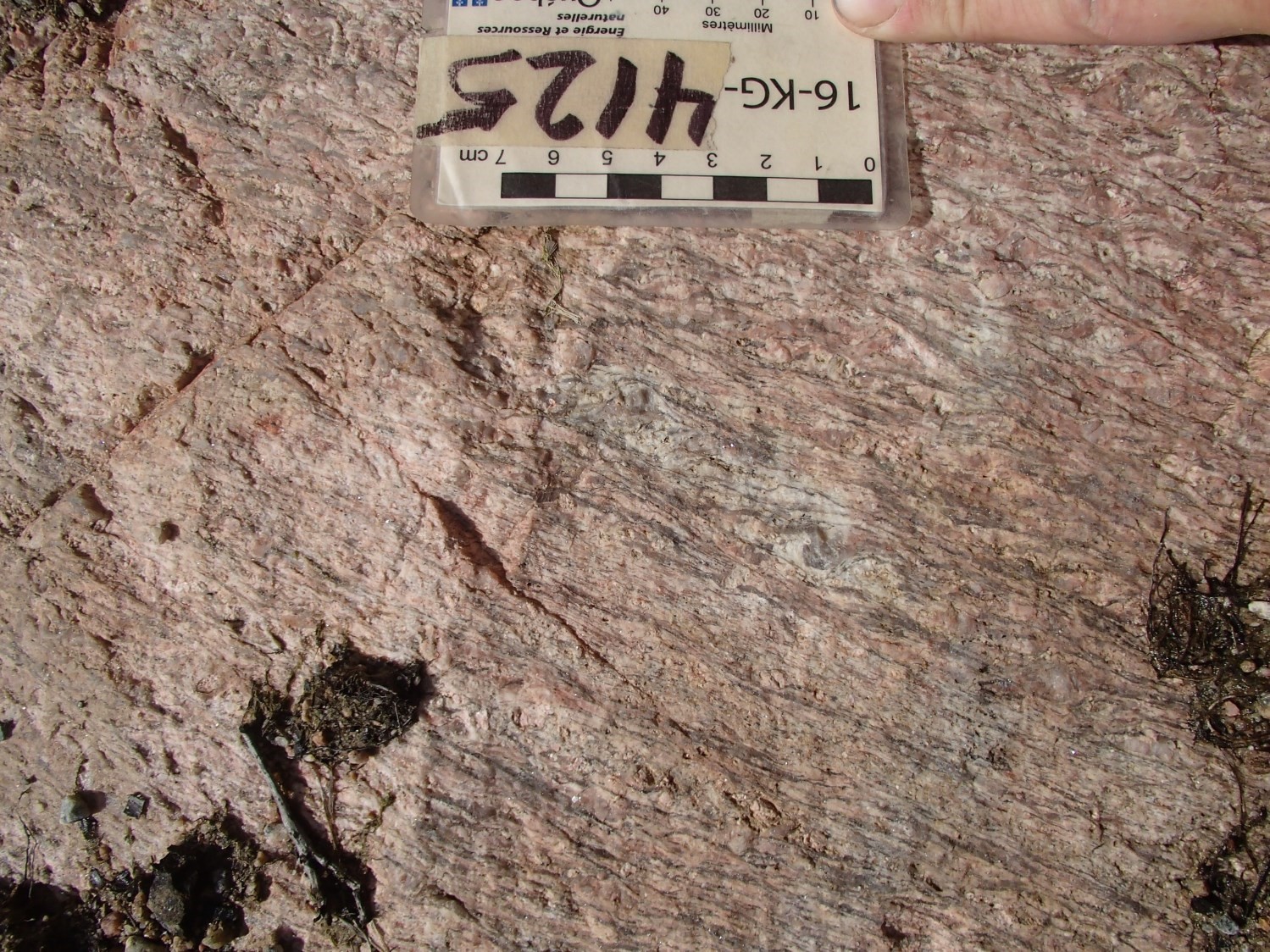 « Ultrametamorphic pink granites » associated with the Nottaway Shear Corridor were initially described in Sawyer and Benn (1993) and have been dated (U-Pb) by Davis et al. (1995). The southern contact of this intrusion was later defined during mapping work by Goutier and Leclerc-Cloutier (2006a and 2006b) using geophysical data. The work of Leclerc and Caron-Côté (2017) allowed to trace the contacts of the unit that were designated as the Nottaway Pluton in NTS sheets 32K01, 32K02, 32K07 and 32K08. The unit boundaries in NTS sheet 32K06 are still to be clarified. 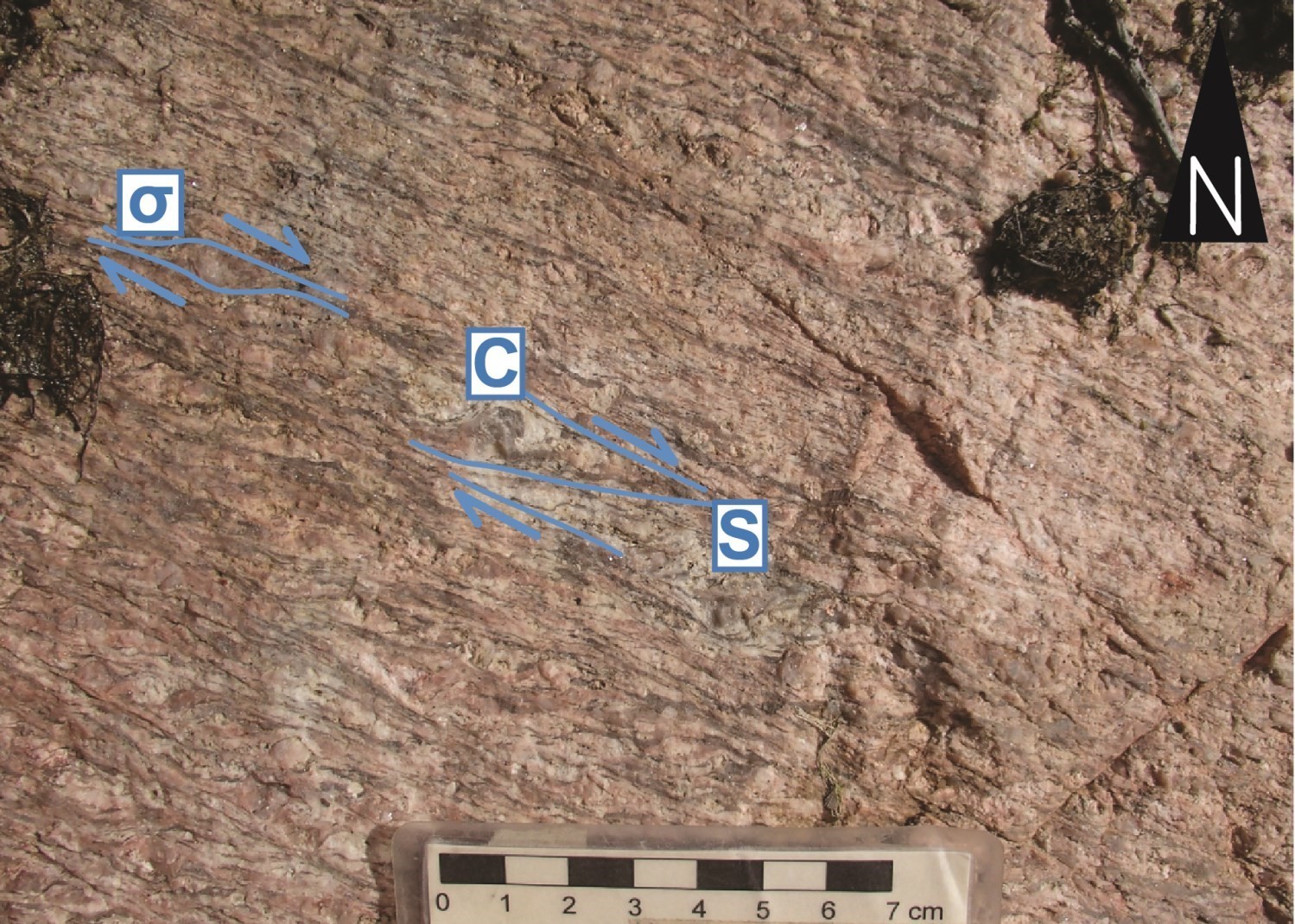 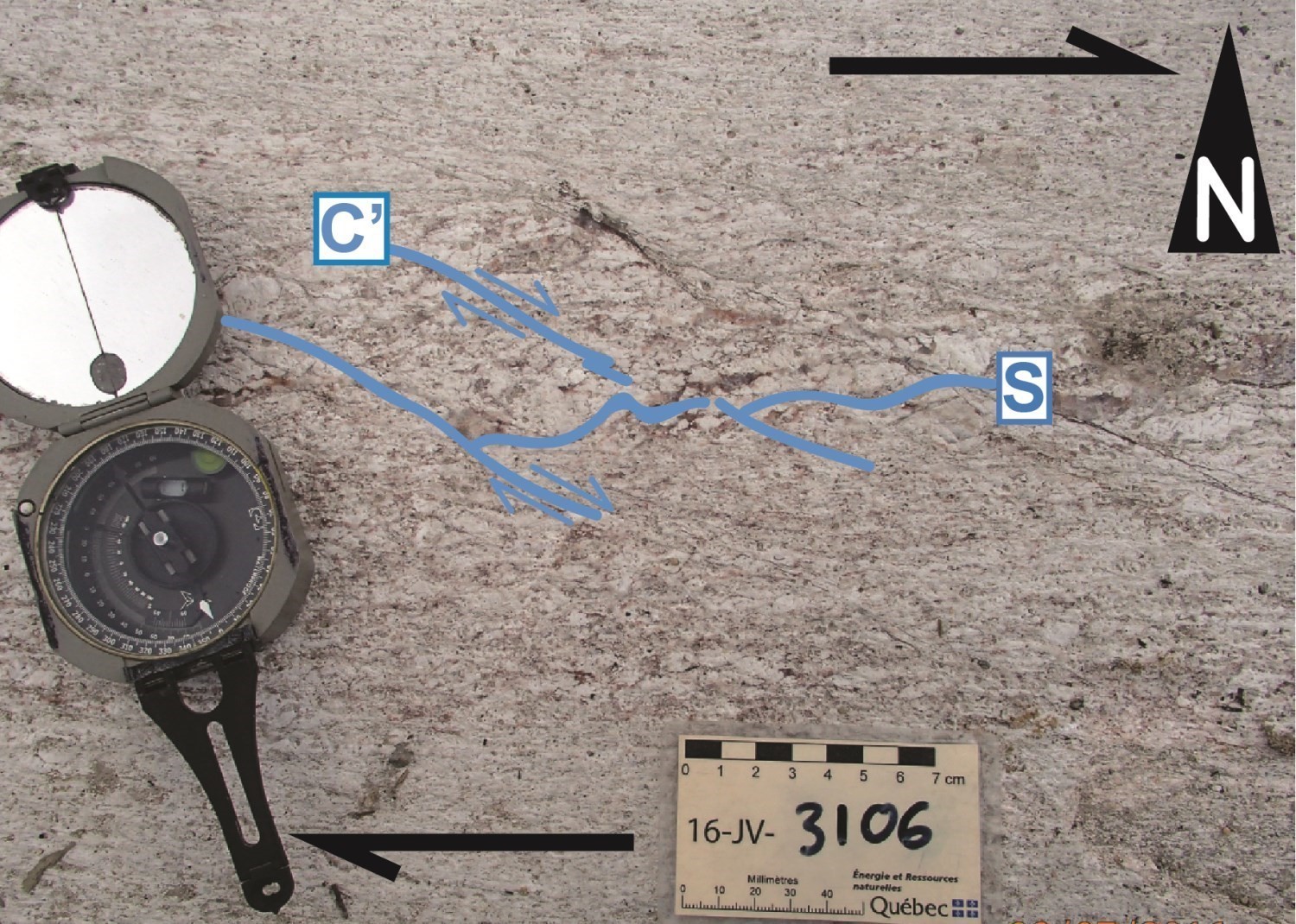 The Nottaway Pluton is essentially composed of medium to coarse-grained biotite magnetite (± hornblende) granite. The rock has a pinkish beige patina and commonly contains xenoliths of diorite, amphibolite and dioritic gneiss. This intrusion is characterized by heterogeneous deformation marked by rapid changes in structure; massive and homogeneous granite can thus be quickly replaced by a foliated or gneissic granite. In this gneiss, quartzofeldspathic leucocratic bands are commonly hematitized and show a light pink to dark color depending on the intensity of alteration. Melanocratic bands are rich in ferromagnesian minerals such as biotite, magnetite and, more locally, hornblende. In the NW-SE deformation zones of the Nottaway Shear Corridor, granite even develops a mylonitic structure characterized by asymmetric fabrics showing essentially dextral movement (Sawyer and Benn, 1993).

The Nottaway Pluton is an NW-SE oriented intrusion and outcrops more than 75 km parallel to the Nottaway Shear Corridor route (NTS sheets 32K01, 32K02, 32K07, 32K08). The width of the intrusion reaches 15 km and it covers an area of approximately 1300 km2.