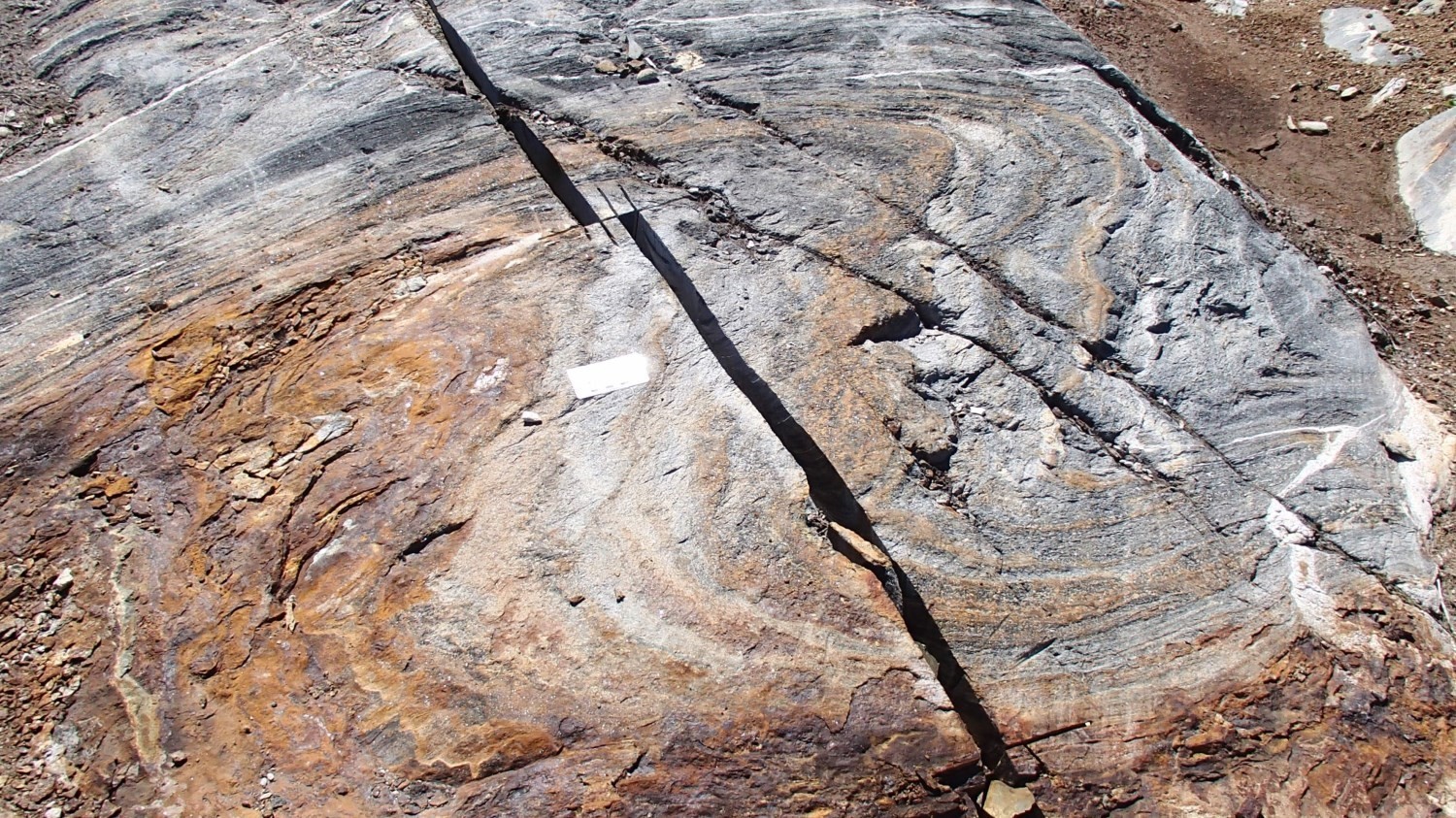 The Rocher Complex was defined by Brisson et al. (1998) to designate a band of metamorphosed and commonly migmatitized rocks located on the edge of the Nipukatasi Massif. Rocks of this unit correspond almost exactly to metamorphic zones 4 and 5 of Franconi (1974). 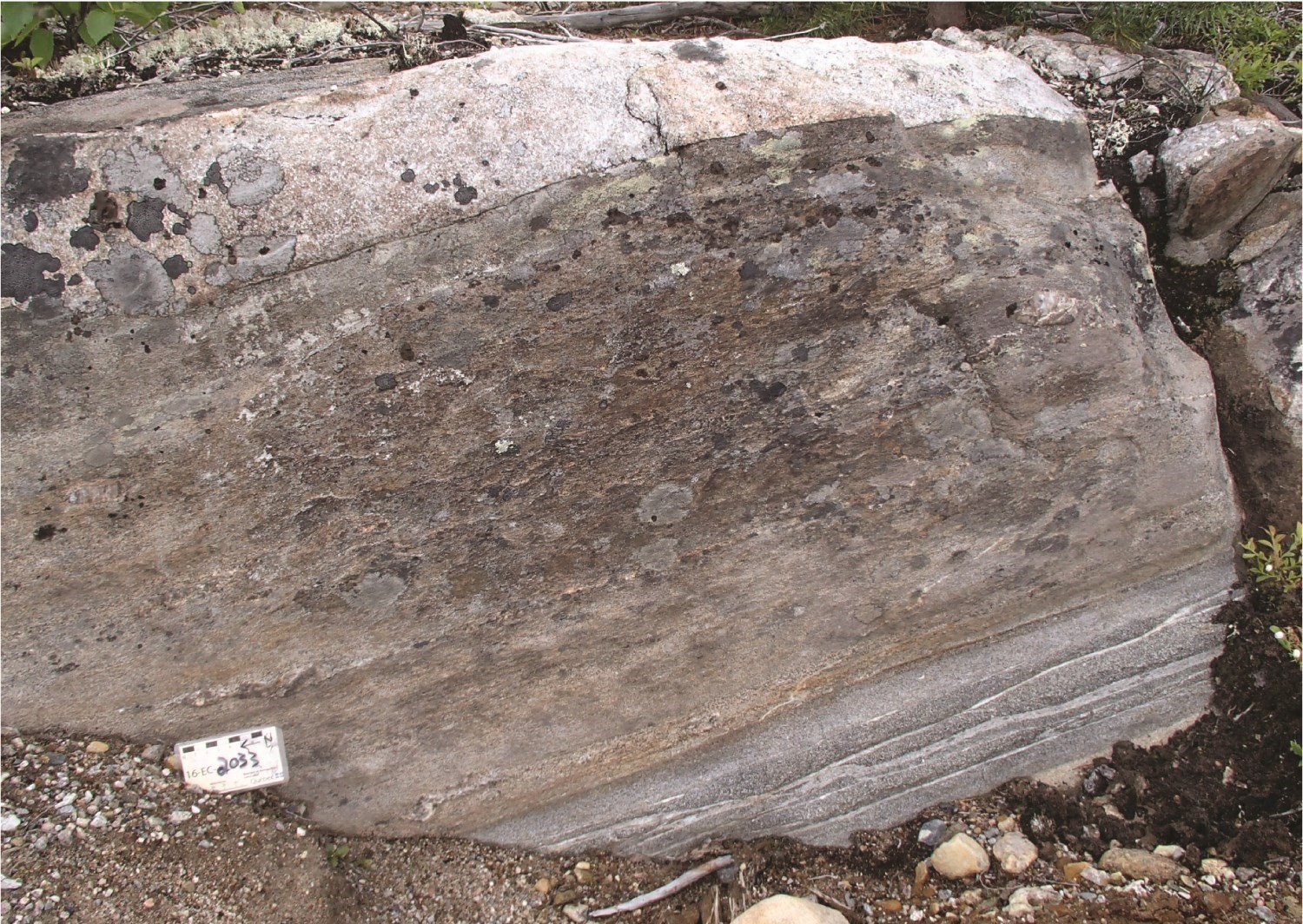 The nAroc1 unit paragneiss has a quartzofeldspathic composition and contains 10 to 20% of mafic minerals (biotite and sometimes amphibole) more or less concentrated in bands a few centimeters to a few decimetres thick (Brisson et al., 1998). These rocks are migmatitized in the northern part of Rocher Lake. Primary structures are therefore most often obliterated, except in a few places where wackes and mudrocks have been identified. SE of Rocher Lake (SW of NTS sheet 32K09), paragneisses show a banding characterized by the alternation of leucocratic quartzofeldspathic bands and biotite-rich melanocratic bands that locally contain centimetric porphyroblasts of garnet and andalusite. Melanocratic layers are commonly rusty because of sulphide content (pyrite) and are in some places altered to epidote and hematite. 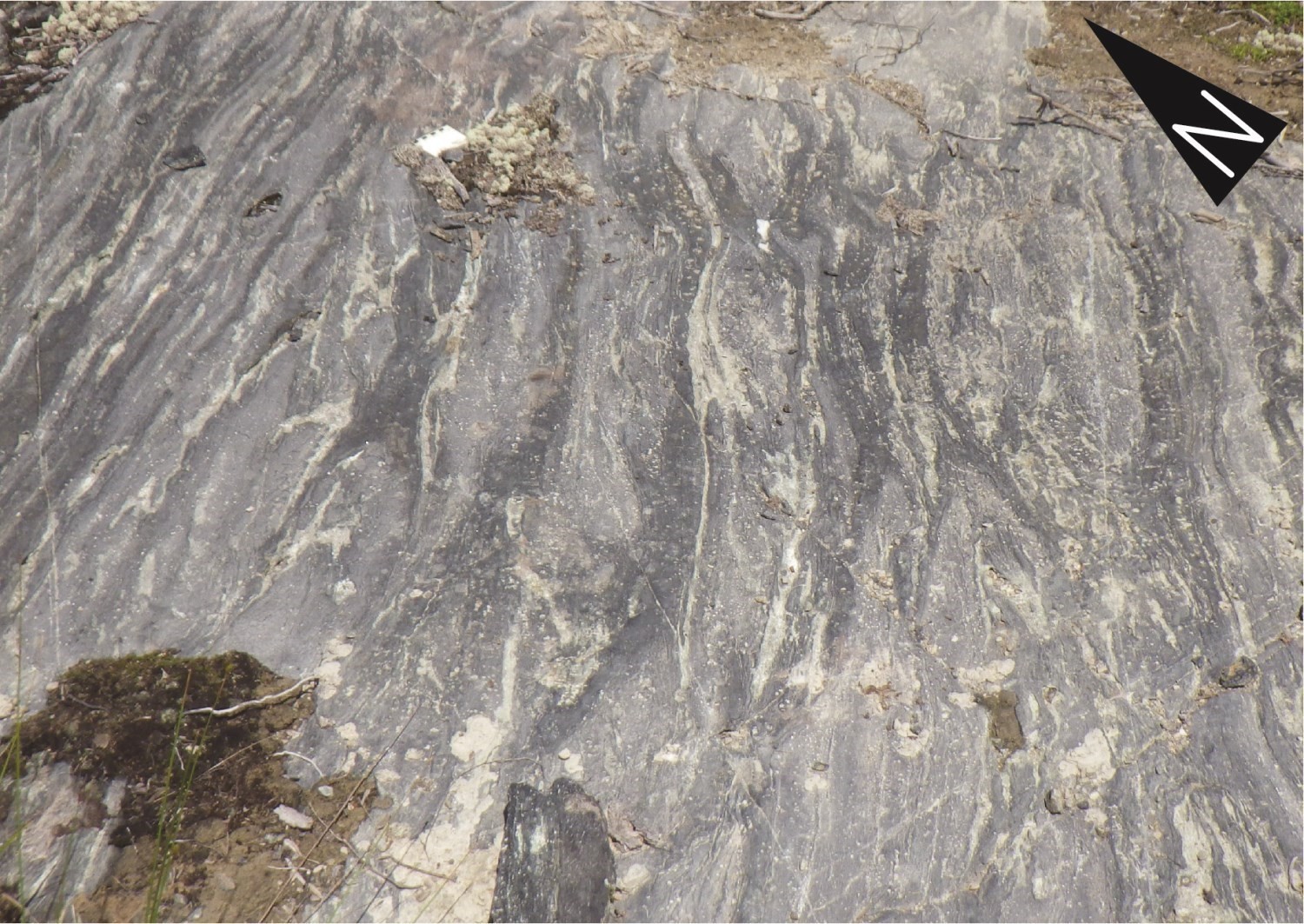 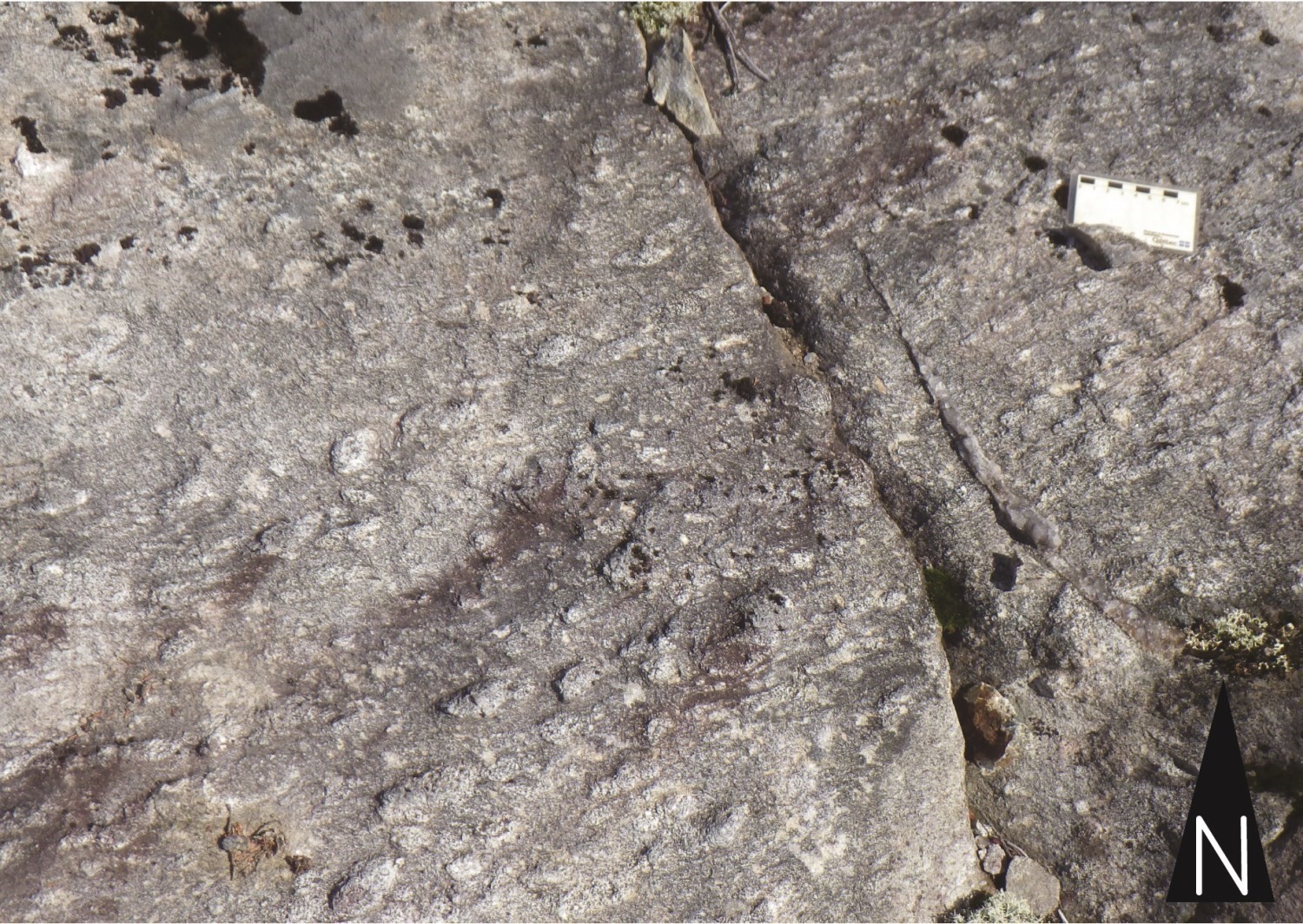 Amphibolites occur essentially in the SW part of the complex and generally form important lenses within the paragneiss unit (Franconi 1974; Brisson et al., 1998a). Amphibolites are also outcropping on the edge of a dioritic intrusion belonging to the Salamander Intrusive Suite (nAsam2) SE of Rocher Lake (SW of NTS sheet 32K09 and NW part of NTS sheet 32K08). Primary structures, such as pillows, are locally preserved, which confirms the extrusive nature of the unit as already presumed by Franconi (1974). The core of preserved pillows locally contains garnet porphyroblasts strongly retromorphized to albite and chlorite. Geochemical analyses confirm a tholeiitic affinity (Brisson et al., 1998; Leclerc and Caron-Côté, 2017). Medium to coarse lapilli tuffs with intermediate composition have been observed locally. Fragments size varies from a few millimeters up to 5 cm; mafic lapilli are dark gray and felsic fragments are beige. The matrix of these tuffs is composed of feldspar, quartz, biotite and locally includes disseminated sulphides which give the rock a rusty patina.

Gneisses have a quartzofeldspathic composition and contain up to 10% biotite. They are migmatitized and appear at the eastern boundary of the Rocher Complex (Franconi, 1974).

Nodular diorite intrusions are foliated and locally massive. According to Franconi (1974), they result from pre-tectonic means.

The Rocher Complex is an NE-SW oriented band located at the edge of the Nipukatasi Massif. Its width reaches 5 km for an area of about 130 km2.

The Rocher Complex is essentially composed of paragneiss and is therefore considered, at least in part, to be equivalent to sedimentary rocks of the Broadback Group (Brisson et al., 1998).