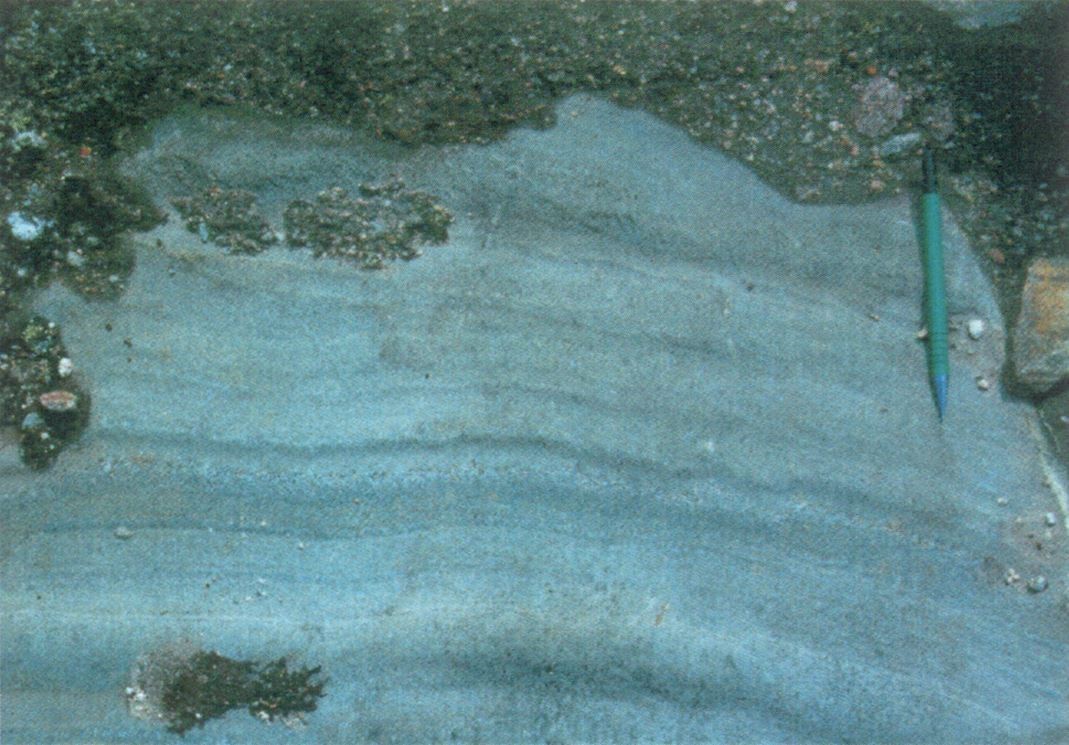 The term Melvin Belt was introduced by Simard et al. (2008) to group felsic rocks of the Natwakupaw belt (informal name), originally associated with the Melvin Complex. The Melvin Complex was named in the Eau Claire Lake area (Simard et al., 2004) where it was subdivided into four subunits: (1) felsic rocks; (2) amphibolites; (3) paragneiss; and (4) granoblastic diorite and gabbro. Subunits 2, 3 and 4 were also recognized in the Minto Lake area a little farther north (Simard, 2008). Simard et al. (2008) reassigned amphibolite and paragneiss klippes of the Melvin Complex to the Innuksuac Complex based on the similarity of lithological assemblages and the regional distribution of these units. They also reassigned the granoblastic diorite and gabbro unit to the Bacqueville Suite because of lithological and geochemical similarities observed in rocks of these two units in the Minto Lake area (Simard et al., 2005; Chevé, 2005). As a result of these modifications, the Melvin Complex included only felsic rocks concentrated in the Natwakupaw belt located in the Eau Claire Lake area. Simard et al. (2008) then gave the belt the formal name Melvin Belt. The terms “Melvin Complex” and “Natwakupaw Belt” have been abandoned. This unit is named after Melvin Lake, ~15 km to the NE (sheet 34B15). 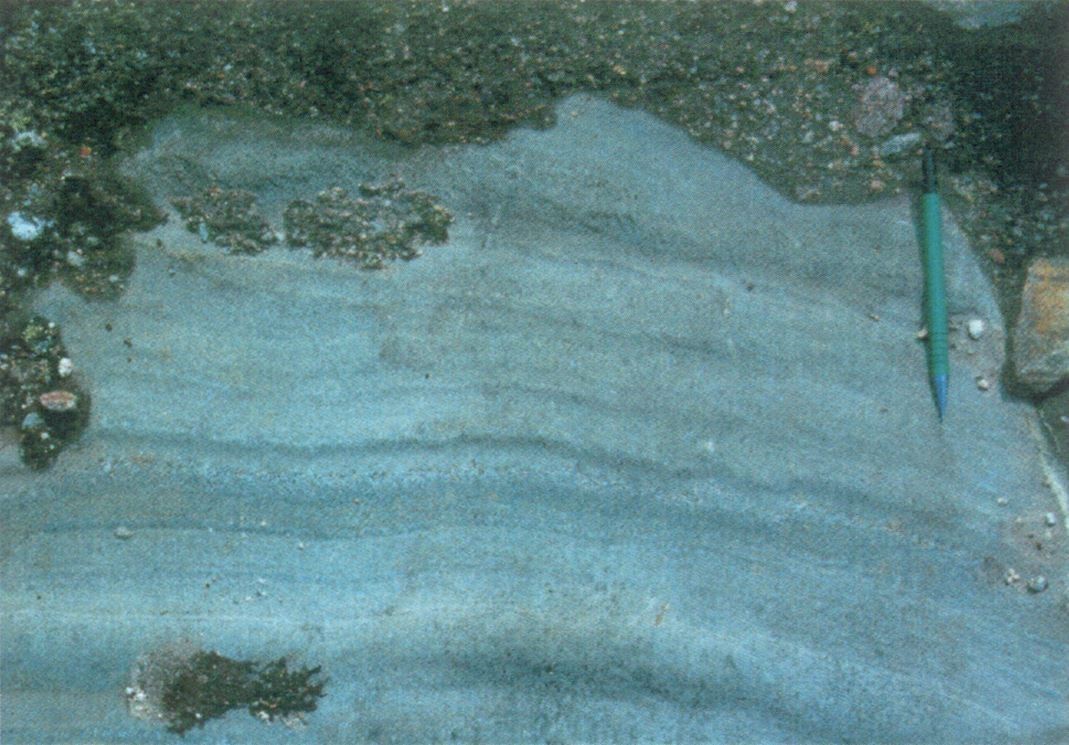 The Melvin Belt consists of felsic metamorphic rocks likely derived from a mixture of lava and tufs (Simard et al., 2004; Simard et al., 2008; Simard, 2008). The rock is greyish to slightly greenish, whitish in altered surface. Its appearance varies from massive to laminar. It is very fine-grained and contains, in several places, quartz phenocrystals. Most rocks are highly deformed and have a mylonitic foliation in several places. However, primary textures have been preserved locally. Felsic volcanics are calc-alkaline in affinity (Simard et al., 2008; Simard, 2008).

According to Simard et al. (2004, p. 10): “Locally, some decametric rusty and pyritous zones were observed within this unit. In thin sections, felsic rocks are very fine-grained and have a granoblastic texture consisting of small grains of quartz, plagioclase and K-feldspar in varying amounts. Foliation is well-developed and marked by the presence of small brown to greenish-brown, partially chloritized biotite sheets. Several samples contain coarser quartz crystals that have been completely recrystallized, subrounded or slightly stretched in foliation. Small epidote clusters are superimposed on biotite. Magnetite, muscovite, apatite and zircon are in minor amounts, while allanite, sphene and carbonates are rare. Intense sericitization of plagioclase is observed in a few samples.”

The Melvin Belt forms a narrow band (close to 30 km by 2 km on average) generally oriented NW-SE and centred on Natwakupaw Lake (sheet 34B11). It also forms a small klippe a few hundred metres long, ~50 km SW of the main strip, near the contact with Proterozoic rocks of the Richmond Gulf Group (Simard et al., 2004).