In its reconnaissance of northern Quebec and Labrador, Taylor (1979) reported lamprophyres. Dykes were rediscovered during a regional mapping campaign in 1991 (Digonnet, 1997). The petrographic study of samples reveals the presence of diamonds. This led to exploration and mapping work in the Abloviak Fjord (NTS sheet 24P06) and Jacques Rousseau Mountain (sheet 24P07) area (Marchand, 2005). Digonnet et al. (2000) conducted a first in-depth petrological characterization that linked these lamprophyres to the families of aillikites and melnoites and dated these intrusions to 550 Ma. Another dyke was discovered in the summer of 2017 (Mathieu et al., 2018) in the Grenfeld Sound area (sheet 25A). 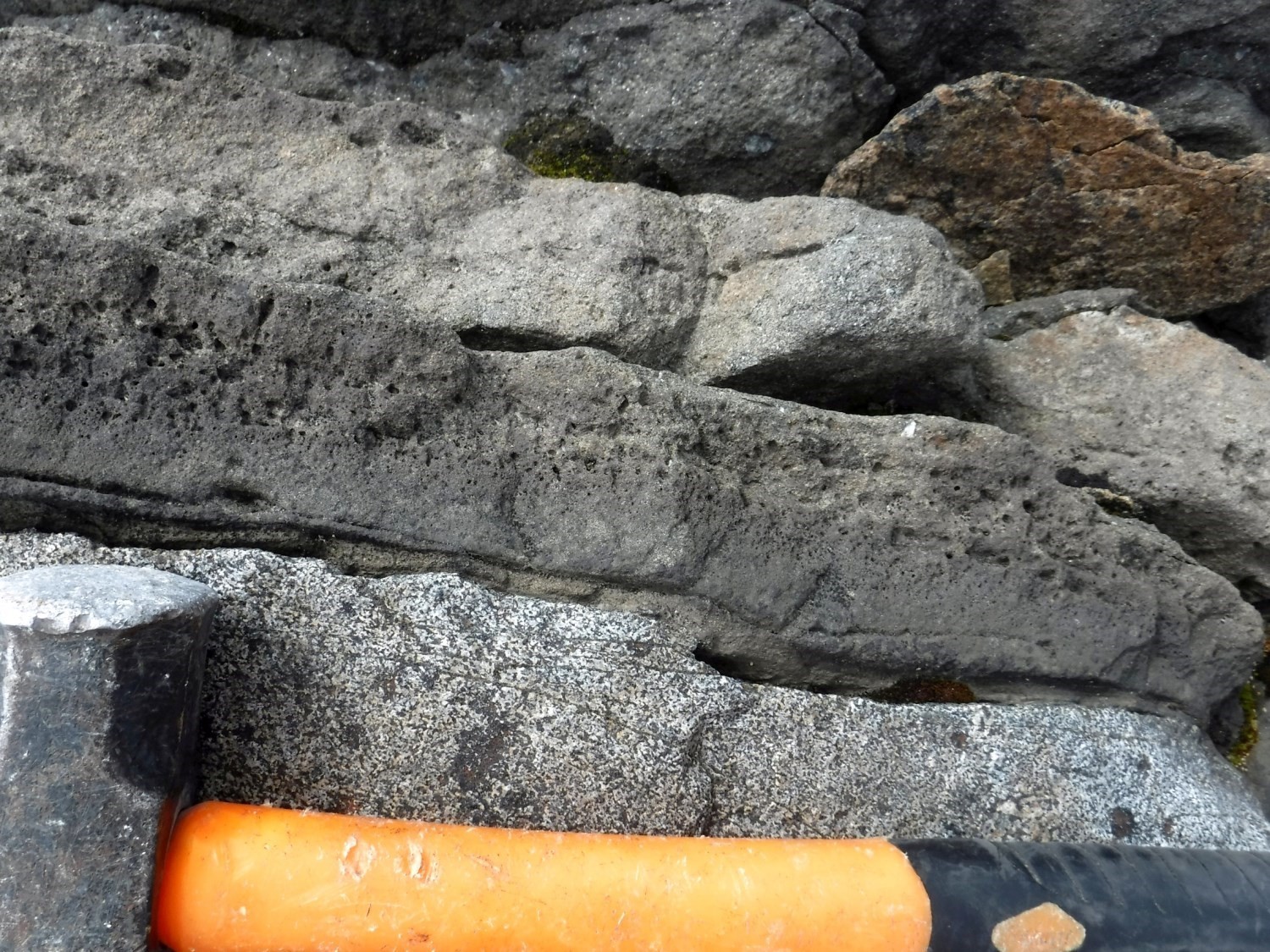 The majority of the dykes are oriented 020º to 060º, but some were emplaced in the regional foliation. They are magnetic and have a grey-green to brown-green alteration patina and a dark green colour in fresh exposure. They have little resistance to weathering and are systematically in negative relief relative to the host rock. Dykes are massive, locally stratified. The presence of crustal xenoliths (gneiss and granitoids), subangular to rounded, and mantellic xenoliths (glimmerite, dunite, websterite) is reported by Marchand (2005).

Samples have a heterogranular texture with megacrystals of rounded olivine, garnet (andradite), phlogopite, ilmenite, more rarely diopside, enstatite, rutile, apatite and exceptionally diamond in a finer-grained matrix. The matrix is composed of altered microcrystals of olivine and phlogopite, but also apatite and spinel-associated perovskite, which are themselves surrounded by an even finer-grained matrix (mesostase) of spinel, perovskite, apatite, ilmenite, chromite, serpentine, chlorite, olivine, and interstitial carbonates. Accessory phases are iron and nickel sulphides associated with spinel. The dyke walls are altered and the host rock has a bluish colour. Digonnet et al. (2000) observed a chilled margin enriched in carbonate.

Marchand (2005) conducted a chemical study of indicators mineral of samples from two dykes. Analysis of nickel content in olivine involves mantellic origin (0.38% NiO on average). Chromite is alumino-magnesian. Several generations of phlogopite are present. Mega and microcrystals are zoned, with a dark phlogopite core and a lighter rim of tetraferriphlogopite or eastonite. Micas in the matrix are also composed of tetraferriphlogopite. Analyzed spinels are mainly titanomagnetites, which rim megacrystalline chromite.

Digonnet et al. (2000) demonstrated the existence of a vast alkaline province stretching from western Greenland to the Labrador Peninsula. In the Point le Droit area (sheet 24P), five subvertical dyke systems were mapped on Abloviak Fjord cliffs and Alluviaq Creek valley slopes. The thickness varies from 1 cm to 5 m. A decimetric dyke was discovered on the Ungava Bay coast in the Ikkudliayuk Fjord area (outcrop 17-IL-3111, sheet 25A02).

Digonnet et al. (2000) correlated the argon with 42 analytical points on three phlogopite flakes to obtain an approximate age of 550 Ma. These authors correlated the intrusion of these dykes with the beginning of the Iapetus Ocean’s opening at the end of the Neoproterozoic (600 Ma) and early Cambrian. 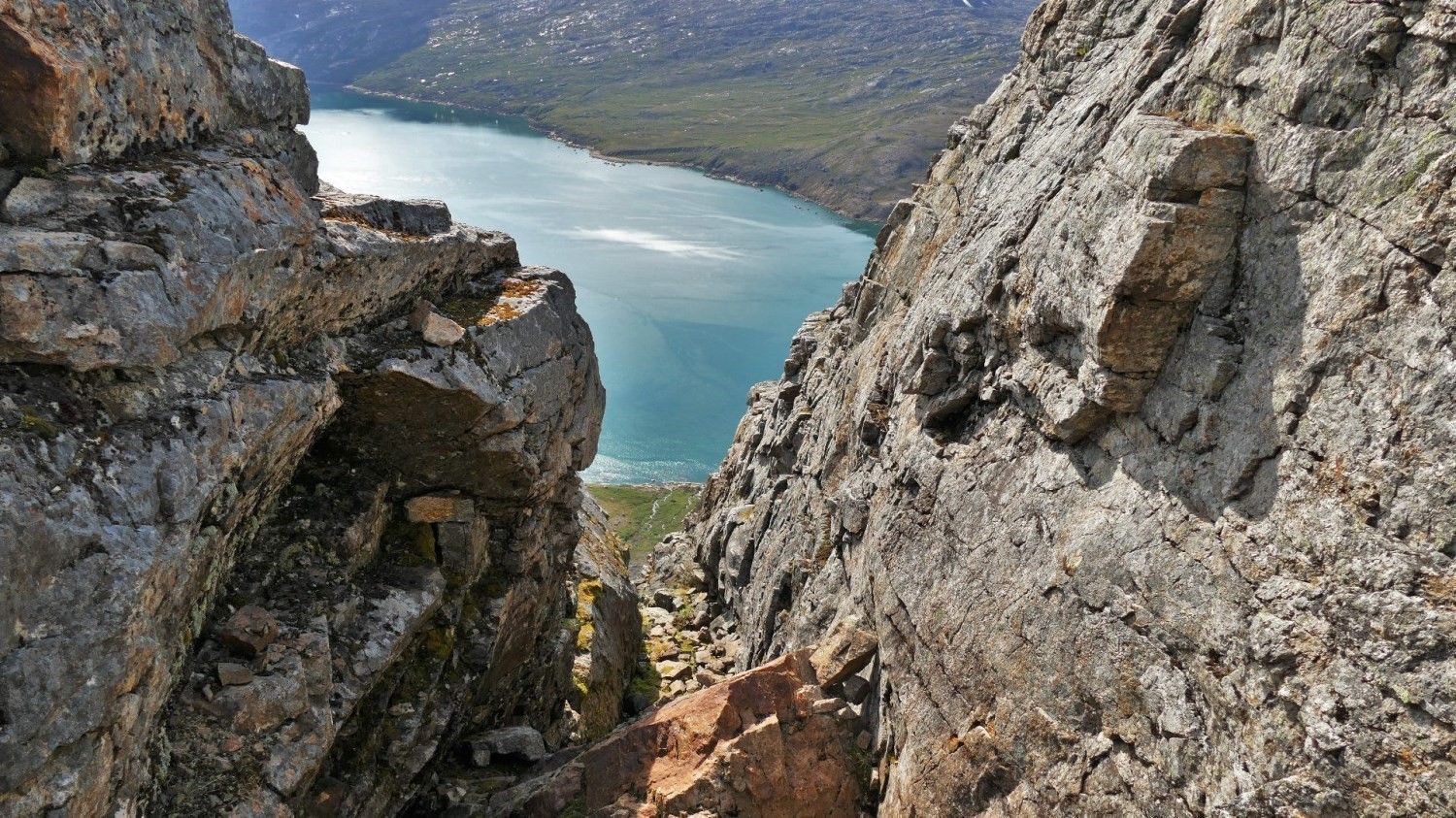 Dykes are hosted in the region’s lithologies. They cut metatexites of the Tasiuyak and Sukaliuk complexes, gneiss of the Lomier and Noodleook complexes, and intrusions of the Killinek Suite by straight and frank contacts.