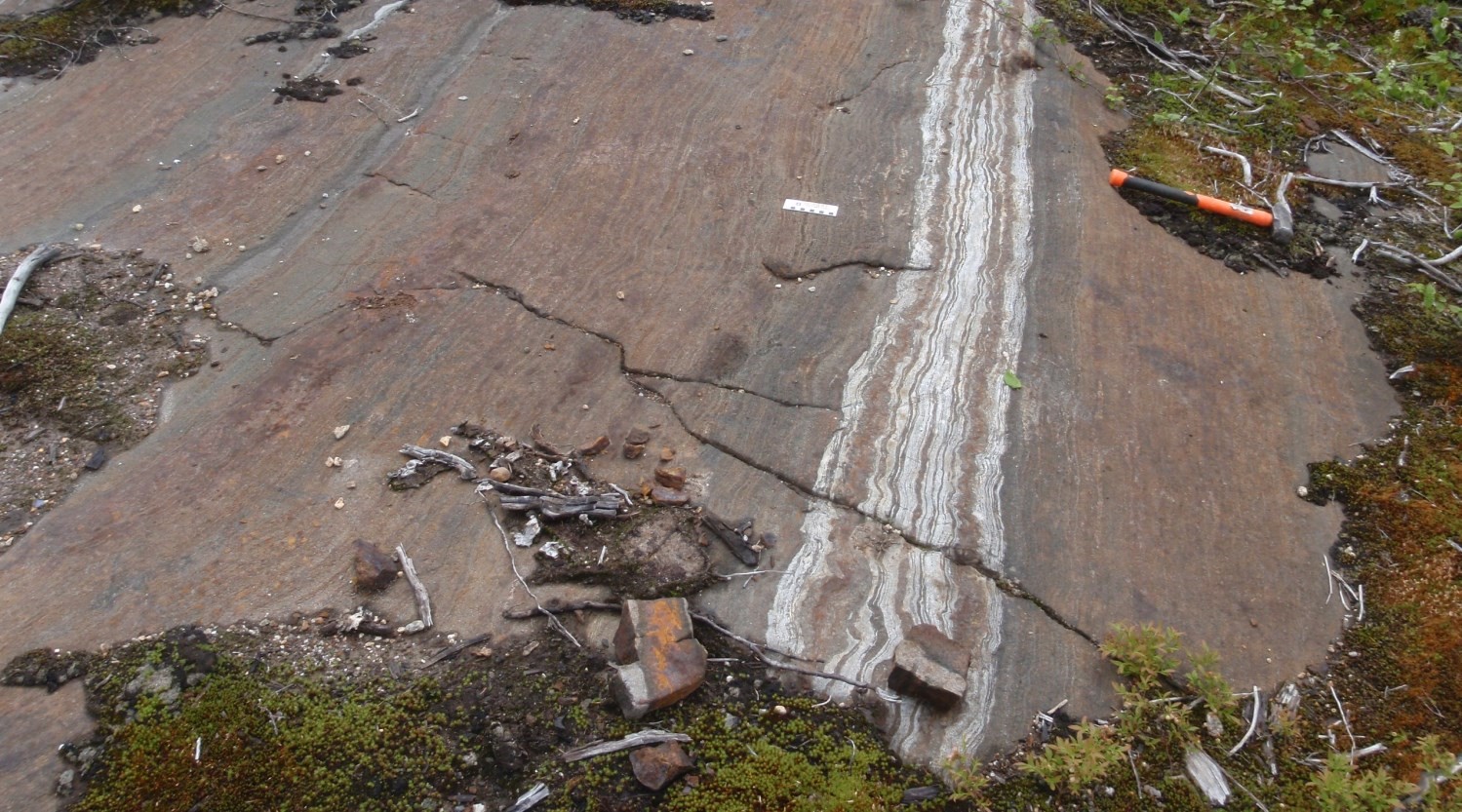 The first definitions of the Parautochton were developed in its central and eastern parts and were derived from the work of Rivers and Chown (1986) and Wardle et al. (1986). Rivers et al. (1989) completed its definition in the western part and have subdivided the Grenville Province into three main domains: Parautochton, polycyclic Allochton and monocyclic Allochton. Since it is recognized that metamorphic grades and ages are highly variable throughout the Grenville Province (Rivers et al., 2012), the terms polycyclic and monocyclic are no longer used. 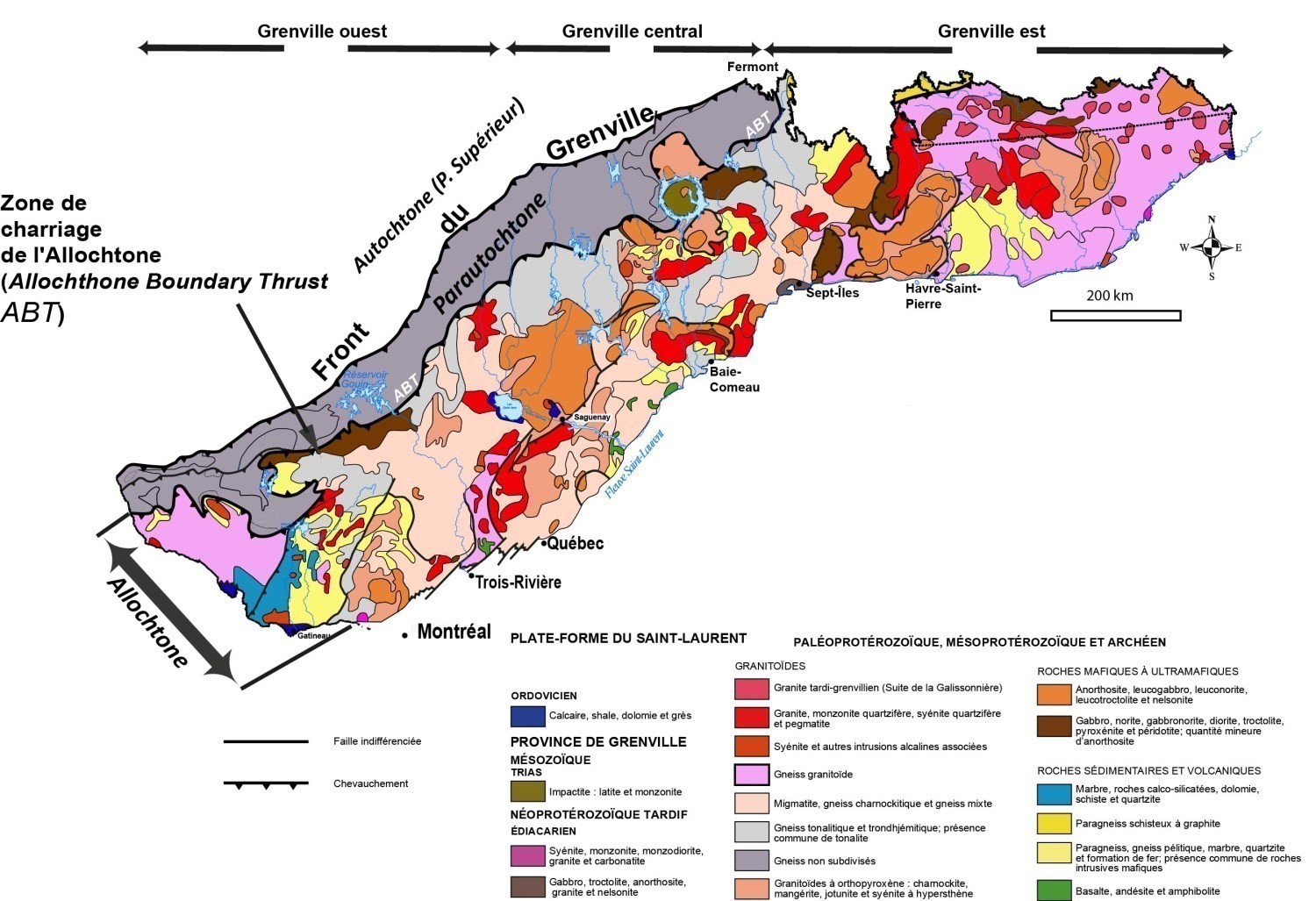 The Parautochton is composed of ancient Archean (older than 2500 Ma) or Proterozoic rocks. These are highly deformed plutonic supracrustal rocks (metasedimentary and metavolcanic) metamorphosed to the greenschist to granulite facies during the Rigolet phase (1 and 0.98 Ga, e.g. Corrigan et al., 1994; Rivers, 2008) of the Ottoman Orogenesis. These rocks are correlated with those less deformed north of the Grenville Front (e.g. Superior Province) and correspond to their east-west lateral extension. The western part of the Parautochton is characterized by granitoid gneiss of the Kikwissi Suite, Lac Bay Gneiss (tonalitic and trondhjemitic gneiss), and metasedimentary rock assemblages of the Chochocouane and Grand Lac Victoria complexes. Some granitoid intrusions are Archean, such as the Tabaret and Lac Laperrière plutons, as well as the Gertrude Syenite. The central part mainly consists of tonalitic and trondjhemitic gneiss, migmatitic granitoid gneiss, mixed gneiss and some sedimentary and metavolcanic units. The Ulamen Complex, which occupies a large part of the central area, consists of a metaluminous tonalite-trondhjemite-granodiorite (TTG) suite that plots in the field of igneous granites and volcanic arc granites, as is the case for Archean intrusions of the Abitibi Greenstone Belt. The eastern extremity of the Parautochton consists mostly of metasedimentary rocks associated with the Paleoprotezoic Gagnon Group. The various units in this group are considered equivalent to formations recognized in the Labrador Trough.

The Parautochton is generally characterized by weak magnetic relief and is located in an area marked by a strong negative gravimetric anomaly (Wynne-Edwards, 1972; Rivers et al., 1989). The magnetic signature between the Parautochton and the Allochton is very distinct and there is generally a decrease in the magnetic response from the Grenville Front to granulitic rocks in the southeast. Metamorphism in the Parautochton reached at least the upper amphibolite facies in a high-pressure regime (Ciesielski, 1988). In the southeast part of the Val-d’Or region, Indares and Martignole (1989) observed an increase in temperature and metamorphic pressure from the Grenville Front to granulitic terrains in the southeast. To this day, the Grenville Province Parautochton remains one of the least geologically known regions in Quebec. 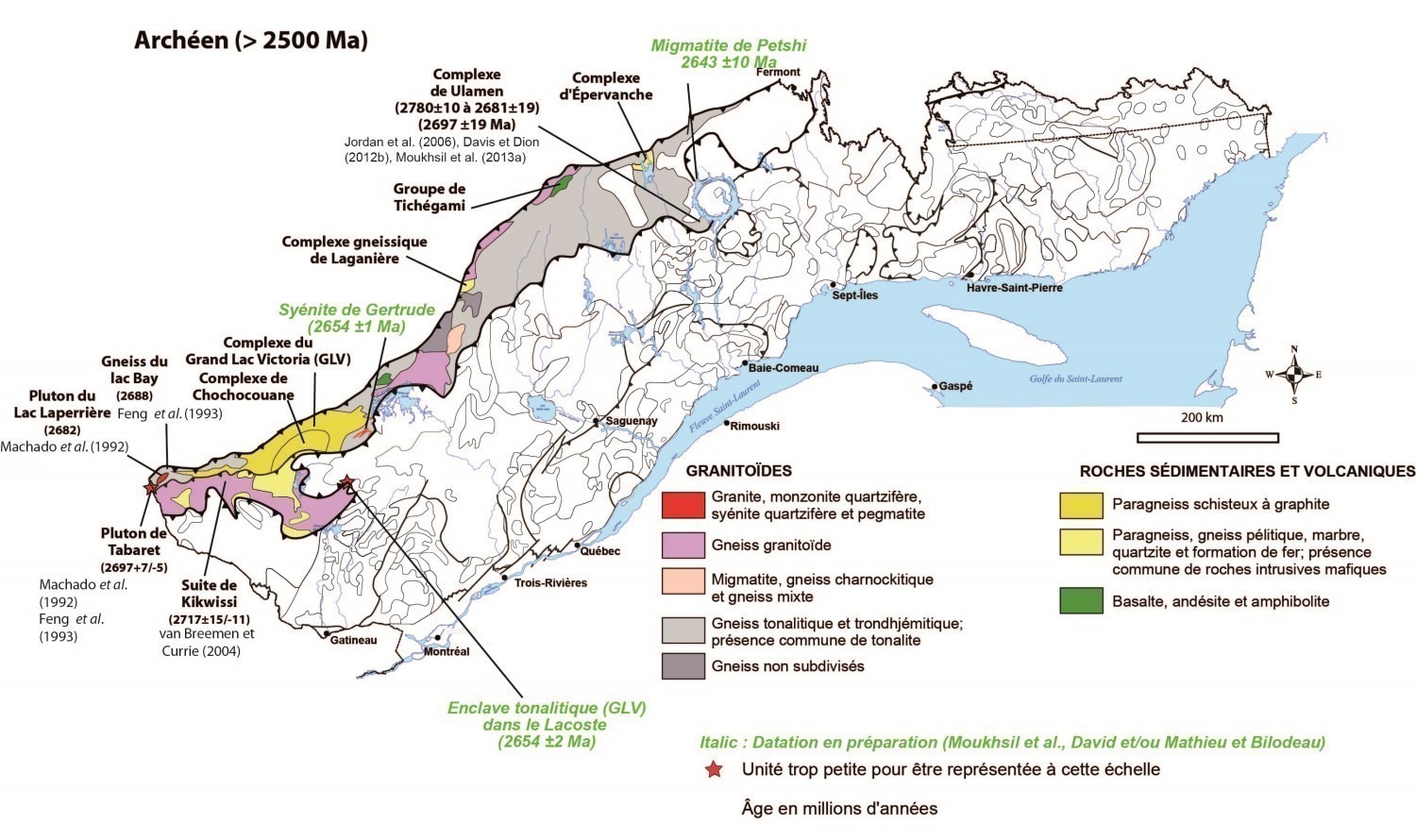 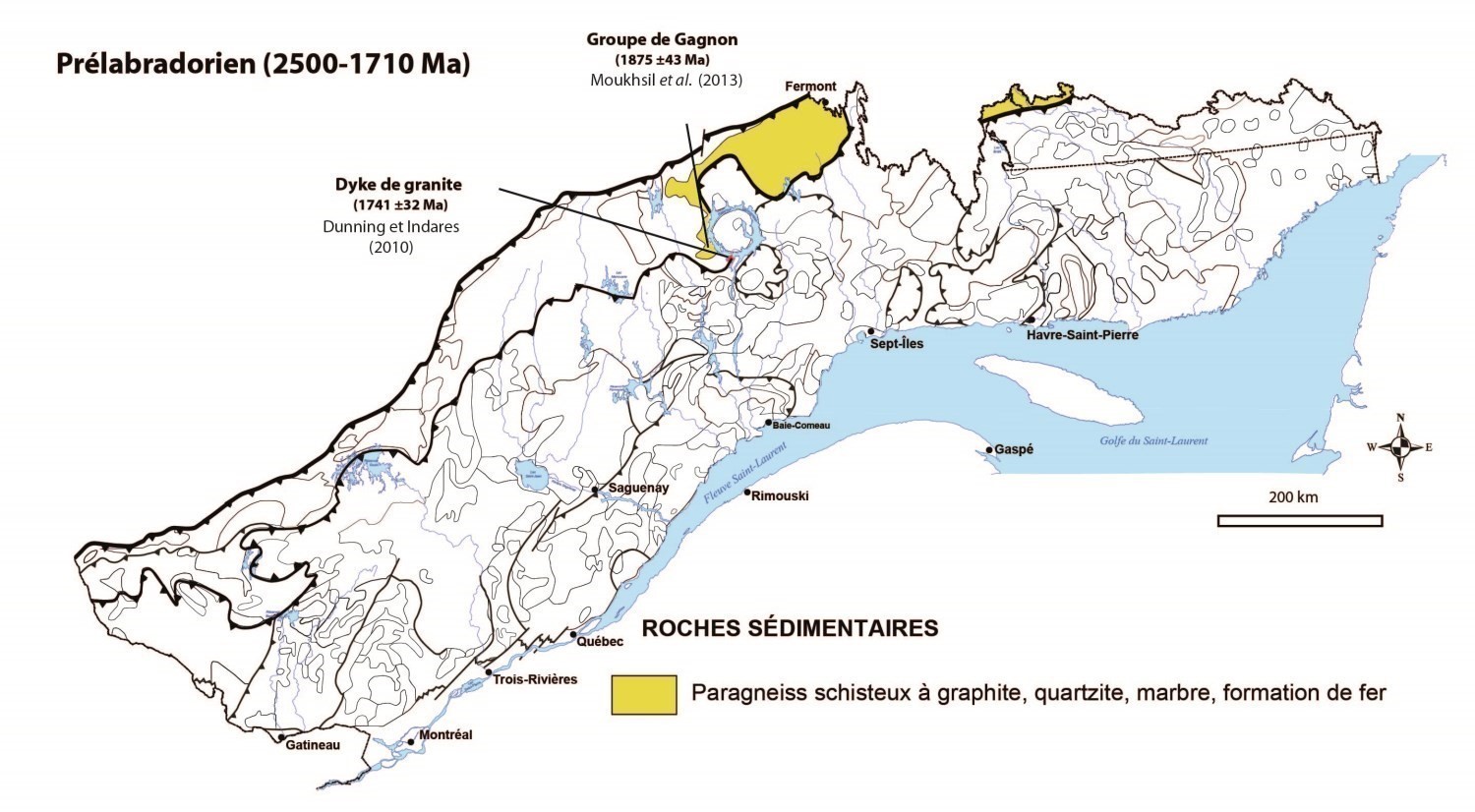