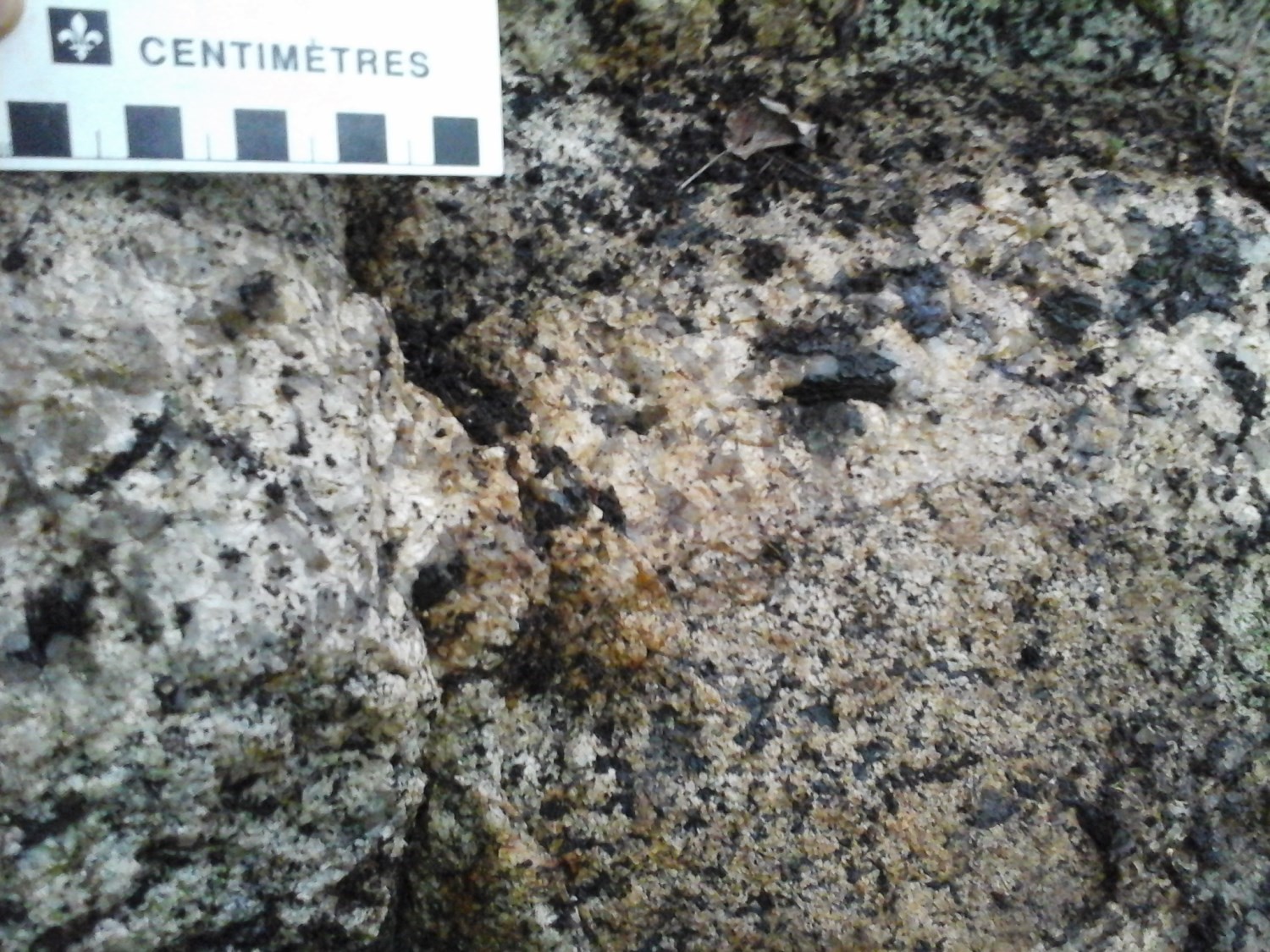 The La Tuque Anorthosite was introduced by Klugman (1976). Then Rondot (1978) described it as an intrusive body resembling the Langelier Anorthosite. Summer 2017 fieldwork (Moukhsil and Côté, 2018) observed it on the southern edge of NTS sheet 31P10. This intrusion consists of anorthosite and minor amounts of gabbronorite. 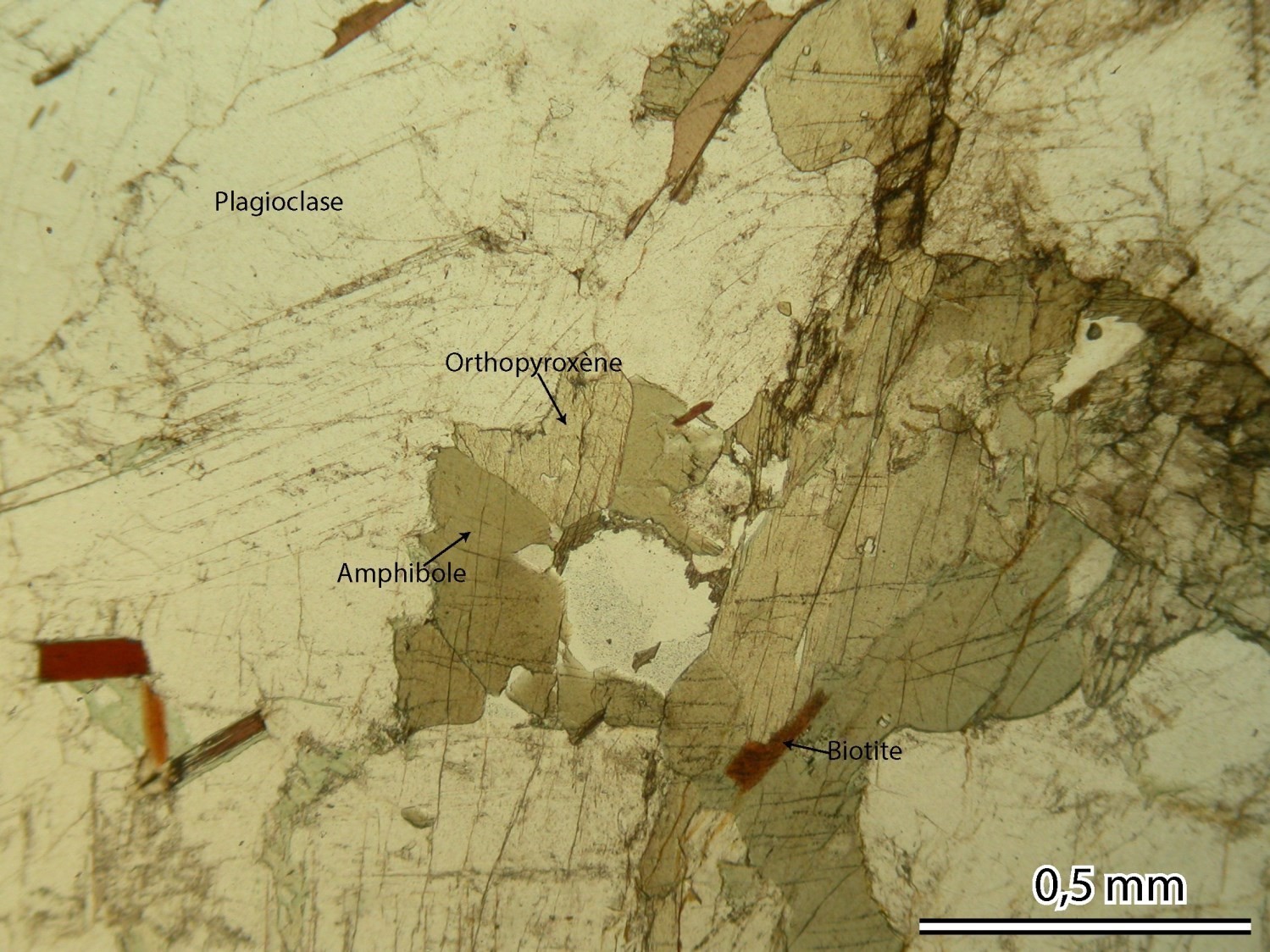 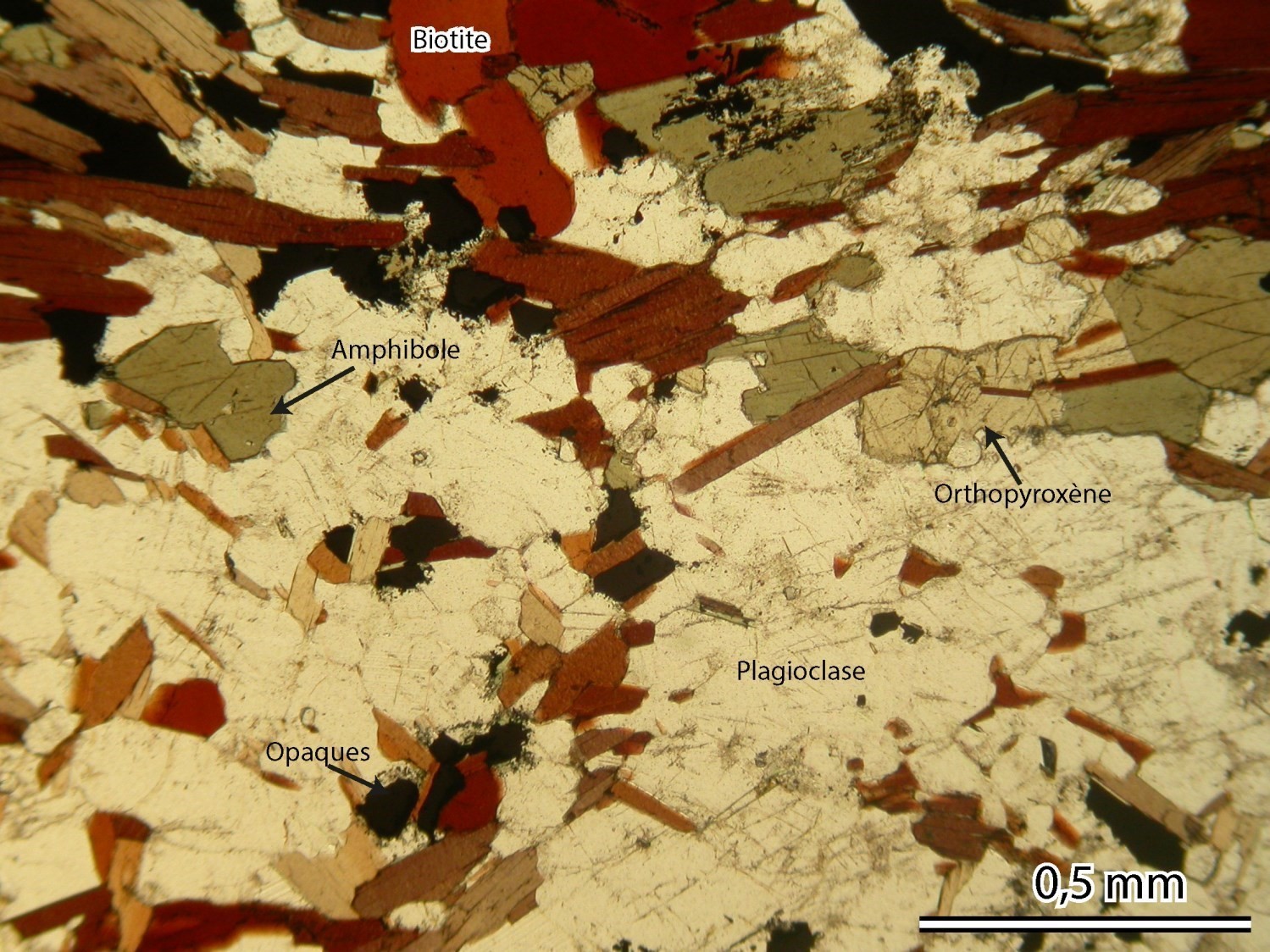 Anorthosite is white and weakly deformed. It is composed of biotite, clinopyroxene, orthopyroxene, amphibole, opaque minerals and accessory quartz. Amphibole is biotitized and plagioclase is slightly sericitized.

Gabbronorite is greyish in fresh exposure and is composed of amphibole, clinopyroxene, orthopyroxene, plagioclase, pyrrhotite, magnetite and biotite. Accessory minerals are apatite and zircon. 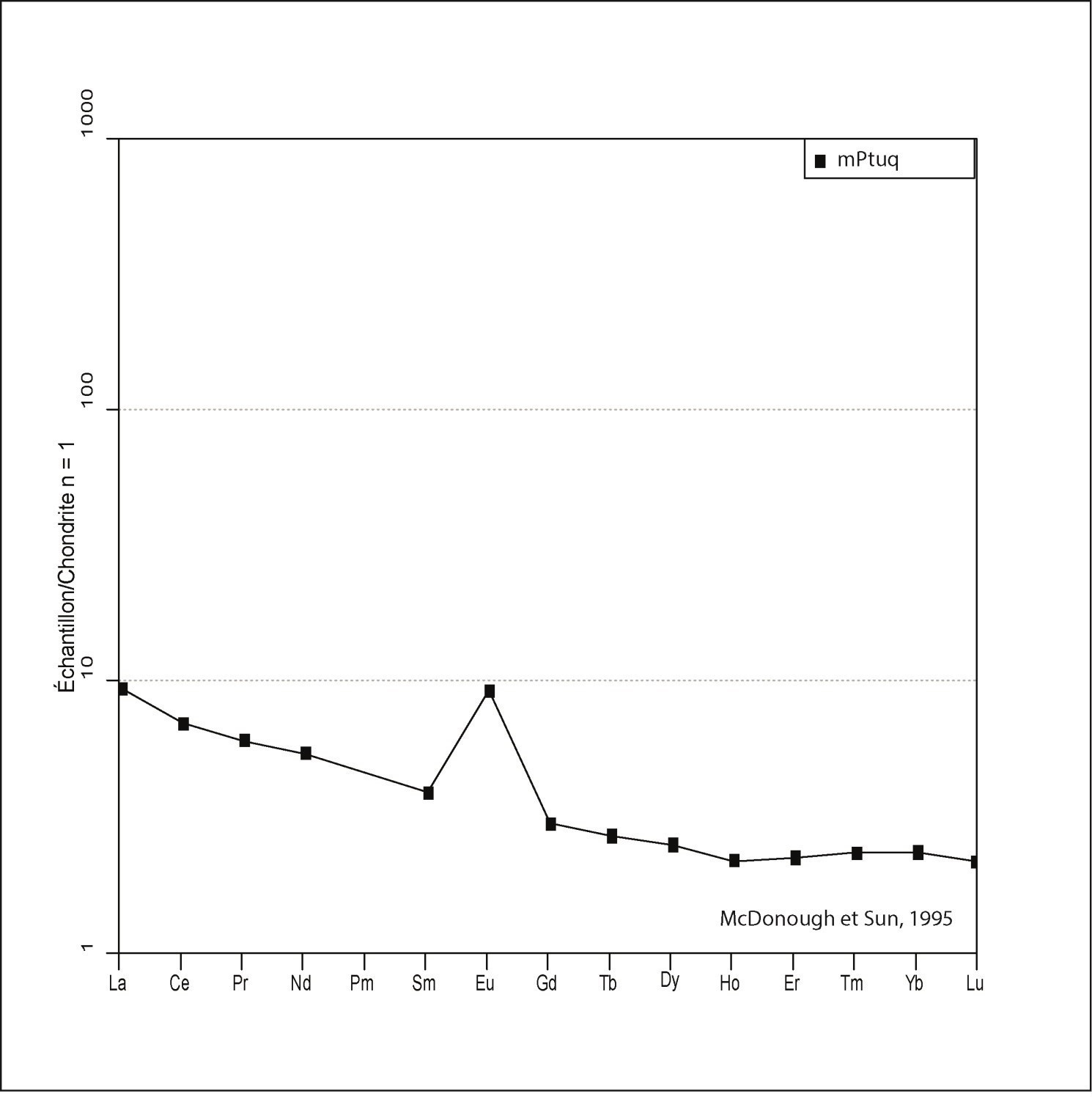 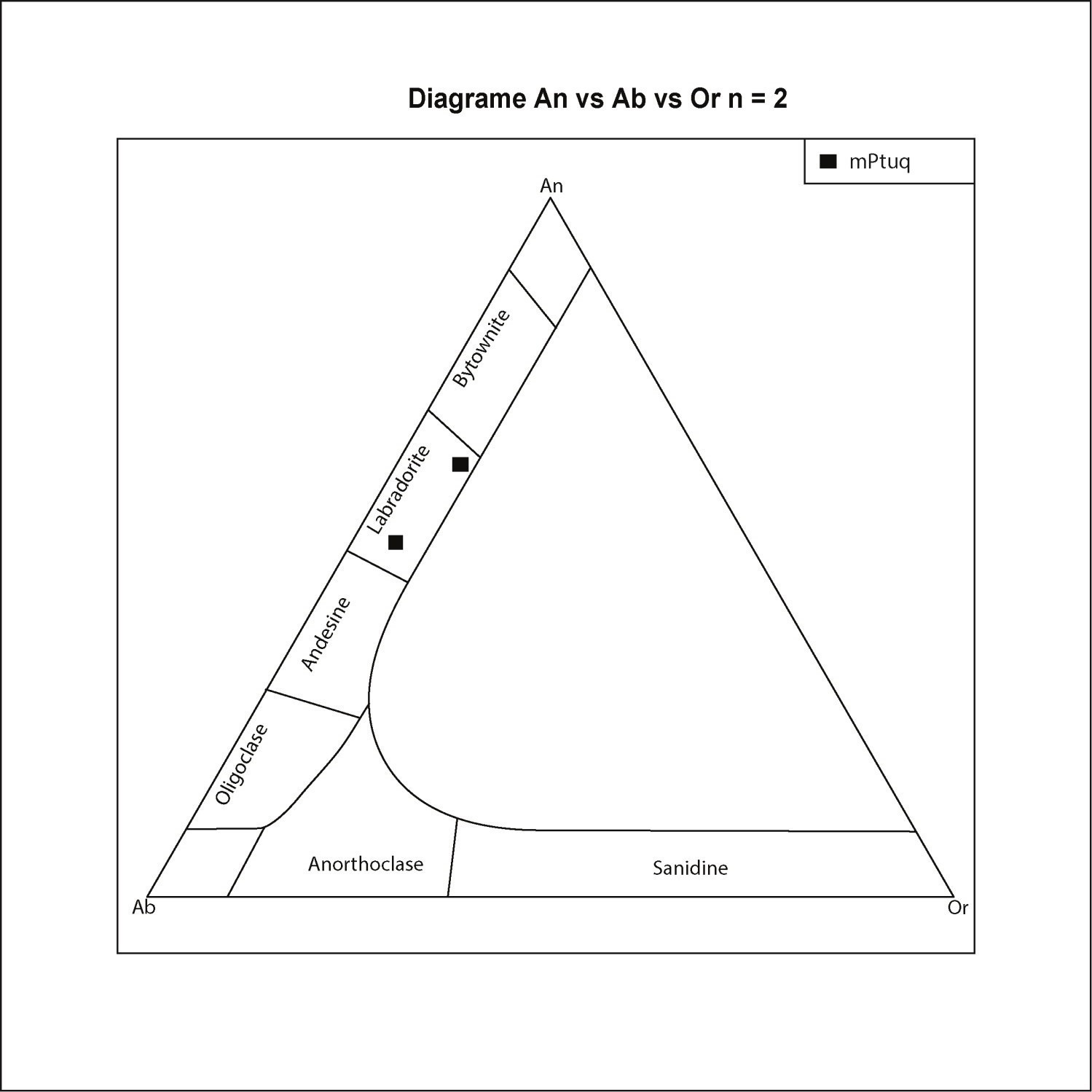 From a geochemical perspective, SiO2 contents range from 49.5% to 52.6% and the rare earth element (REE) diagram is more or less flat, with a slight enrichment of light REE compared to heavy REE. There is a positive europium (Eu) anomaly due to high plagioclase content. Plagioclase is of labradorite type.

The La Tuque Anorthosite forms a small mass (12 km2) located on the boundary between sheets 31P10 and 31P07.

The unit intrudes into the Vermillon Plutonic Suite.