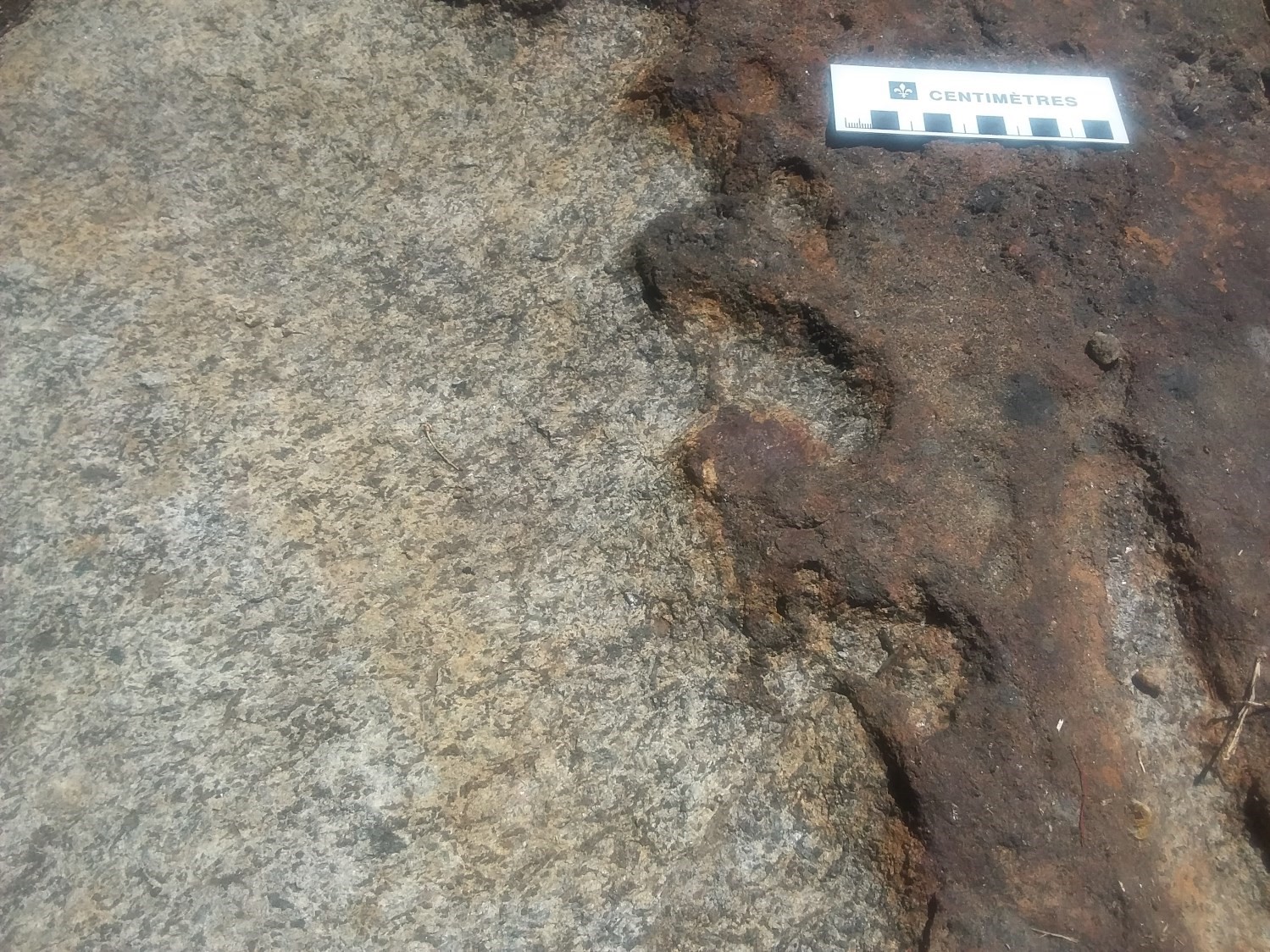 The Trenche Anorthosite was defined in the summer 2017 work of Moukhsil and Côté (2018) in the La Tuque area, Haut-Saint-Maurice. 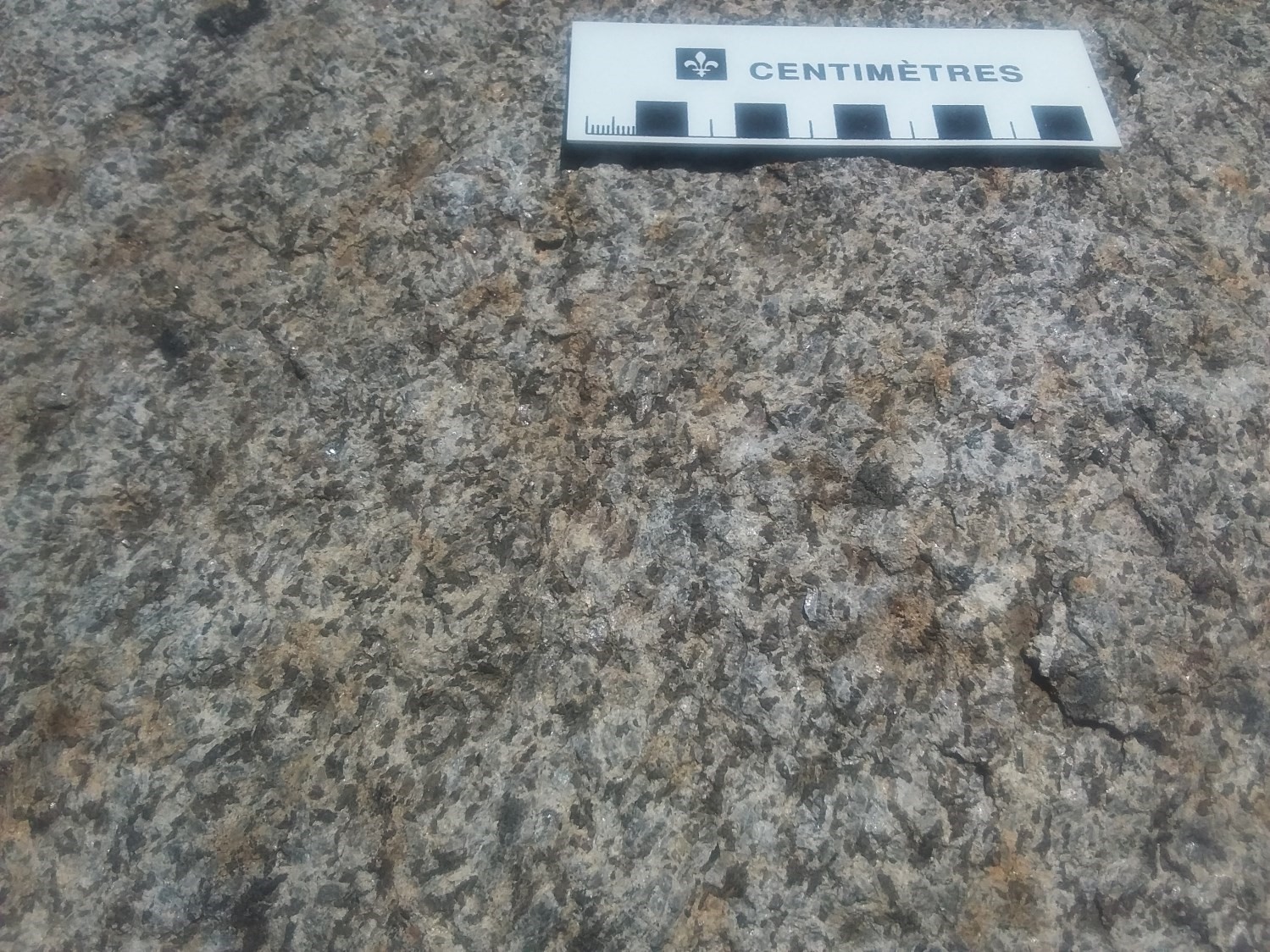 The Trenche anorthosite forms small, sparse, mafic-to-intermediate intrusions with or without orthopyroxene. It consists of gabbronorite, anorthosite, leuconorite and mangerite. Anorthosite is medium to coarse grained and is composed of plagioclase, biotite, quartz, pyrite and trace chalcopyrite. The latter occurs as inclusions in pyrite. Plagioclase has strong pervasive alteration (carbonates?).

Leuconorite is medium to coarse grained and is composed of plagioclase and orthopyroxene. Accessory minerals are clinopyroxene, quartz, magnetite, chalcopyrite, pyrite and pyrrhotite. Orthopyroxene is subhedral and biotitized. Biotite is located either on crystal edges or in lamina inclusions parallel to cleavage or not. Opaque minerals occur in clusters and are mostly located near orthopyroxene. Clusters are composed of pyrite crystals <1 mm, with chalcopyrite inclusions and surrounded by magnetite. Large (2-3 mm) pyrrhotite crystals are present locally and are finely rimmed by pyrite. Plagioclase can be anti-perthitic and locally has mortar textures. 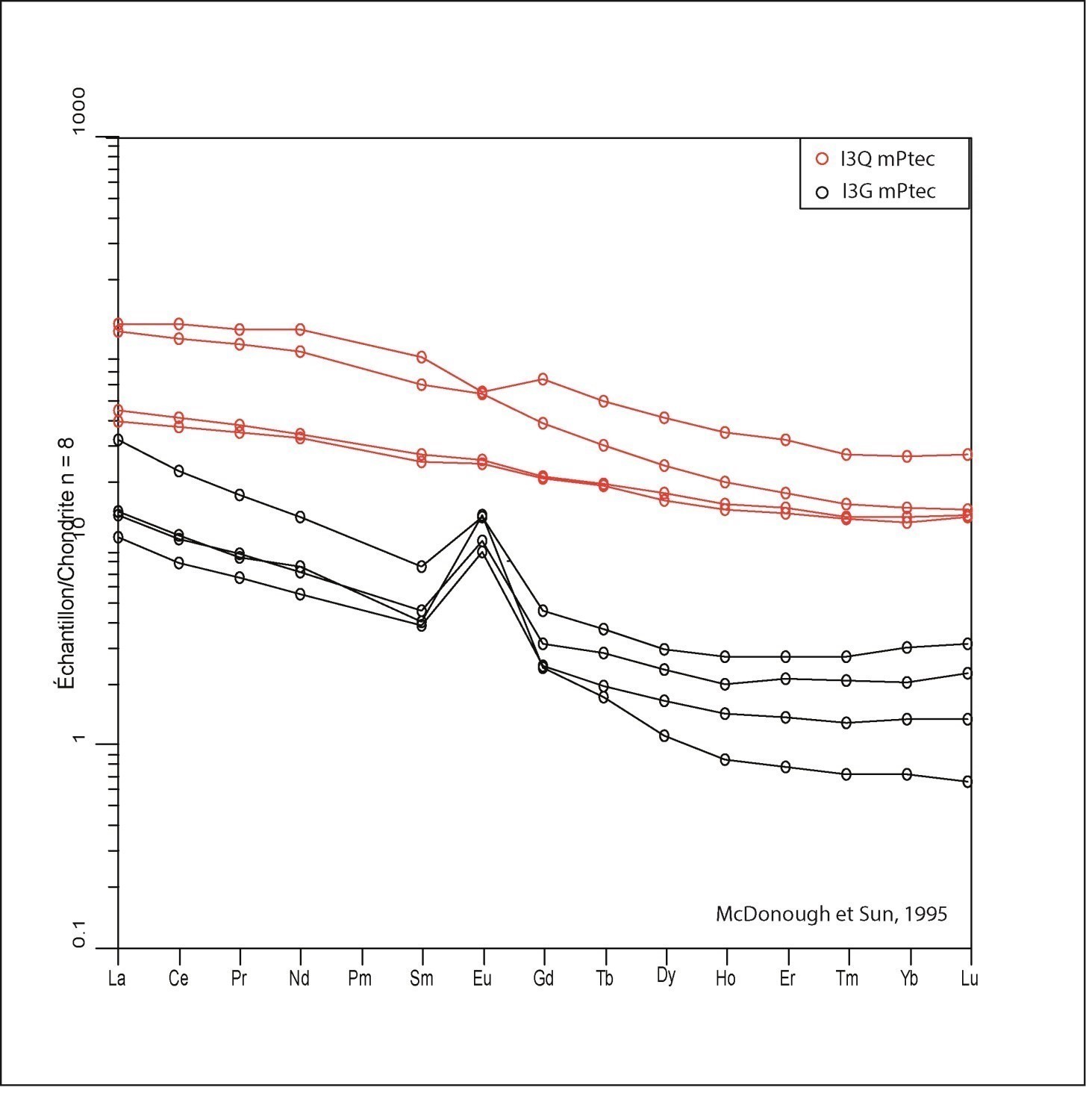 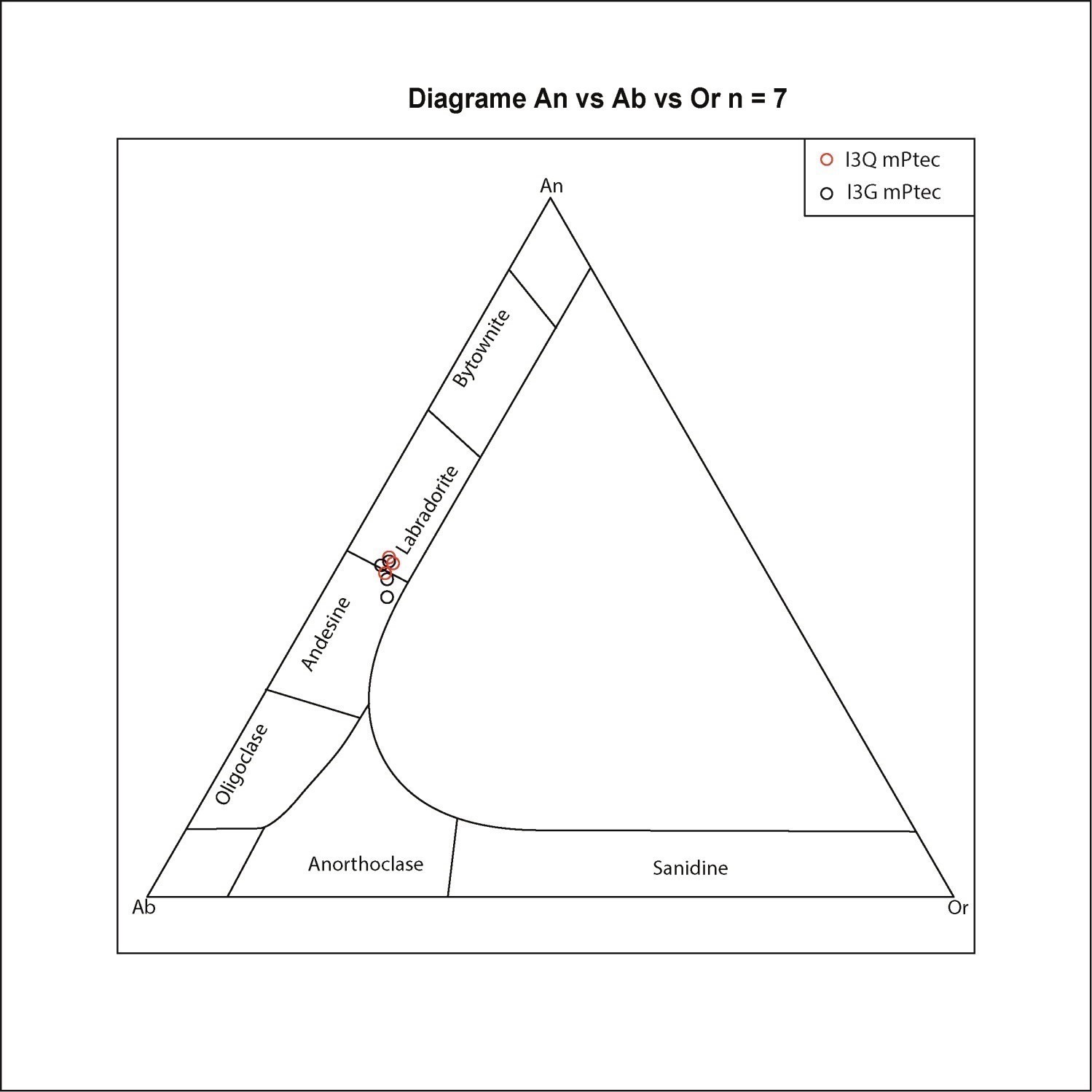 From a geochemical perspective, these rocks have SiO2 contents ranging from 42.51 to 55.5 wt.%. Anorthosites (I3G) have rare earth element (REE) profile with slight enrichment in light REE compared to heavy REE and positive europium (Eu) anomaly typical of anorthosite. Gabbronorites (I3Q) have relatively flat REE profile. Plagioclases present in these intrusions are labradorite and andesine.

The Trenche Anorthosite occurs as small, scattered intrusions 1 to 10 km in diameter.

The Trenche Anorthosite intrudes into the Vermillon Plutonic Suite and Wabash Complex.