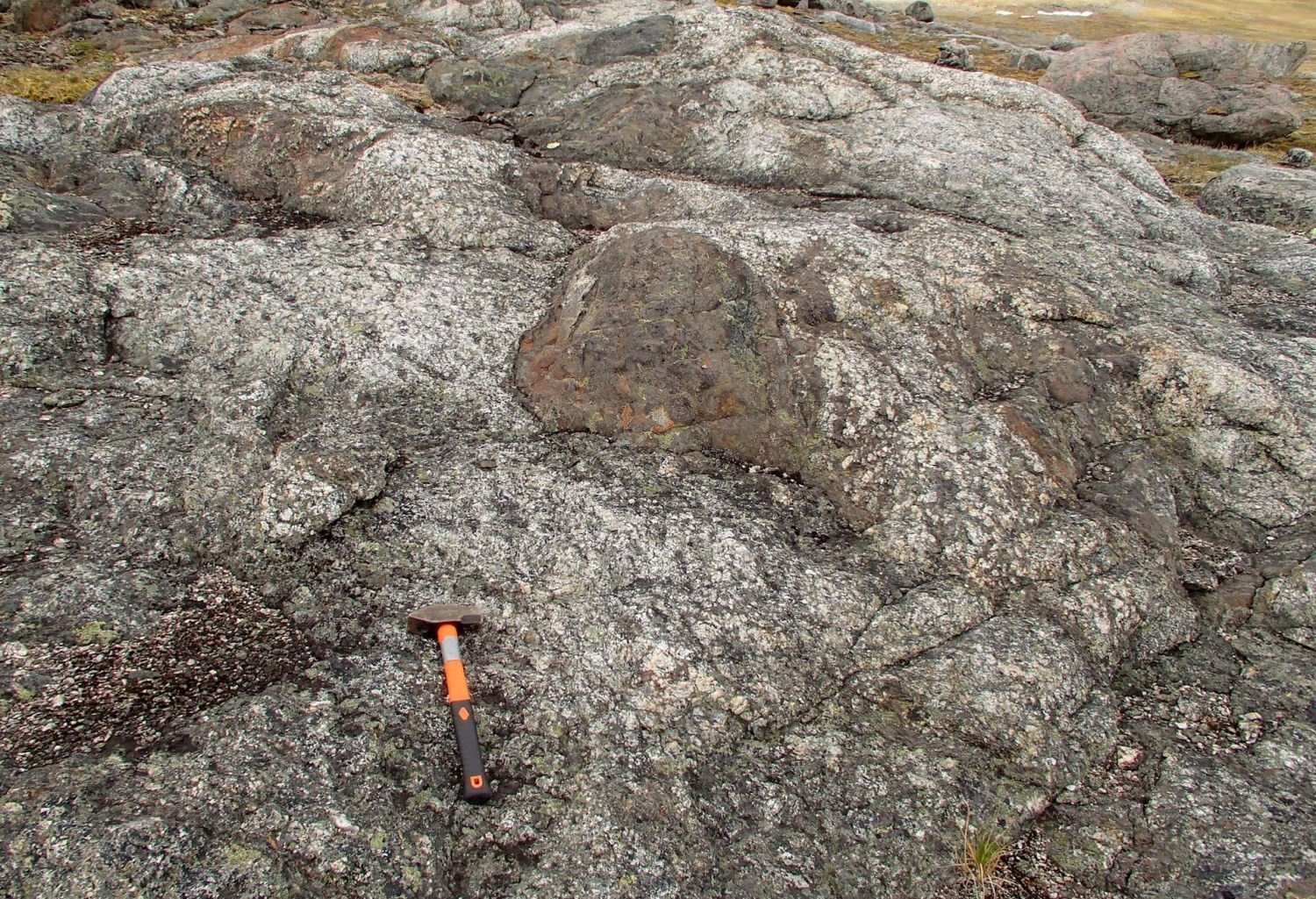 The Abrat Suite was introduced in the Koroc River and Point Le Droit area (Mathieu et al., 2018). As part of the synthesis of the southeastern Churchill Province (SECP), it was extended in the Henrietta Lake and Brisson Lake areas (Lafrance et al., 2015, 2016).

The Abrat Suite includes only one unit of garnet white granite (pPaba1), considered to represent the final product (ultrametamorphic granite) of melting of the Lake Harbour Group paragneiss (pPhb). It contains many paragneiss enclaves and horizons belonging to the Lake Harbour group. 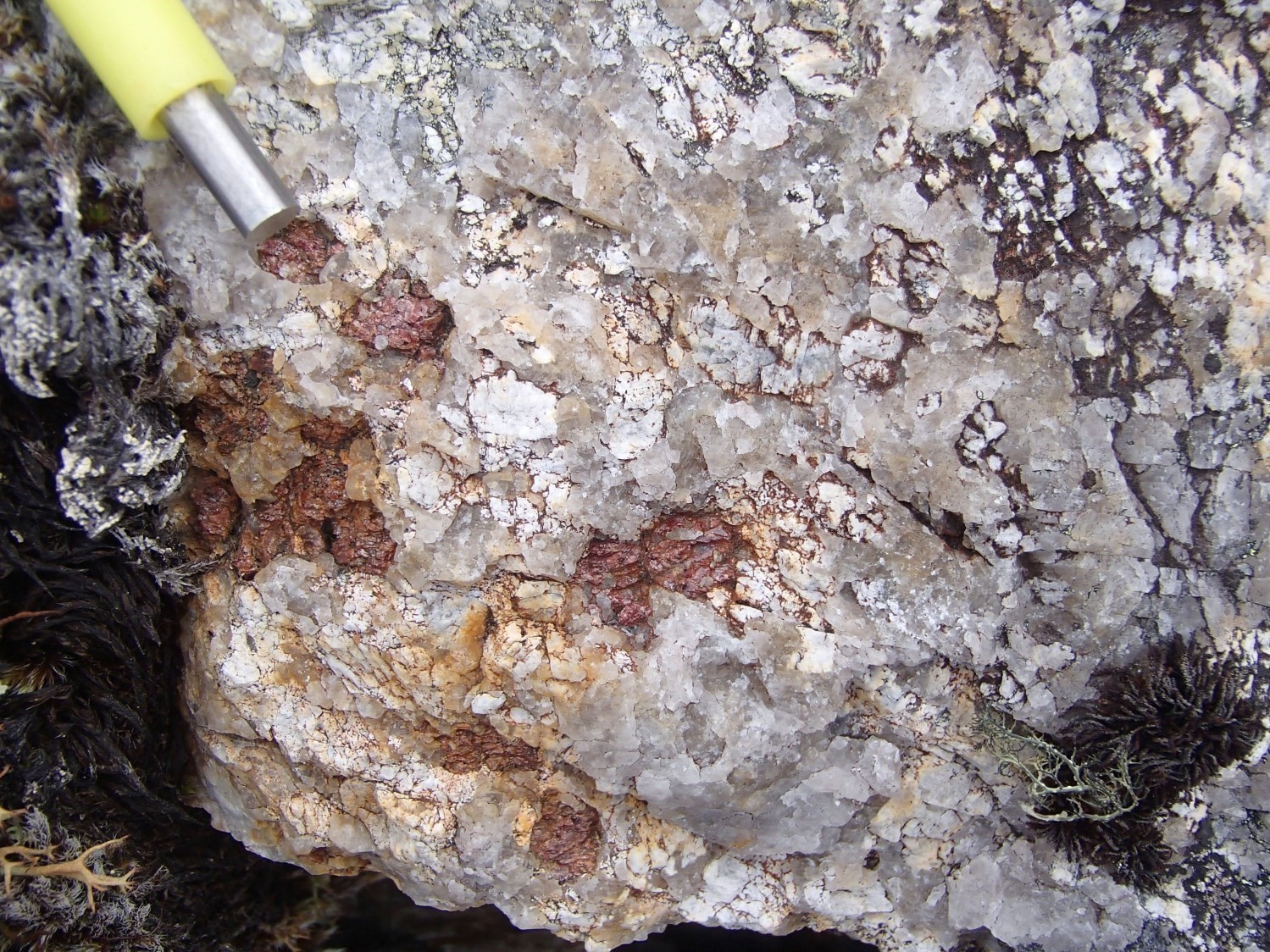 Unit pPaba1 is a white ultrametamorphic rock, coarse grained, non-magnetic and mostly granitic, locally tonalitic. It can be massive or foliated, and foliation is defined by the alignment of mafic minerals. These represent between 3 and 10% of mineral phases and include garnet, biotite, muscovite and commonly sillimanite. Garnet occurs as small subhedral grains or subrounded poikiloblasts, 2 to 8 mm, cracked and with quartz and feldspar inclusions. Biotite is brown, often forms schlierens or clusters and contains numerous zircon inclusions and opaque mineral laminas. Sillimanite occurs as small, clustered prisms or in flexuous clusters, often associated with micas. Muscovite occurs as small flakes on the edges of plagioclase grains or associated with biotite. Intergrowths between muscovite and sillimanite have been observed on several thin sections. Felsic minerals have an igneous appearance but also have indented rims and reduced grain size between large grains. Quartz (25-30%) forms large, anhedral zones with undulatory and sub-grain extinction. Feldspar also occur as anhedral zones, but also as finer-grained recrystallized clusters. Microcline (3-30%) is perthitic and plagioclase is weakly sericitized. The rock contains few accessory minerals, mainly epidote and apatite.

The Abrat Suite forms a series of elongated intrusions less than 2 km wide by 1 to 18 km long. It is limited to the west by the Moonbase Shear Zone (MSZ), which ends to the north in the Rivière George Shear Zone (RGSZ), and to the east in the Blumath Deformation Corridor (BDC). It is more prevalent in the Koroc River and Point Le Droit areas (Mathieu et al., 2018), where metasedimentary sequences of the Lake Harbour Group (pPhb) are most important 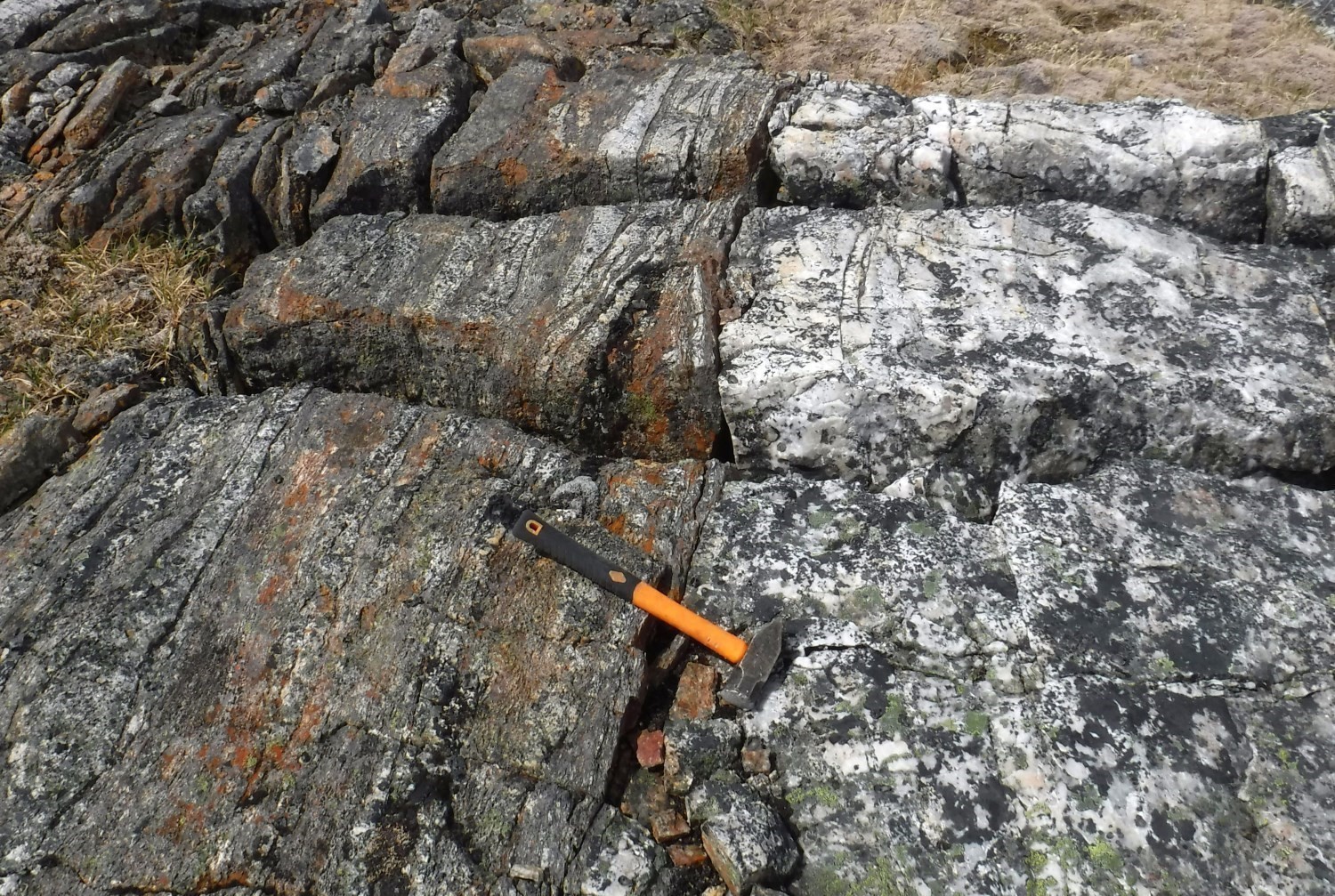 The whitish intrusions of the Abrat Suite are considered to represent ultrametamorphic granite derived from melting of paragneiss of the Lake Harbour Group (pPhb). They are similar to the leucosome observed in metasedimentary rocks and contain numerous paragneiss enclaves and horizons, in which they are emplaced as decimetric to kilometric sills and intrusions.