The term kame is derived from the Scottish words caim and kaim meaning “curved and sinuous” (Holmes, 1947; Benn and Evans, 2010) and was introduced by James Geikie (1874) of the Scottish Geological Survey. The term kettle is attributed to certain bedforms whose morphology is characterized by a circular depression. Kames and kettles topography is a term used to describe an area where the two bedforms co-exist. The landscape is thus marked by alternating positive (kames) and negative (kettles) landforms (Price, 1969; Benn and Evans, 2010). 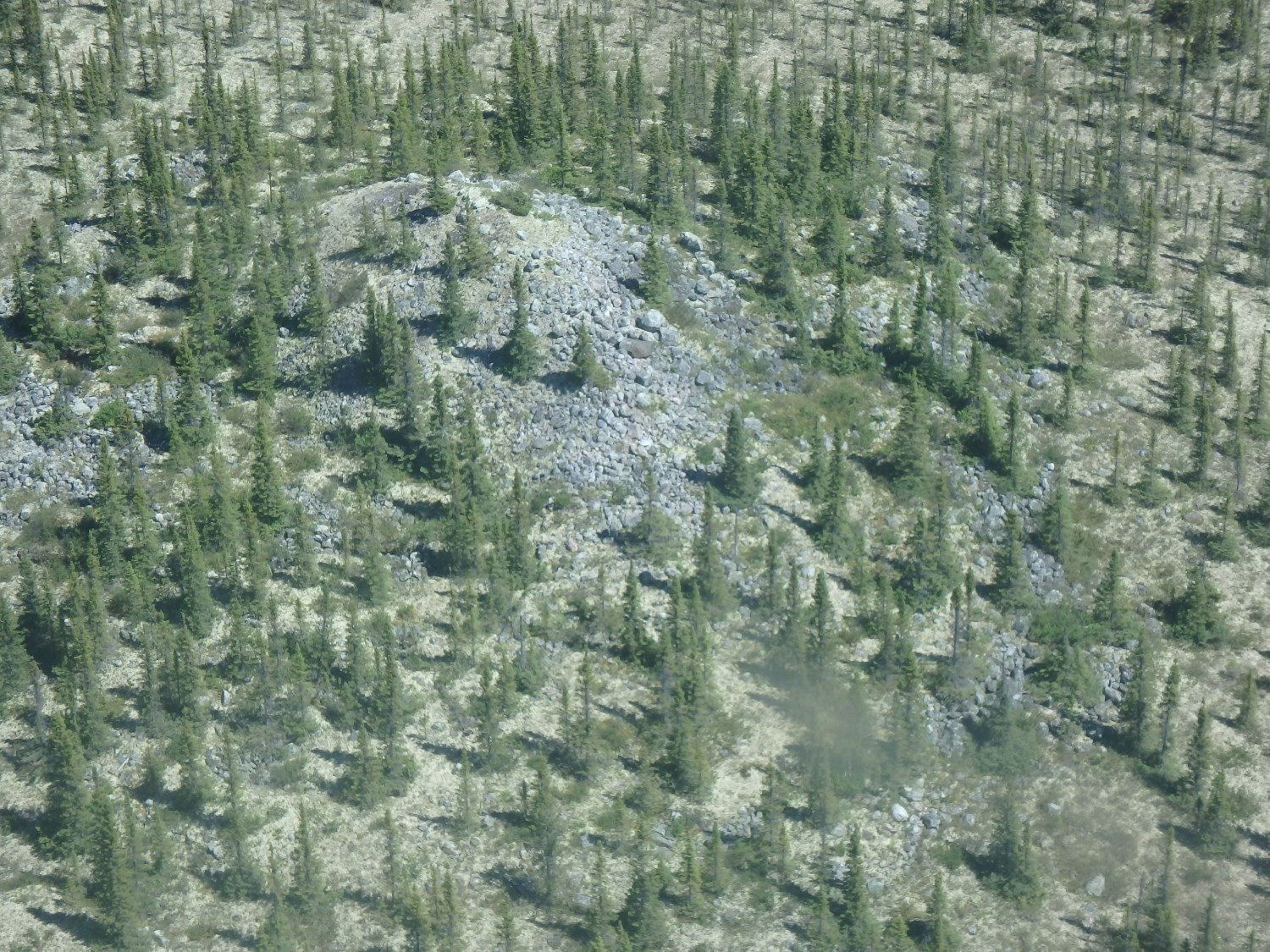 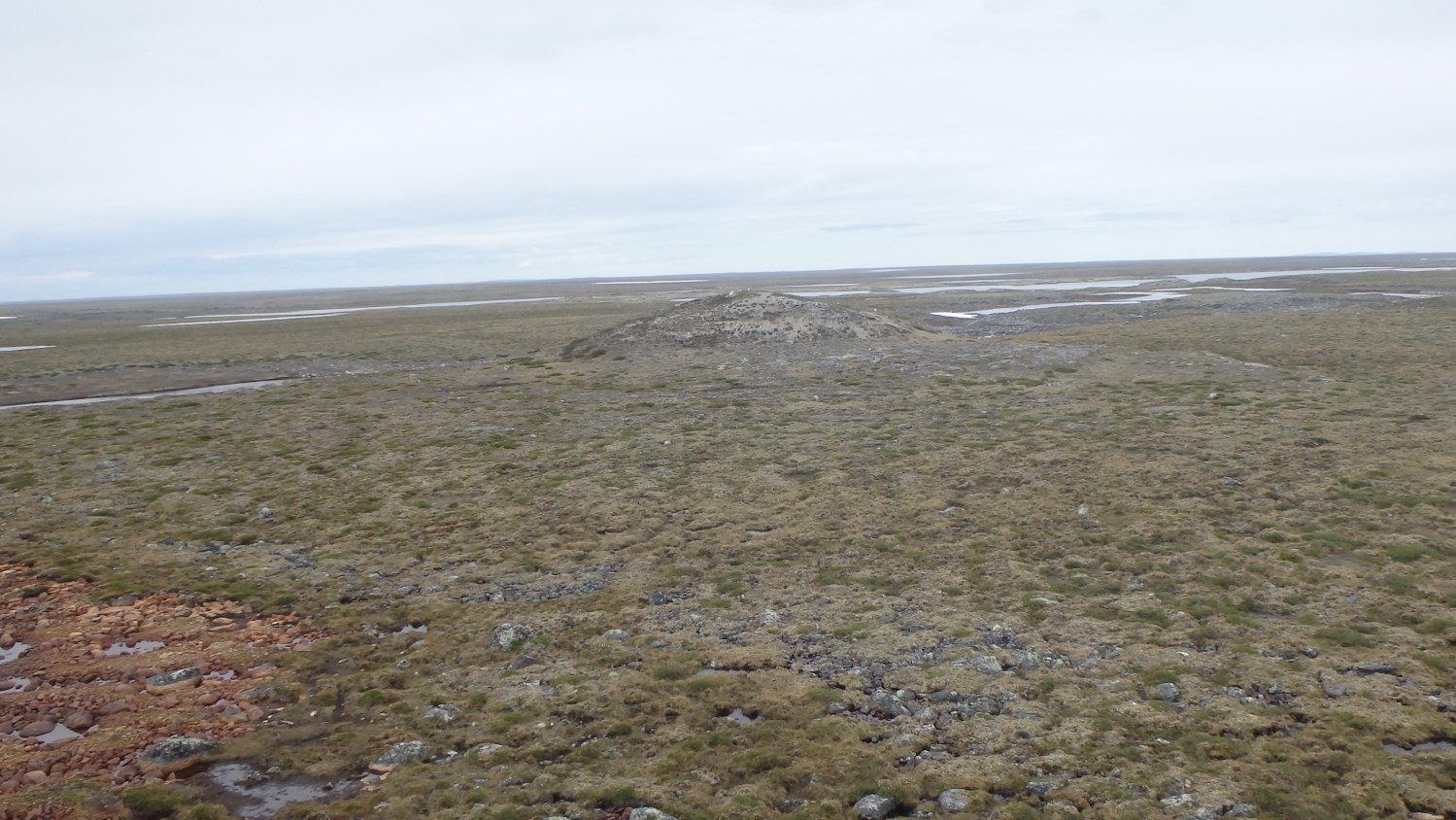 Kames occur as hills of irregular morphology, as mounds or plateaus that are isolated or clustered (Sugden and John, 1976). The nature of the material composing kames is quite irregular and is generally characterized by alternating beds of sand, stratified gravel and diamicton (Holmes, 1947; Goudie, 2013). The size and arrangement of kames are highly variable, but usually correspond to cones with no particular orientation. They are closely associated with eskers and other ice-proximal sediment types. 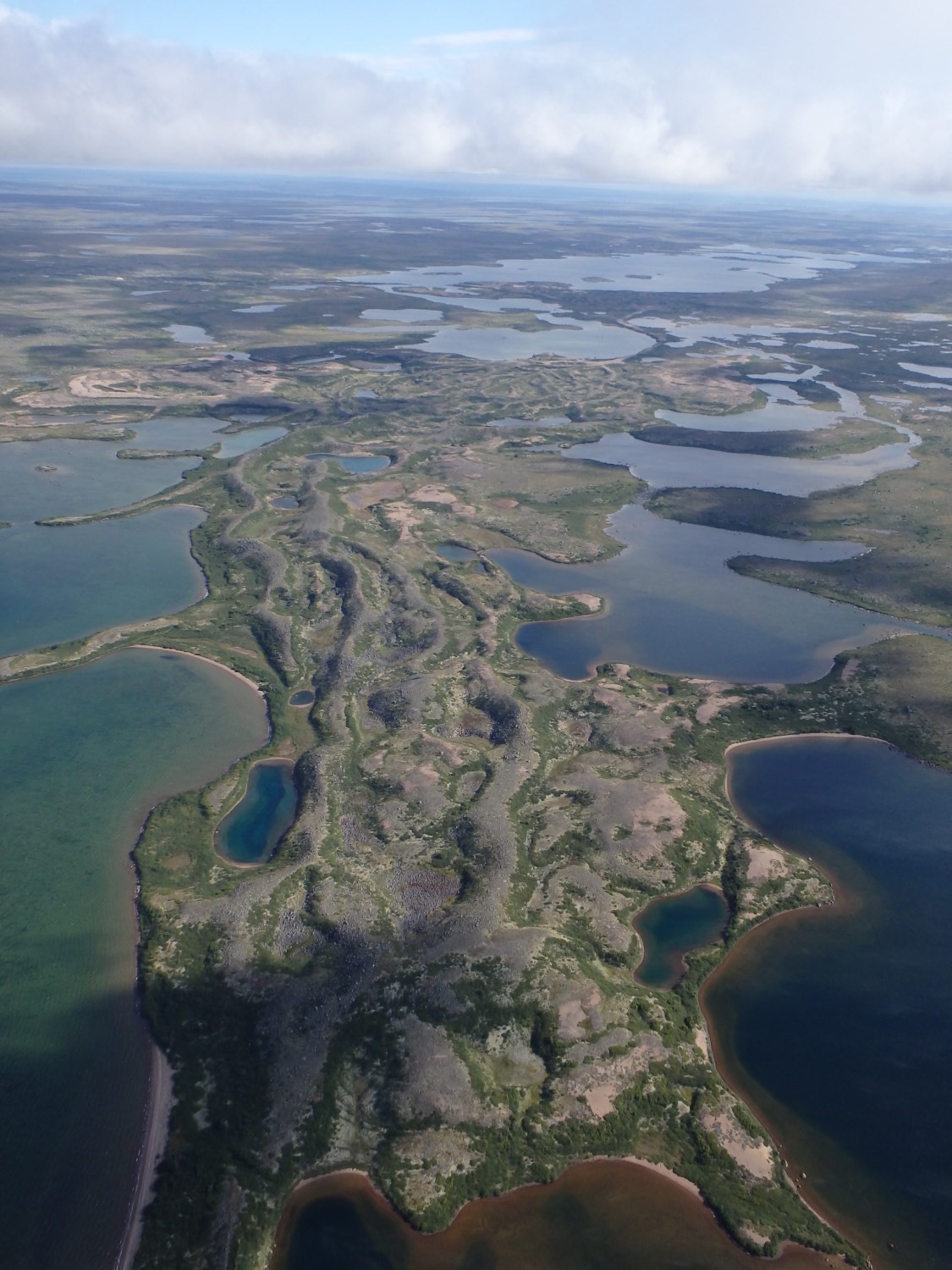 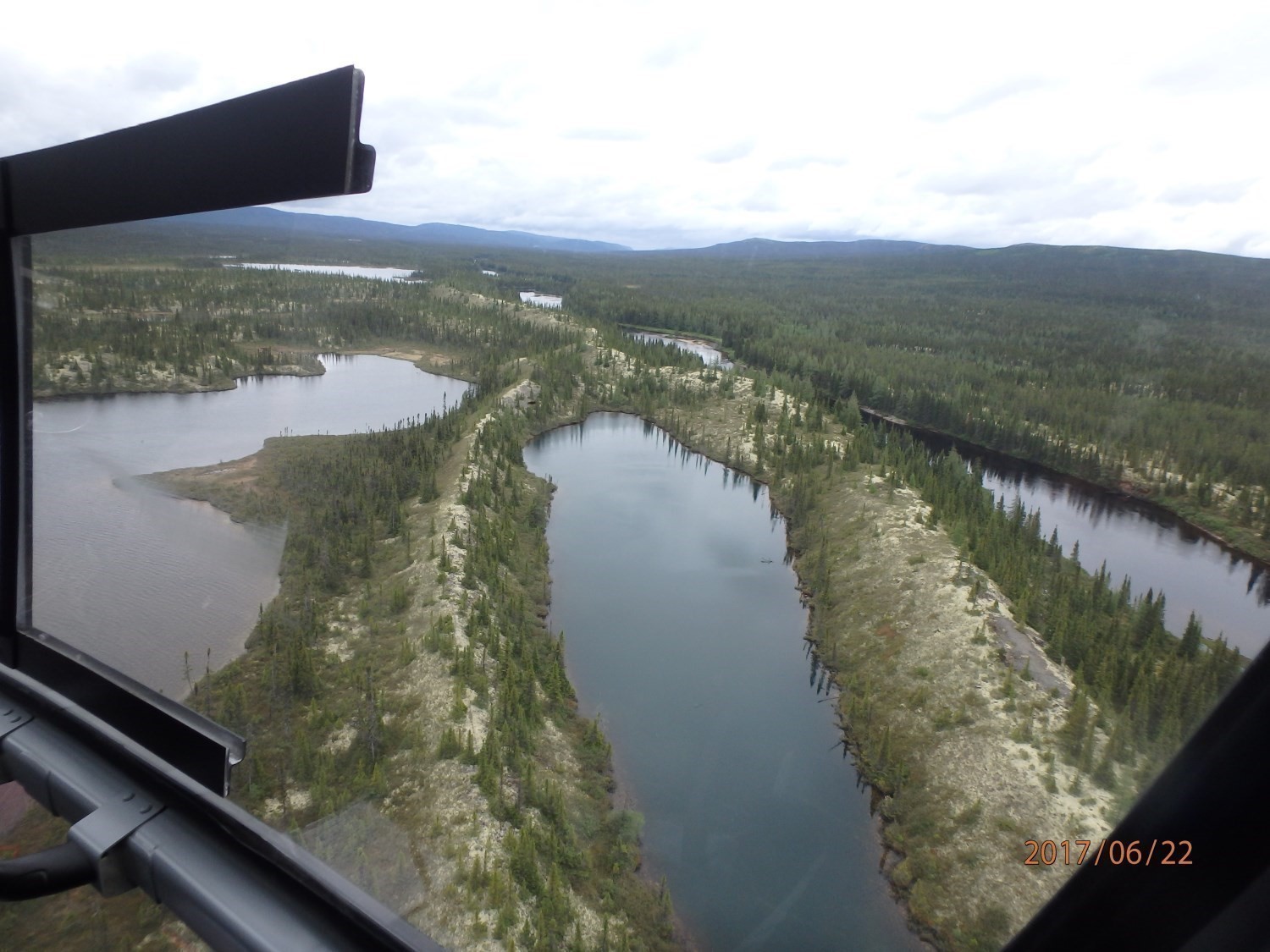 Kettles form steep topographic depressions in sediment. They come in various shapes, but are generally circular or rounded in appearance. They can range in size from a few centimetres to several kilometres in diameter and can be tens of metres deep (Flint, 1971). Kettles are usually filled with water in the form of lakes or ponds (Maizels, 1977). 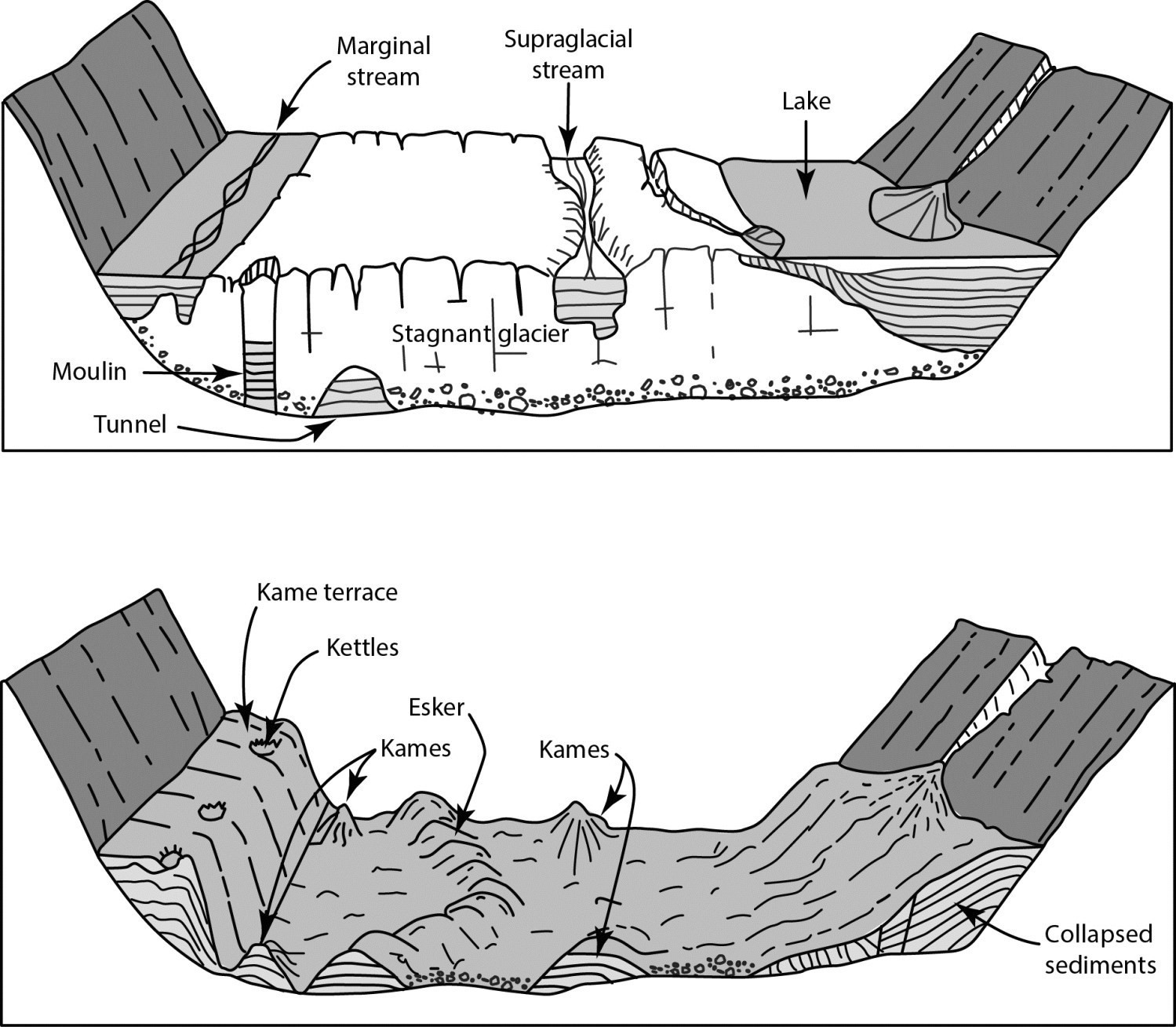 There are several mechanisms, all of fluvioglacial origin, responsible for the formation of kames. In supraglacial, intraglacial or subglacial contexts, meltwater flows through cavities; sand and gravel may accumulate in these tunnels, moulins or fissures. When the ice melts, these sediments will be deposited on the ground to form a positive relief (Cook, 1946; Holmes, 1947; Clayton, 1964; Sugden et John, 1976).

Kames can also be formed at the ice margin by deposition of detached sediments, in the same way as an alluvial fan will form, following retreat of the margin, an isolated hill whose sedimentary origin cannot be attributed to the surrounding landform (Sugden and John, 1976; Benn and Evans, 2010).

Delta kames and kame terraces are other types of ice-proximal accumulations known as “kame”, but their particular and characteristic morphology allows for a more specific classification. 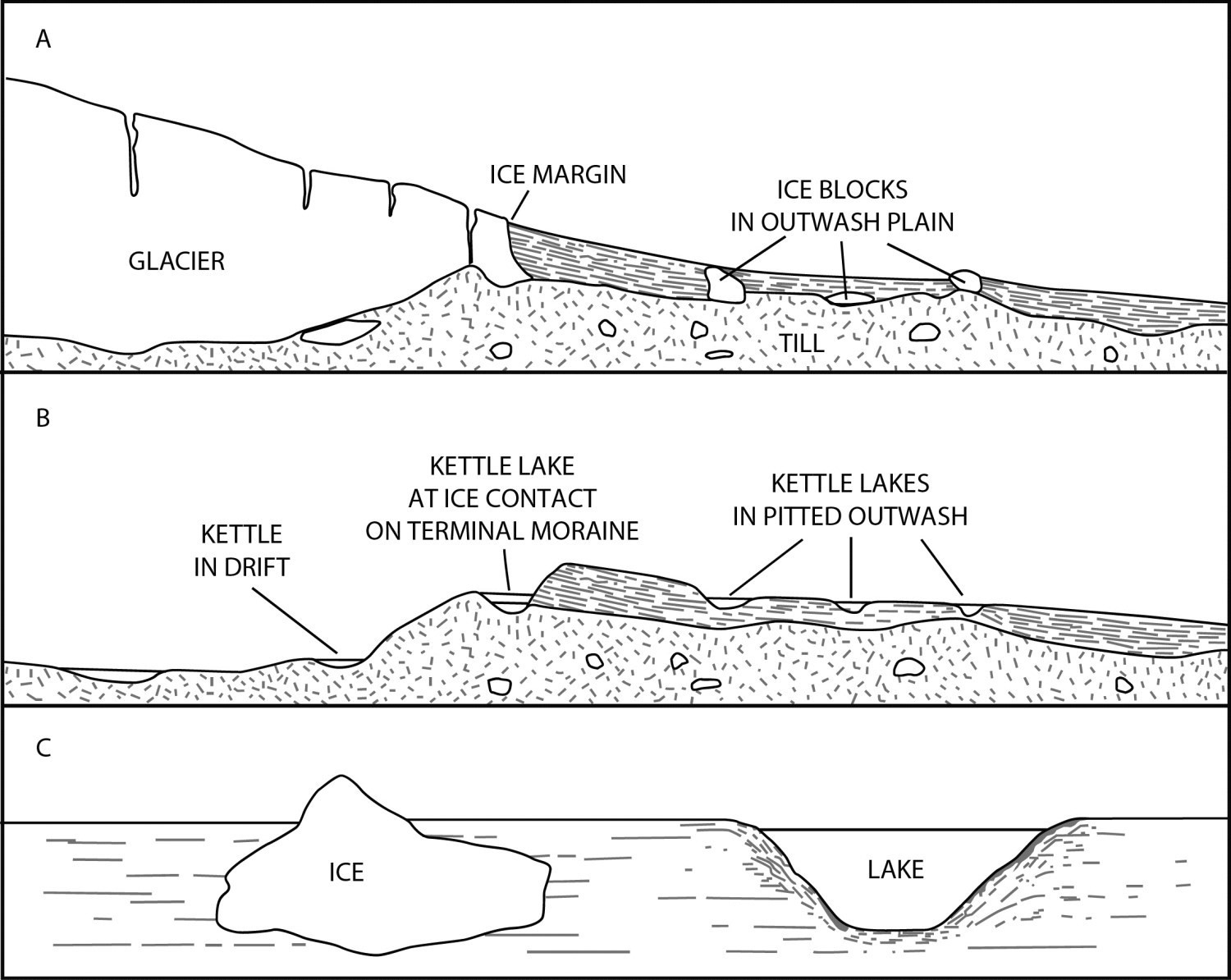 Kettles are formed by the detachment of an ice block from the stagnant ice margin or part of the glacier (Rich, 1943; Price, 1969; 1971). This ice is then completely or partially buried under a layer of loose sediment carried by meltwater (Embleton and King, 1975), which creates an insulating layer above the ice. As the ice block melts, the overlying sediments collapse, creating a depression (Clark, 1969; Maizels, 1977).

Kettles typically form in fluvioglacial corridors, where rapid glacier retreat unloads ice blocks that are rapidly buried by outwash sediments (Broscoe, 1972; Sugden and John, 1976). The size of depressions is a function of the volume of burried ice and the amount of sediment accumulated around the perimeter.

Since kames and kettles form in the same environment, they are commonly found in association, as well as with other fluvioglacial forms. Essentially, the terms kames and kettles are general and refer to positive and negative landforms of fluvioglacial origin (Geikie, 1874; Holmes, 1947). They are also observed in the vicinity of till of hummocky morphology (Benn and Evans, 2010).

Kames and kettles occur over a wide area occupying most of the areas that have been glaciated. In most cases, the spatial distribution of kames and kettles does not follow a preferential alignment, except in the case of marginal or lateral accumulation forming kame deltas and kame terraces respectively.

A kettle is commonly referred to as a kettle hole and pothole. Sölle is common in the literature and is its equivalent in German (Clark, 1969). “Bumps and hollows” and “troughs and ridges” are also synonyms. The term “kame complex” is commonly used to refer to an area with a swarm of kames (Sugden and John, 1976).

ZUMBERGE, J.H., 1952. The lakes of Minnesota: Their origin and classification. No. 35, University of Minnesota Press.