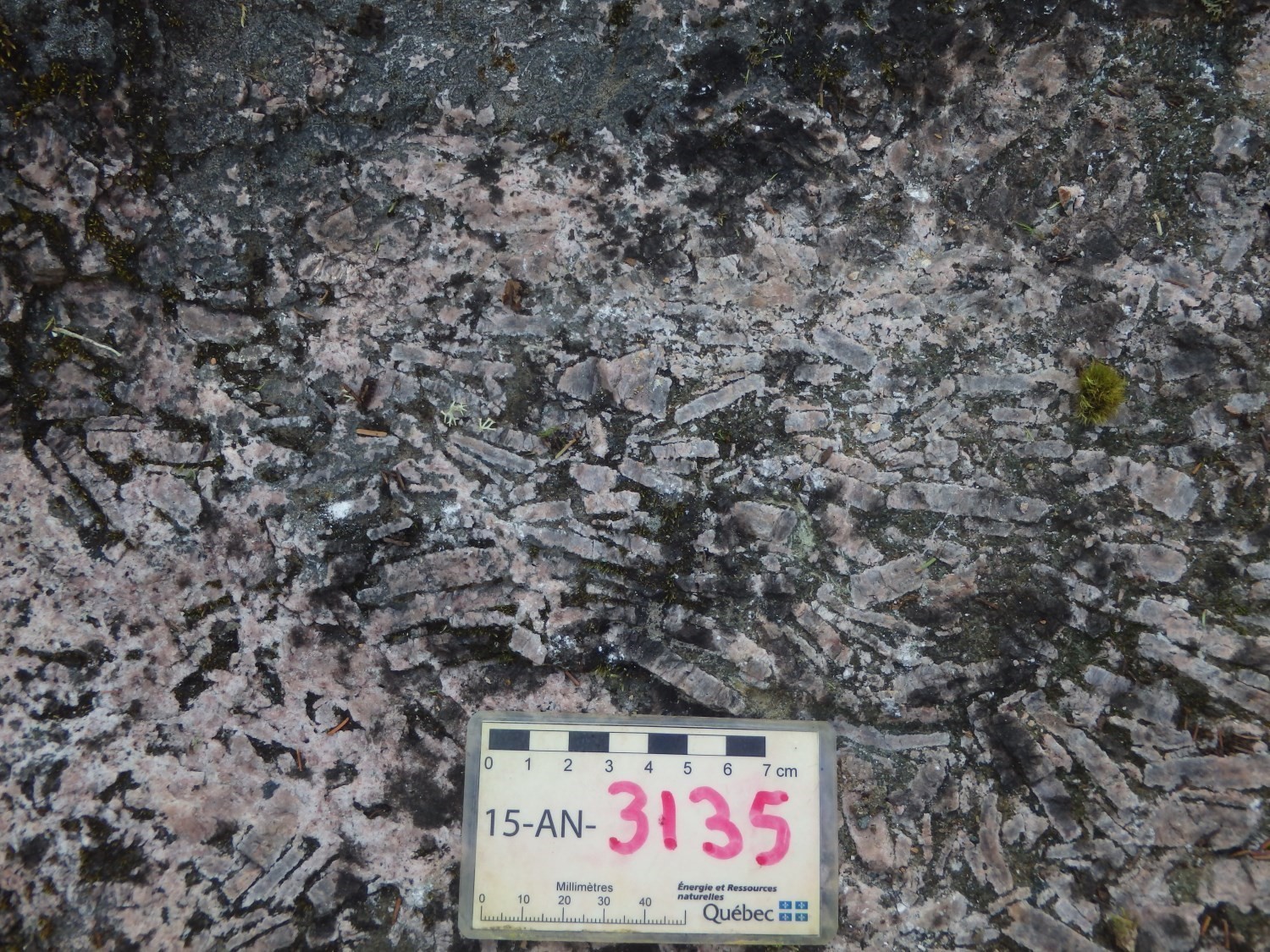 The Biteau syenite is a lithodeme introduced by Bandyayera and Daoudene (2017) to describe an alkaline intrusion emplaced on the edge of the Lac Rodayer Pluton tonalitic basement, in the western Opatica Subprovince. The presence of syenite outcrops was first reported by Remick (1967) on the islands of Rodayer Lake. Subsequent geological mapping (Bandyayera and Daoudene, 2017) supported by geophysical surveys (D’Amours and Intissar, 2012) uncovered other small outcrops at Chaboullié Lake. 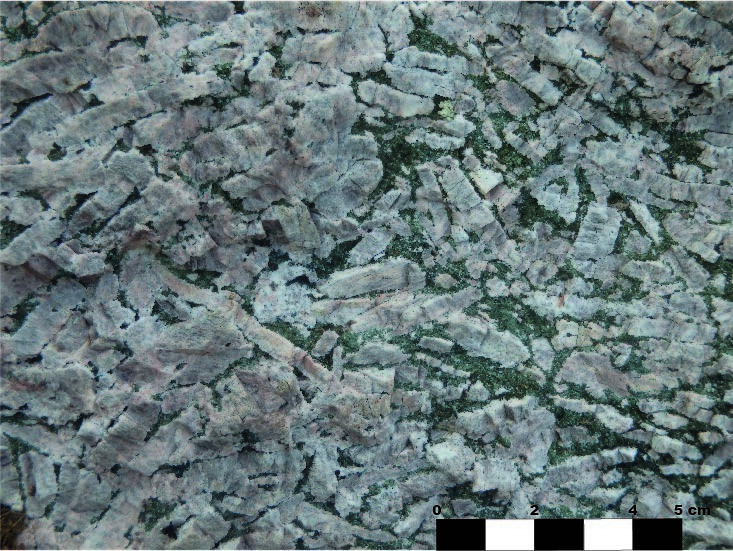 The Biteau Syenite also contains horizons of heterogeneous porphyraceous rocks, ranging in composition from monzonite to monzogabbro. Quartz content is generally <5%, but can reach 10% locally. K-feldspar is almost always present (up to 15%), while the percentage of ferromagnesian minerals varies between 15 and 35%. At the edge of the Biteau Syenite, a package of weakly foliated quartz diorite and diorite, medium-grained and containing 20-35% ferromagnesian minerals (hornblende and biotite) and 1% magnetite is locally observed. Finally, the Biteau Syenite contains metric enclaves of medium-grained foliated tonalite, probably coming from the Lac Rodayer Pluton, as well as enclaves of mafic and ultramafic rocks (pyroxenite and gabbro), medium to coarse-grained, interpreted as fragments detached from units of the Colomb-Chaboullié Group.

Geochemistry shows that the Biteau Syenite is distinguished by high contents of K2O (5.1-7.3 wt.%) and P2O5 (0.22-1.13 wt.%), as well as by some of the highest Ta/Yb ratios of intrusive rocks in the Rodayer Lake area. Syenite is also characterized by strong negative anomalies in Nb, Ta and Ti, and by a strong enrichment in light rare earths.

The Biteau Syenite intruded between the Rodayer Pluton tonalitic basement to the north and the Dusaux Gneissic Complex to the south. It is associated with a strong WNW-oriented positive magnetic anomaly, clearly circular at Rodayer Lake, extending for 18 km long and 3 km wide. The majority of the intrusion occurs under Rodayer and Chaboullié lakes, while the most representative outcrops of this unit were observed on islands of southeastern Rodayer Lake and at the southern end of Chaboullié Lake (Remick, 1963).

A sample of homogeneous coarse-grained syenite, showing magmatic bedding and K-feldspar cumulate beds, was taken for U-Pb dating. Analyses as a whole yielded an age of 2693.6 ±4.6 Ma (David, 2018), interpreted as the age of intrusion of the Biteau Syenite.