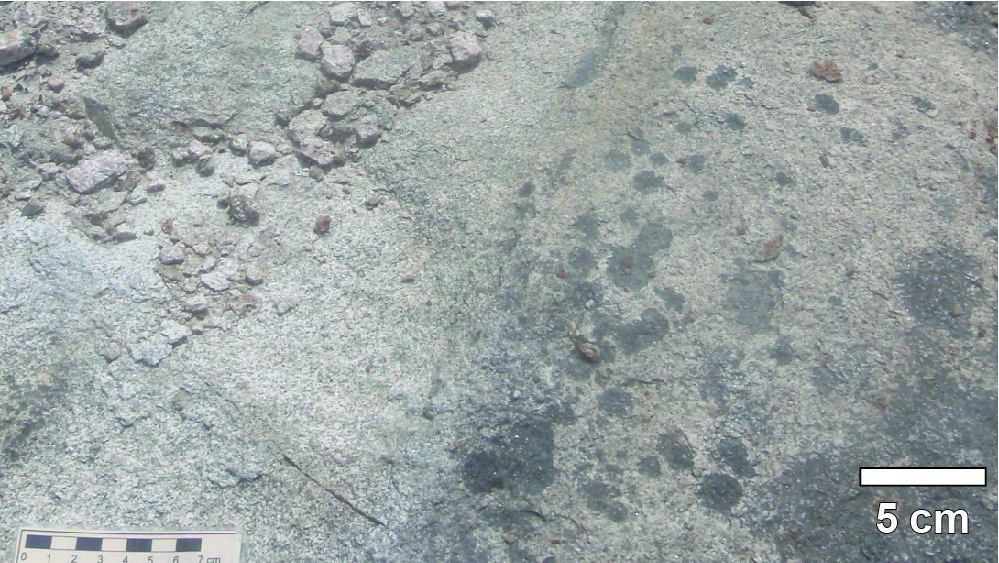 The France Pluton was first recognized as a biotite granite by Gilbert (1958) when mapping the Bignell area. It was described as a granodioritic pluton by Lacoste (1982) and Duquette (1982). Finally, Caty (1979) and Morin (1999) obtained a composition ranging from monzodiorite to quartz diorite. 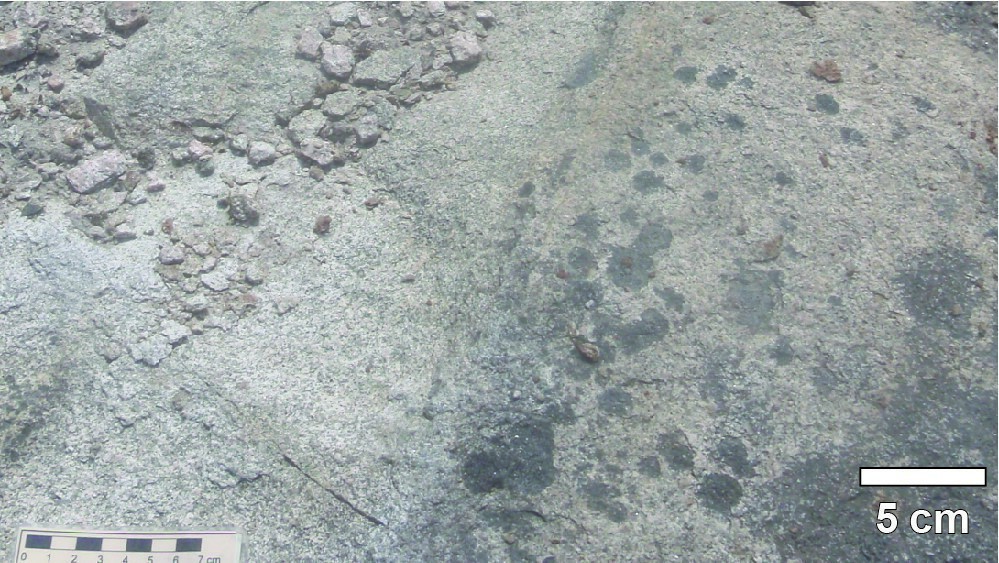 According to Morin (1999, p. 17): “This pluton is fine grained and fairly homogeneous and has a composition varying from monzodiorite to quartz diorite (Afra). The rock is salmon pink with a greenish shade. It contains 15-20% quartz, 15-20% K-feldspar, 50–55% plagioclase and less than 10% biotite. The France Pluton contains many xenoliths of mafic to ultramafic rocks, one of which, in the eastern part of the pluton, is 1.5 km long and 0.75 km wide. North of the France Pluton, small syenite (I2D) and quartz monzonite (I2E) lenses were observed. These could be satellite masses of this pluton.”