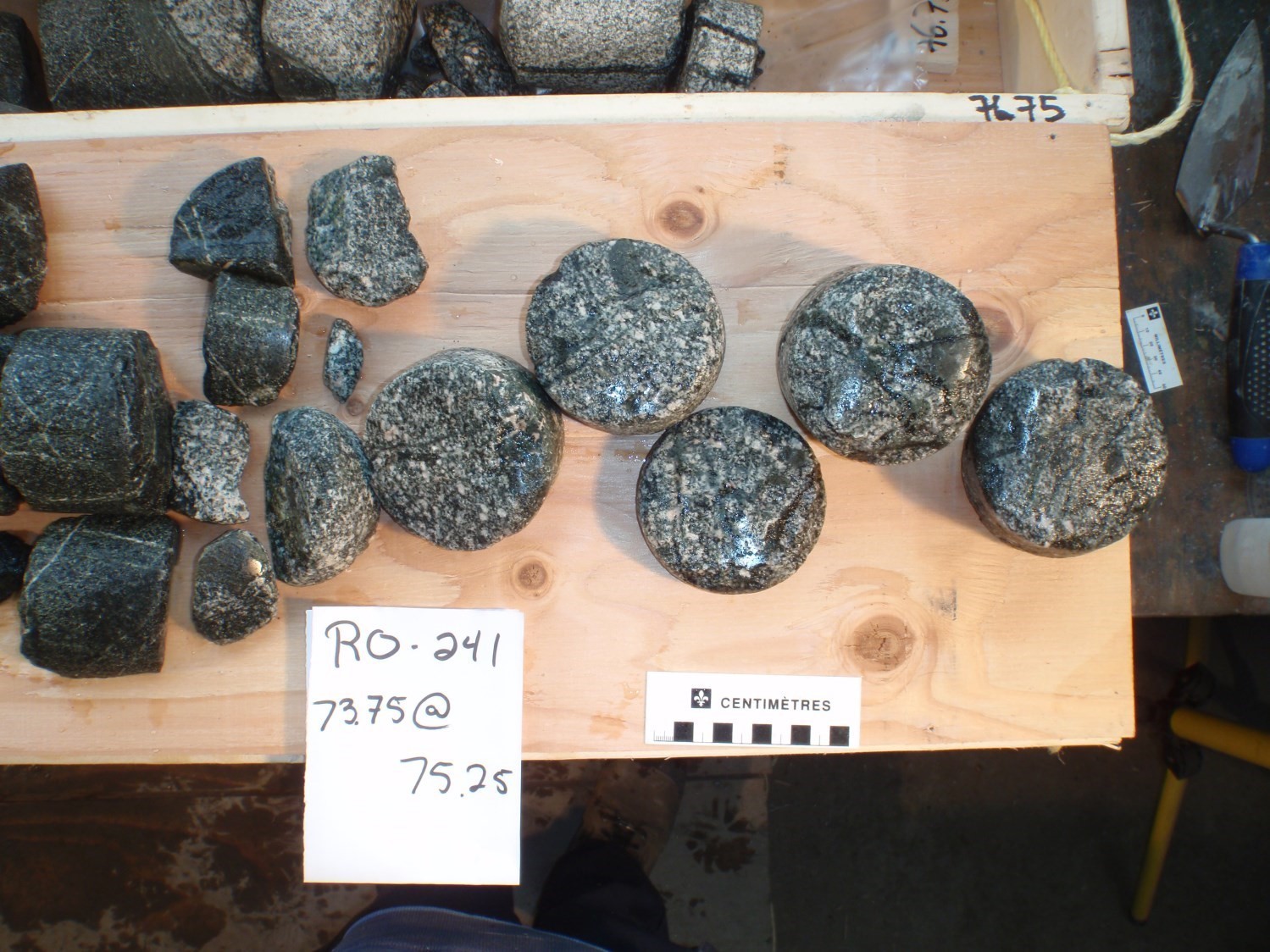 This dioritic intrusion is little known due to the lack of outcrops resulting from the relatively large Quaternary cover. Deschênes and Allard (2014) initiated their description based on data from the Octave River sonic drilling project. Based on the reanalysis of available data, Guemache (2020) proposes the name Coigny Pluton after a river located ~2 km further north. 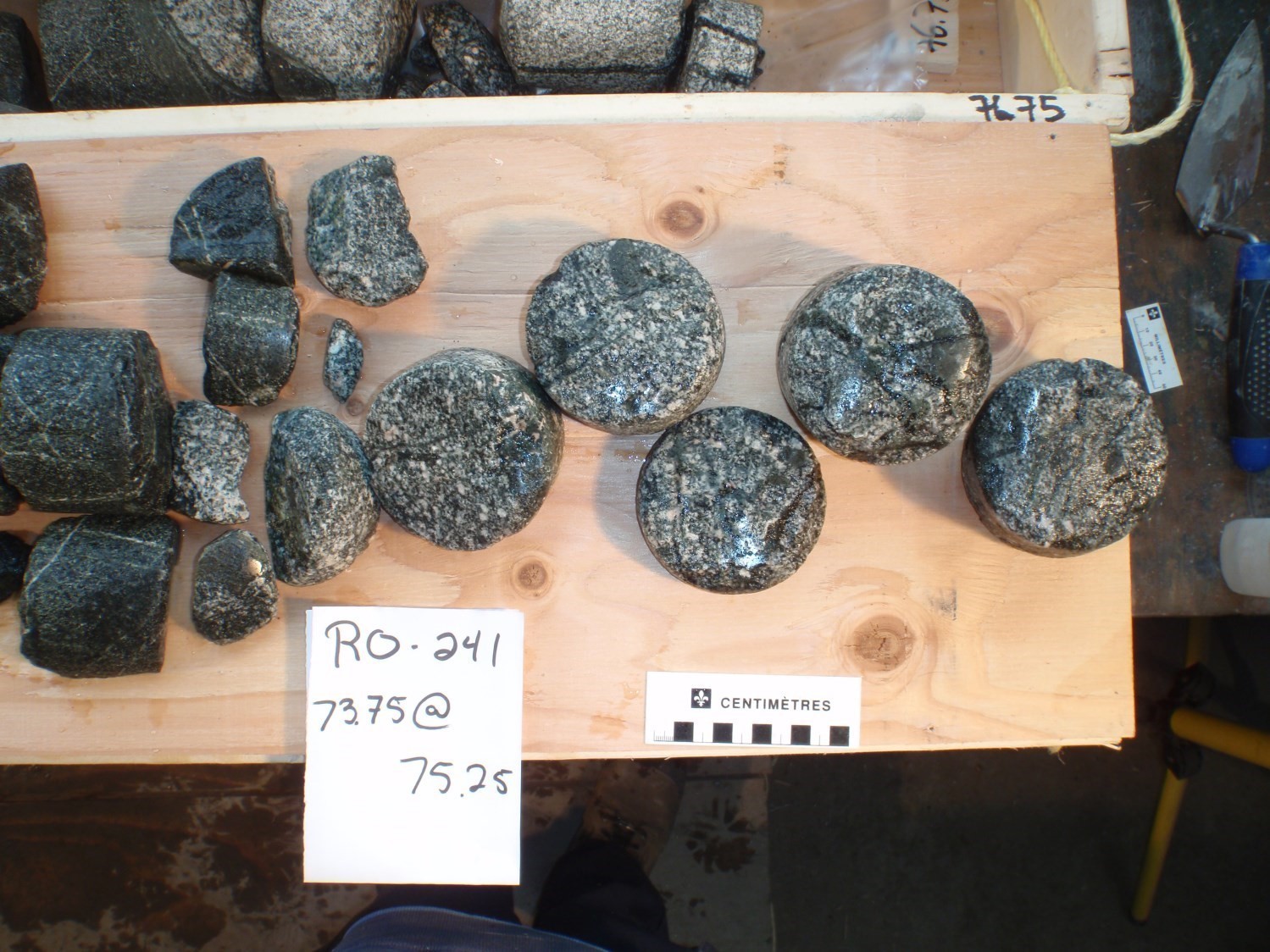 Using the two sonic drillings RO-240 and RO-241 that intercepted the pluton – which are the only direct observation of this intrusion to date – Deschênes and Allard (2014) described a massive dioritic unit (lithological label I2Ja), which is coarse-grained at the centre and generally medium-grained towards the edge. According to Guemache (2020), this unit has a dioritic to monzodioritic composition and is massive to foliated, banded in places. The greenish grey melanoratic rock is mainly composed of plagioclase, hornblende and minor K-feldspar. It locally shows a porphyraceous texture associated with the presence of plagioclase phenocrystals. Clinopyroxene and biotite are ubiquitous and associated with amphibole. Under the microscope, the mineralogical assemblage includes more or less sericitized plagioclase, scarce microcline (<15%), hornblende (10-40%), biotite (10-20%) and clinopyroxene (5-10%). Quartz is scarce (<5%). Pyroxene grains are commonly surrounded by an amphibole rim (poikiloblastic actinolite or green hornblende), indicating an uralitization process. The rock contains relatively abundant﻿ epidote and titanite, as well as apatite, zircon and magnetite as accessory minerals. Calcite (<5%) is relatively abundant in some areas. Amphibolite enclaves are present, as are small felsic intrusions. The latter are unlikely to be associated with the Bernetz Intrusion as suggested by Deschênes and Allard (2014), due to the syntectonic nature of this large neighbouring intrusion (Guemache, 2020).