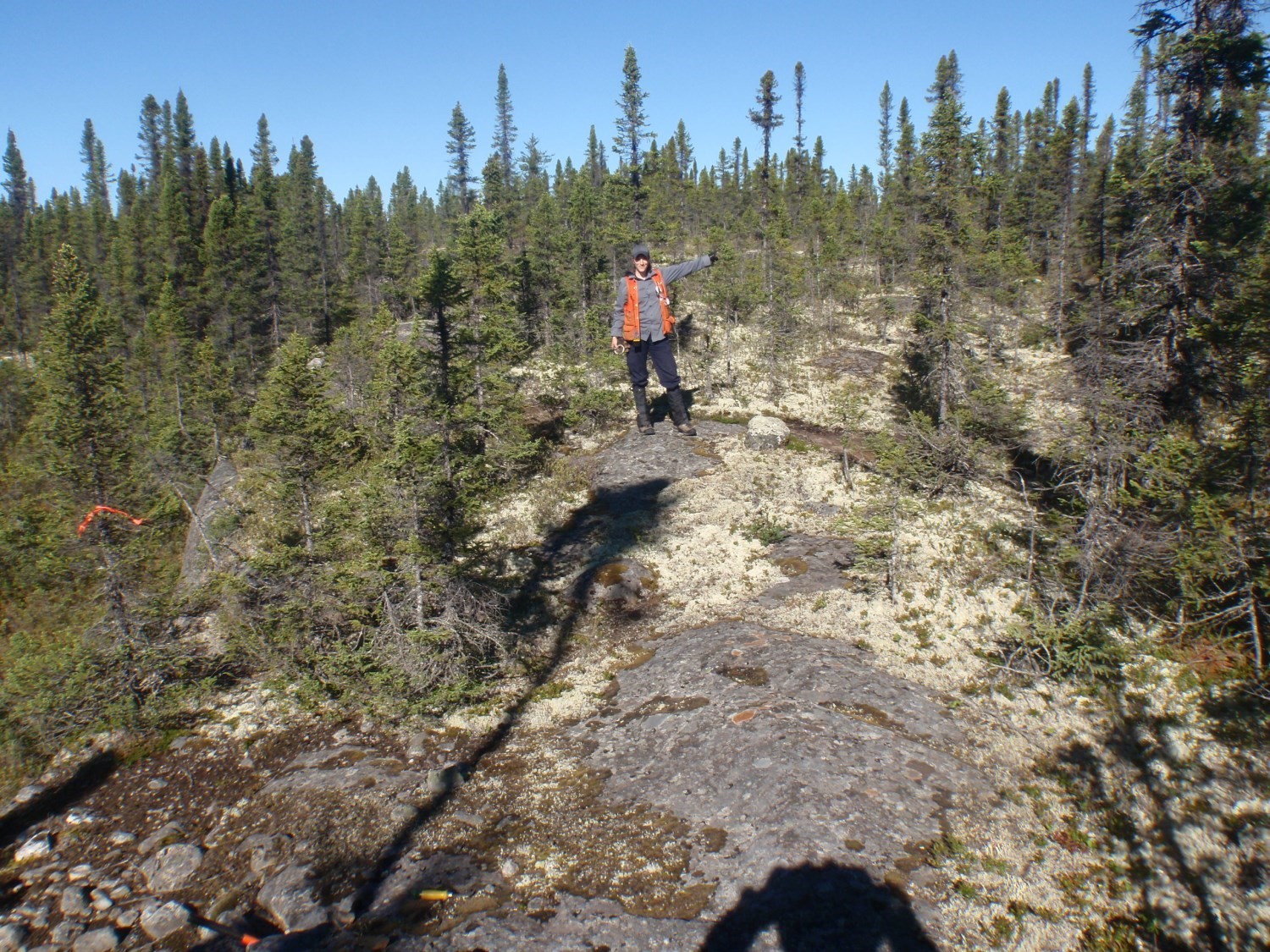 The Sarane Metagabbro was defined by Gigon and Goutier (2017) following the 2013 fieldwork. The unit’s name corresponds to the first name of the geologist involved in the discovery of this unit, given the scarcity of toponymic elements in this area. 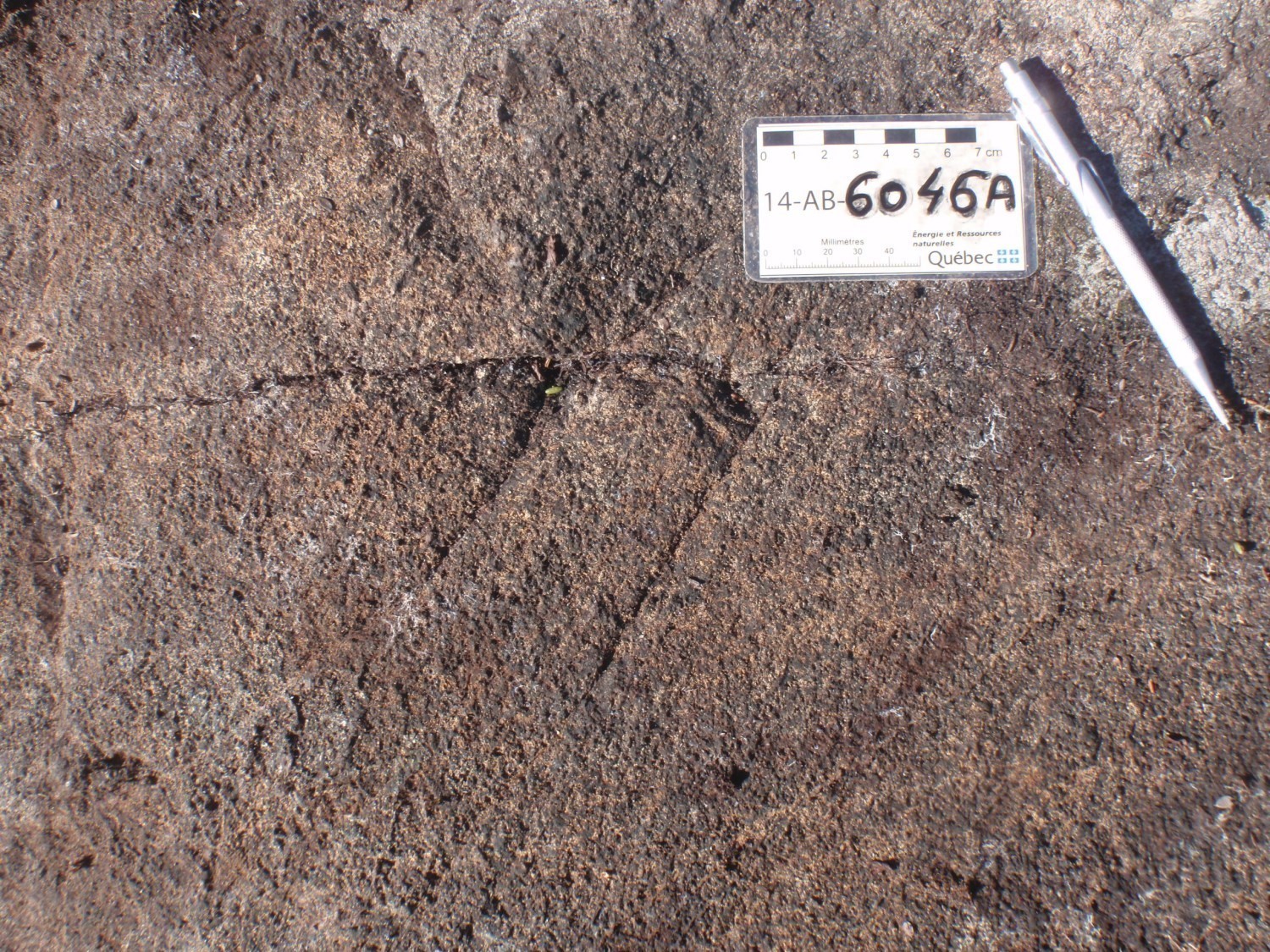 The Sarane Metagabbro is a mafic unit consisting mainly of amphibolite derived from gabbro (Gigon and Goutier, 2017). The rock is fine to medium grained and has a white and green alteration patina and fresh surface. It is sparsely foliated. In thin section, the magmatic texture is generally recognizable, but metamorphism and deformation have resulted in partial recrystallization of the rock with the formation of a heterogranular polygonal texture. Primary pyroxenes are thus transformed into amphibole aggregates. Some horizons are much more deformed and show mylonitic or banding textures.

The Sarane Metagabbro is a mafic intrusion nearly 1 km wide by 20 km long (sheets 33H01, 33H02 and 33H08). It covers an area of ~14 km². The form and extension of the intrusion are based on the signature of the total residual magnetic field vertical gradient.