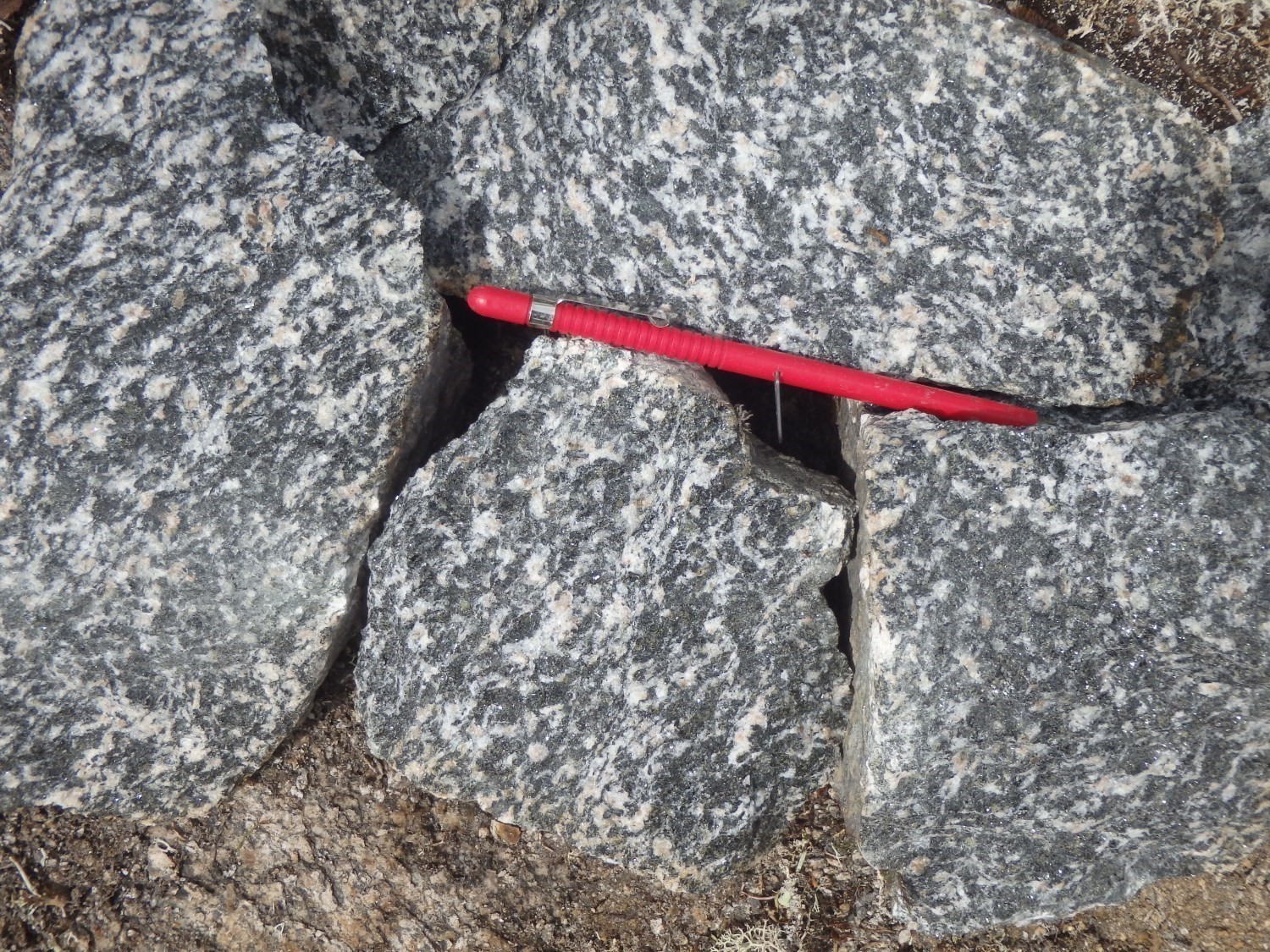 The Lac au Bout Intrusion is a unit introduced by Bandyayera and Daoudene (2017) to describe an intrusive package of intermediate rocks in the Rodayer Lake area, emplaced between migmatitic paragneiss of the Nemiscau Subprovince to the north and the Colomb-Chaboullié Group volcano-sedimentary assemblage to the south. 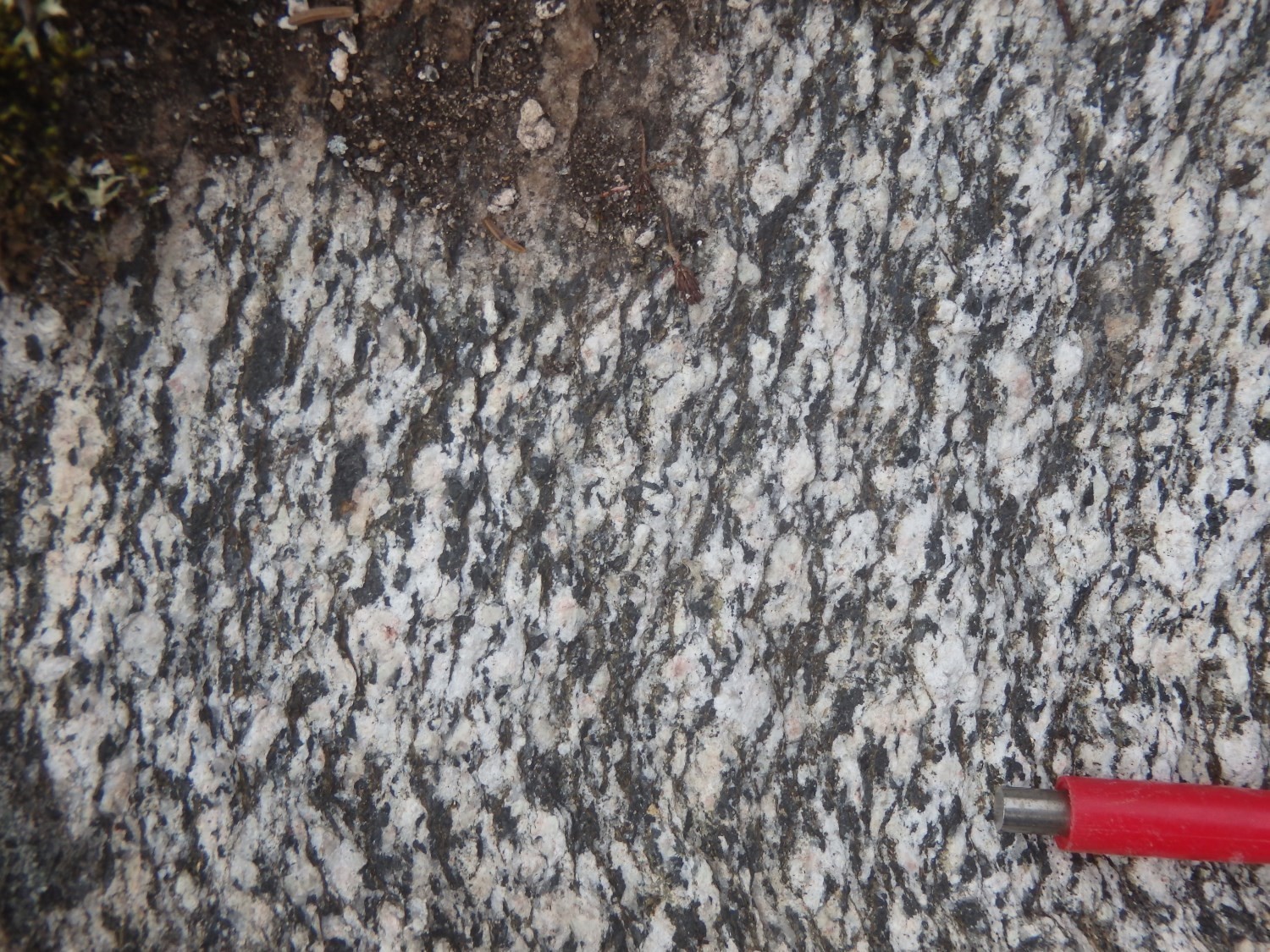 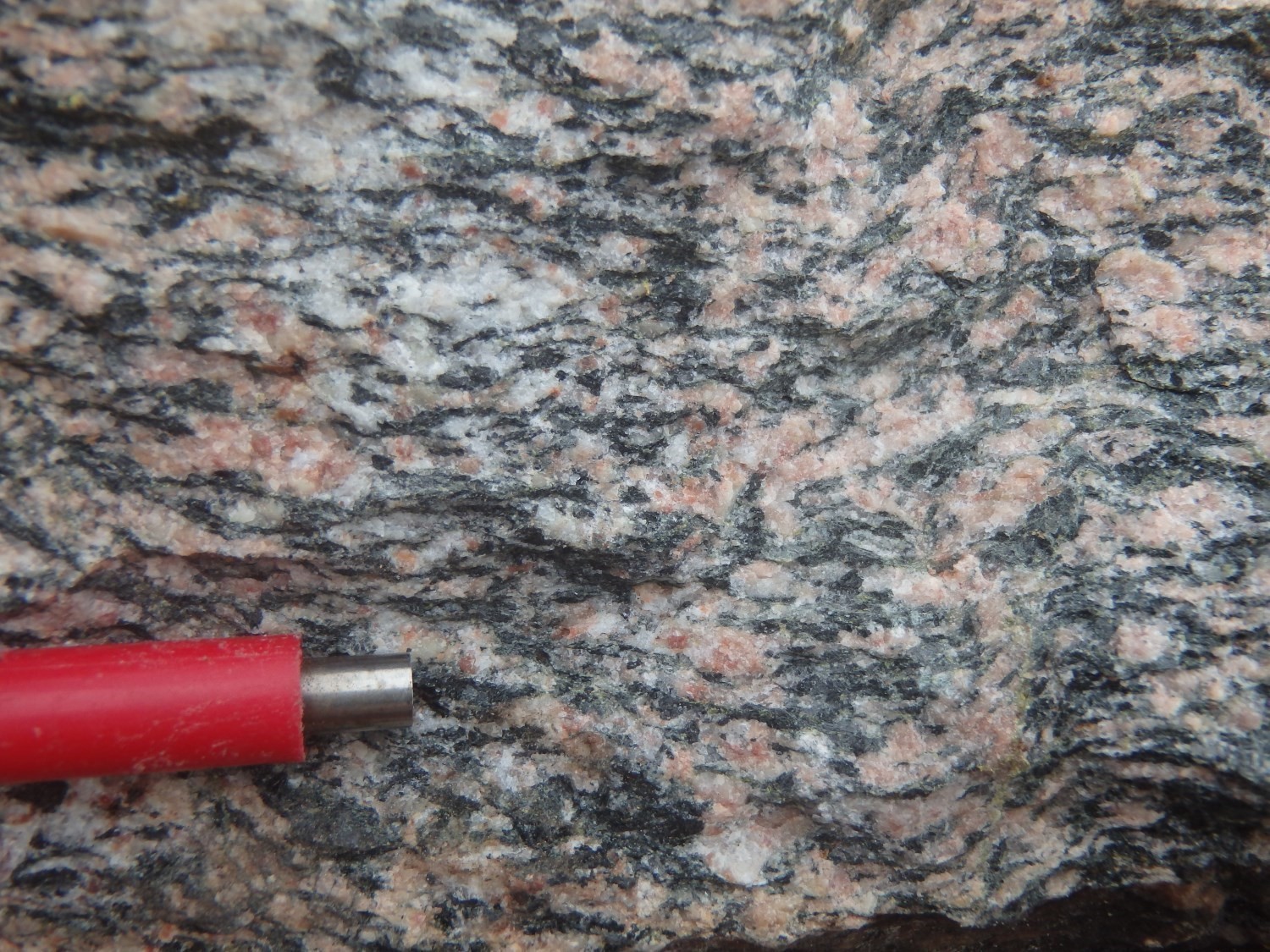 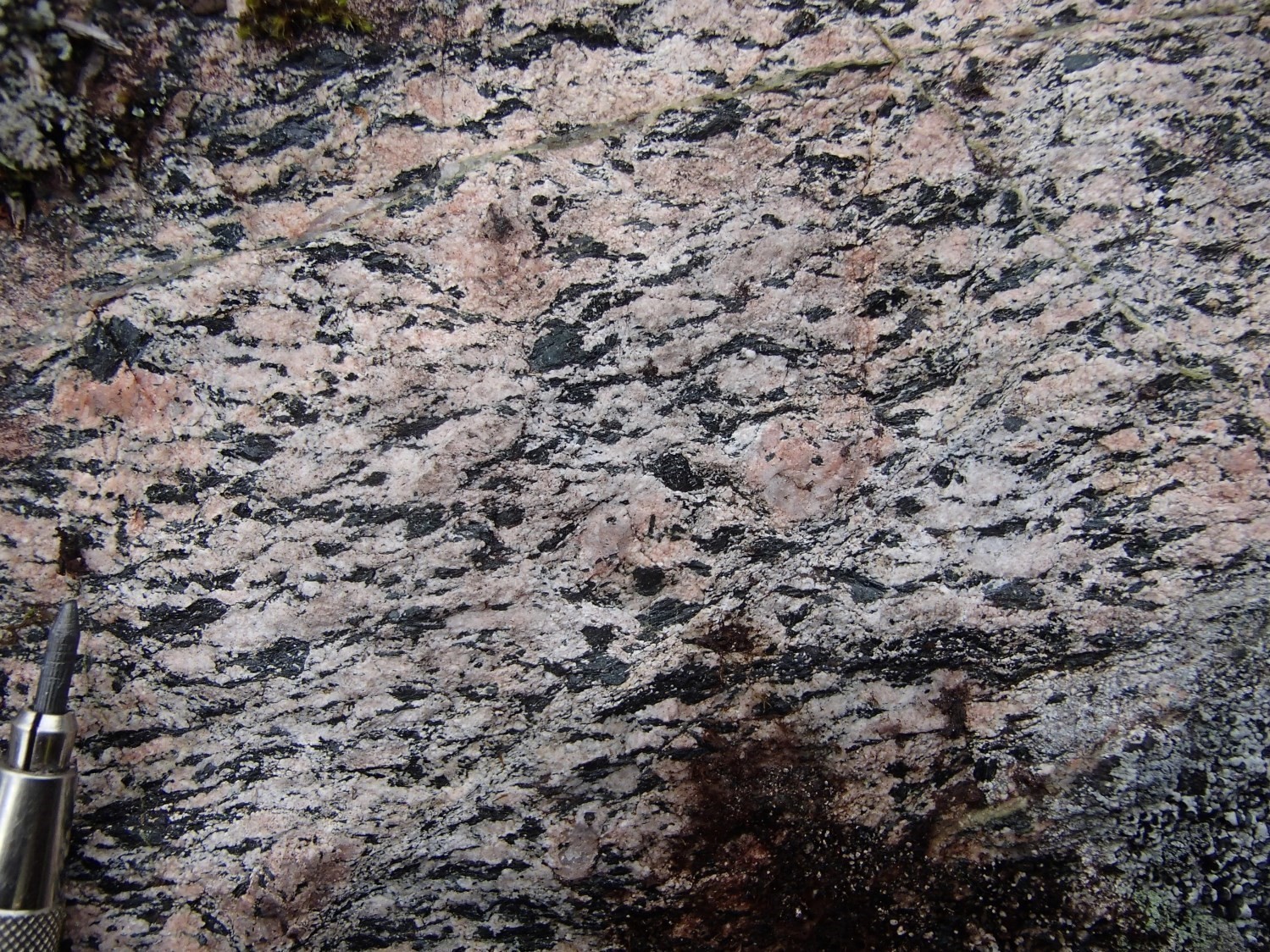 The Lac au Bout Intrusion consists of highly foliated, granoblastic, medium-grained, generally magnetic and hematitized diorite and monzodiorite. In altered surface, the rock is whitish grey and often shows reddish spots in the centre of plagioclase crystals. In fresh exposure, the rock is rather reddish to greenish. The reddish colour is due to pronounced hematitization of plagioclase, while the greenish colour reflects amphibole which makes up 30 to 50% of the rock. In addition to hornblende and feldspars, the rock contains biotite, chlorite and epidote. In places, epidote occurs as veinlets.

Diorite is homogeneous and even grained, while monzodiorite is characterized by the presence of locally zoned centimetric K-feldspar phenocrystals (10%). At the edge of the intrusion, the rock is heavily deformed, porphyroclastic and shows plagioclase fragments reoriented in the mylonitic foliation. In porphyraceous monzodiorite, K-feldspar phenocrystals are deformed, stretched or flattened.

The Lac au Bout Intrusion is over 25 km long and 5 km wide. It is primarily located between the Broadback River and the Lake au Bout.