The name was introduced by Wardle et al. (1992) to group mafic intrusions of the Labrador Peninsula, both the diabase dykes and the deformed and metamorphosed Archean intrusions. Wardle et al. (1993) redefine the term to describe garnet dykes from the end of the Archean to the beginning of the Mesoproterozoic that outcrop in the area of Cape Kakkiviak and Home Island in Labrador. Mathieu et al. (2018) decided to use the name in its original use for Mesoproterozoic diabase dykes. 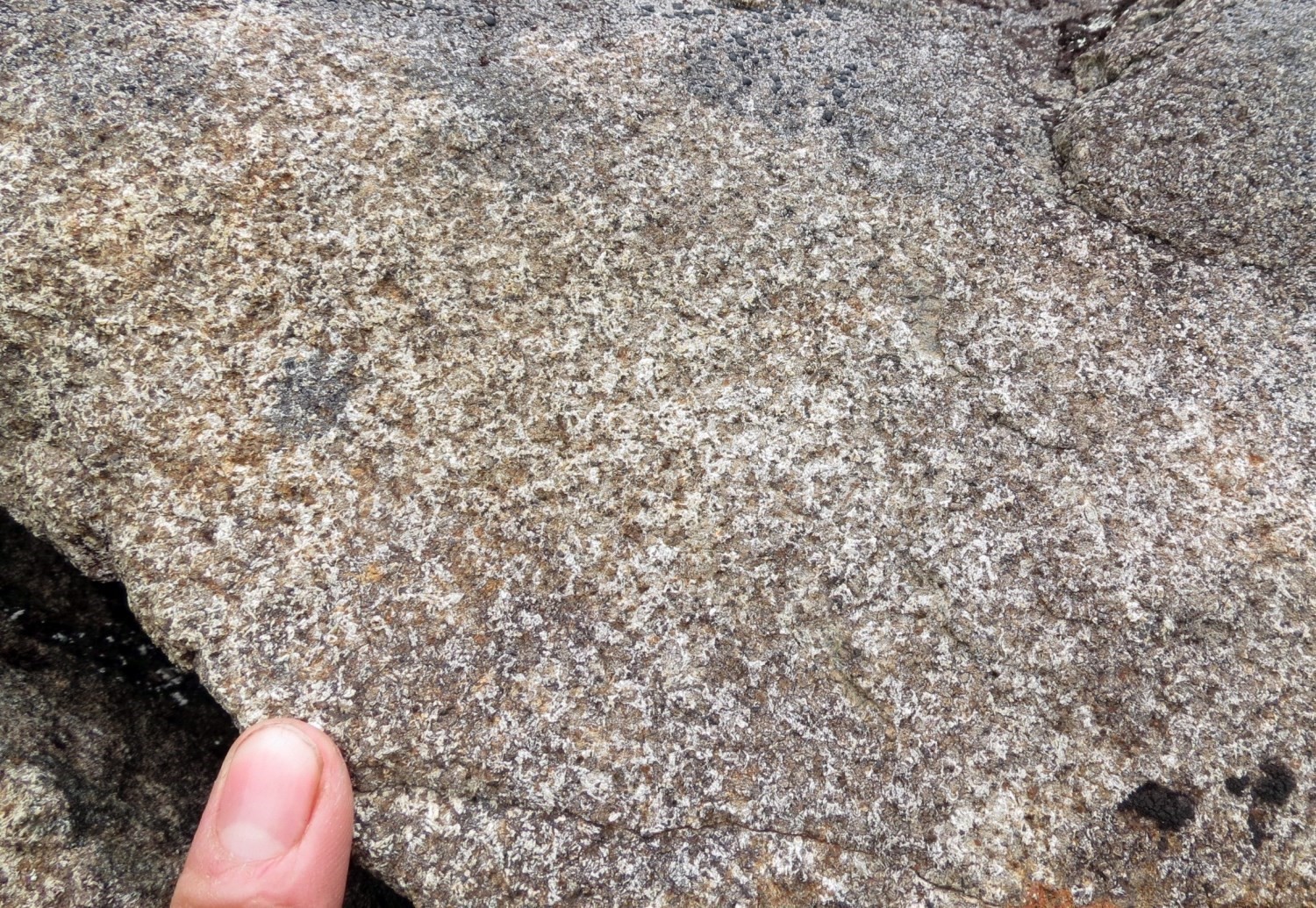 Avayalik Dykes consist of subophitic gabbronorite and gabbro, locally with olivine, undeformed and weakly metamorphosed. They are fine to medium-grained and have a medium brown patina and a fir green fresh surafce. Dykes frequently have an aphanitic chilled margin. Plagioclase slats represent 35 to 60% of the rock and are weakly to moderately sericitized or, in places, replaced by scapolite. Samples are highly magnetic, with 5 to 10% angular opaque minerals observed under the microscope. Mafic minerals are represented by clinopyroxene and orthopyroxene in equivalent proportions. They also include olivine, variably serpentinized, and minor amounts of biotite, phlogopite, green hornblende and carbonate. Locally, quartz-plagioclase and plagioclase-clinopyroxene (rimming orthopyroxene) symplectites are observed. Clinopyroxene is locally uralitized and then has hornblende rim. Orthopyroxene is replaced to varying degrees by iddingsite, carbonate and oxides. Accessory minerals are scarce and are represented by apatite, zircon and sulphides.

This unit groups massive gabbronorite dykes oriented 045º to 110º, mapped in the northern and northeast part of Falcoz Domain, and in the Burwell Domain, namely Grenfeld Sound (NTS sheet 25A), Point le Droit (sheet 24P) and Koroc River (sheet 24I) areas. Thickness varies from a few centimetres to several hundred metres. Lineaments interpreted from satellite imagery are followed over a maximum of 20 km. Dykes are often subvertical, although weak dips are observed in the Torngat Mountains. 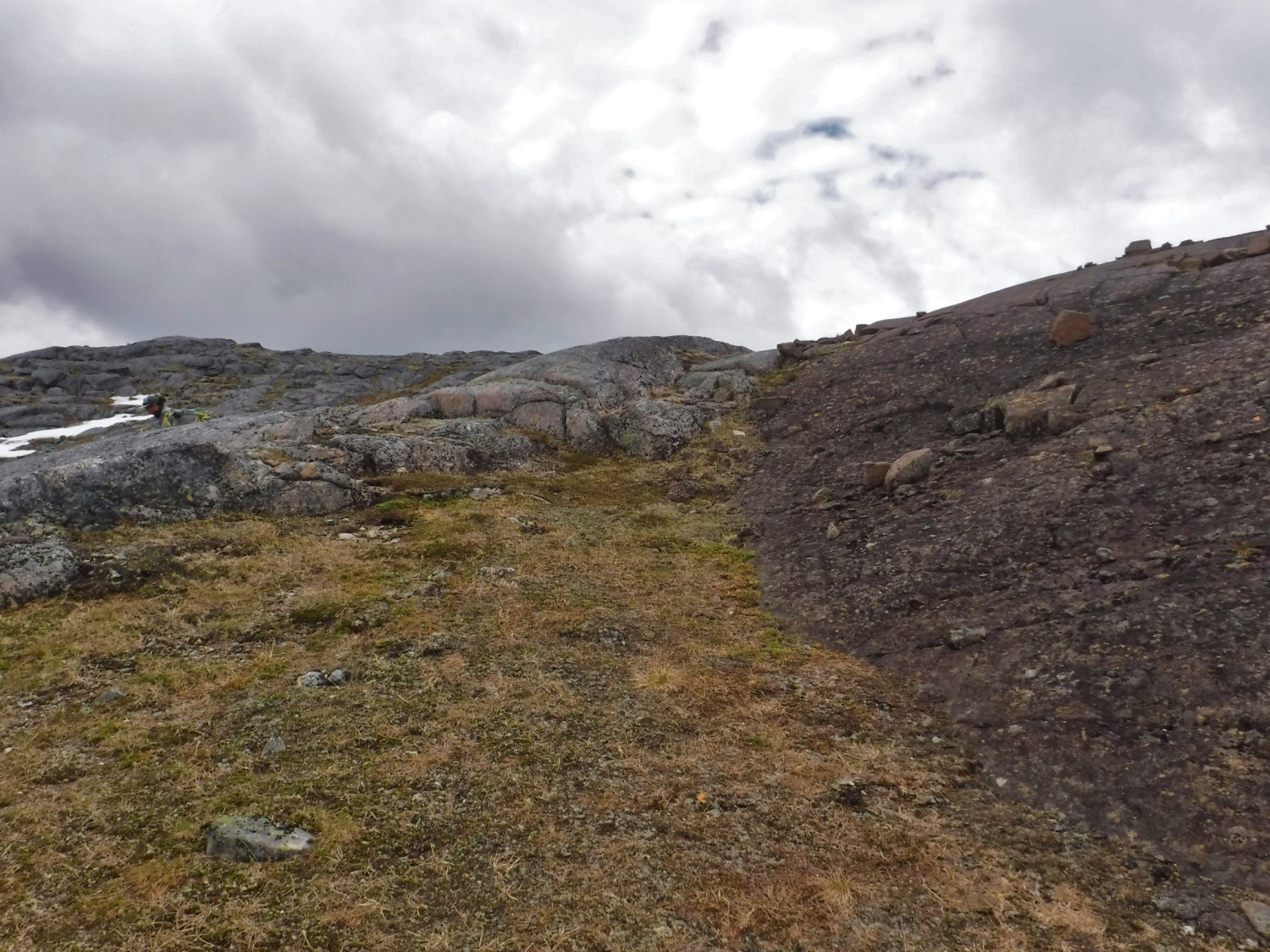 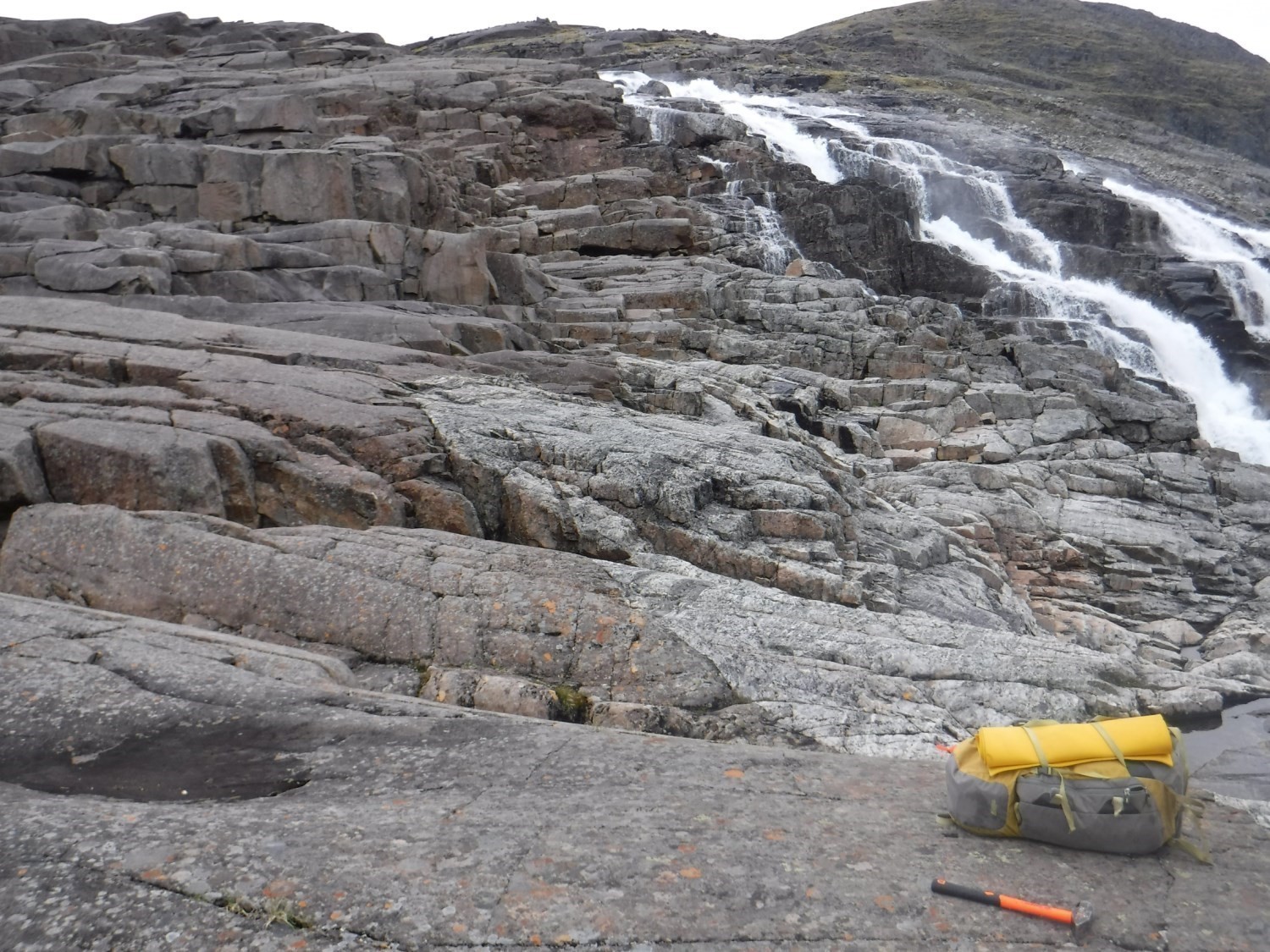 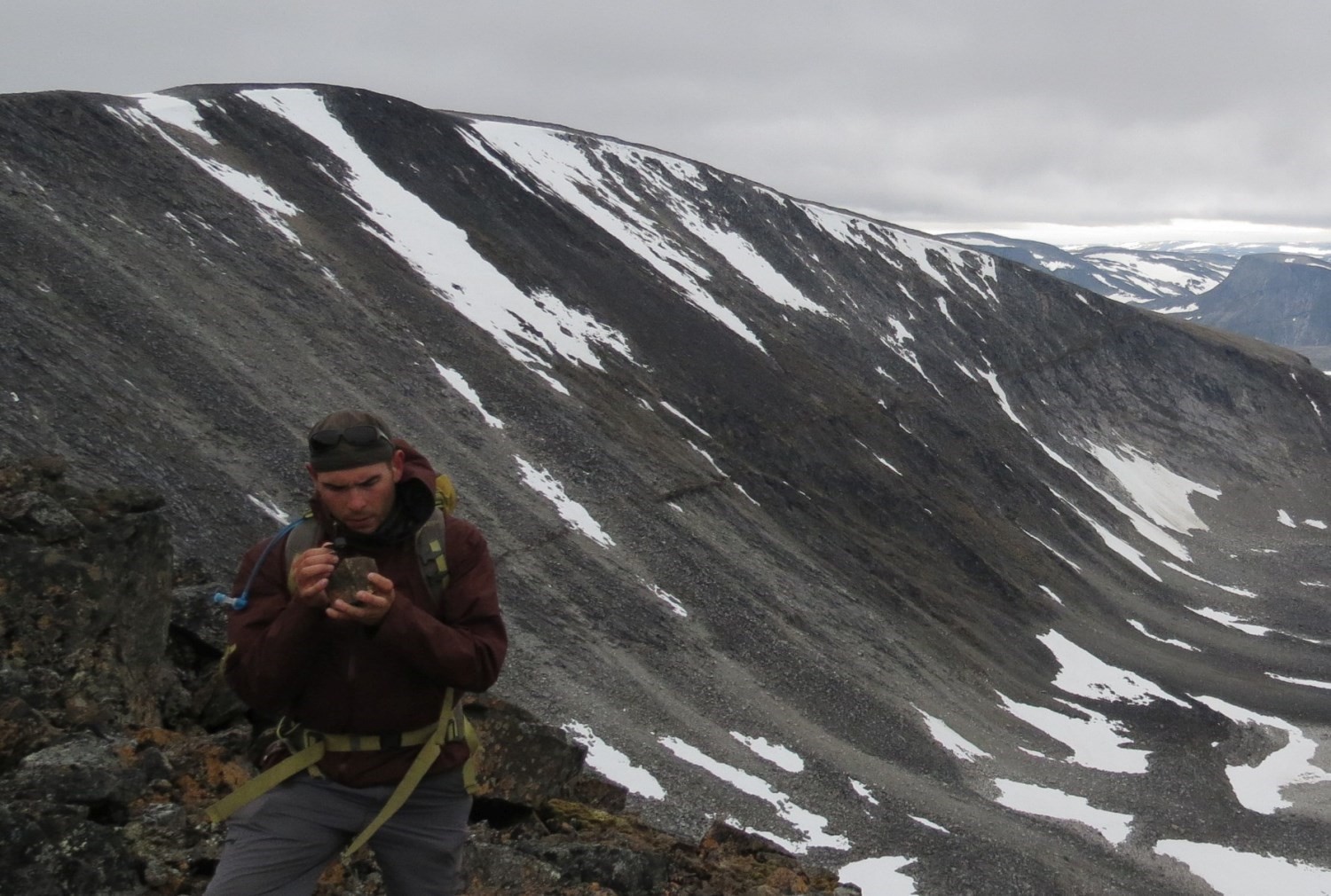 Dykes cut all the surrounding lithologies of the Burwell and Falcoz domains; contacts are frank and sharp. During the summer of 2017 (Mathieu et al., 2018), frank cros-cutting relationships were observed with the Killinek and Qarliik suites, as well as with the Fougeraye, Sukaliuk, Kangiqsualujjuaq and Noodleook complexes.